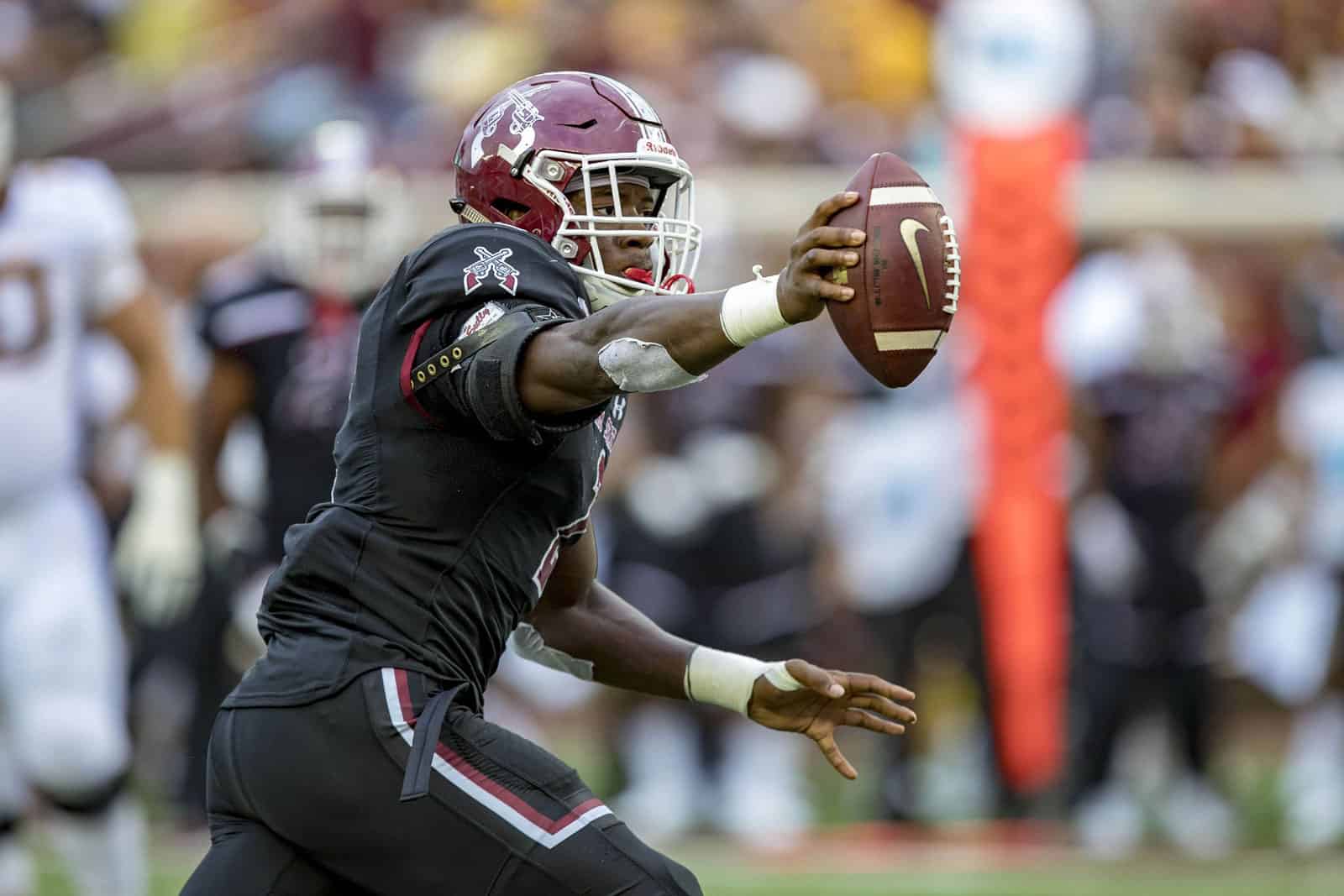 The New Mexico State Aggies have officially released their 2019 football schedule, and it includes games at Alabama, Ole Miss, and Washington State.

New Mexico State, an FBS Independent, opens the 2019 season with back-to-back road games against teams from Power Five conferences. NM State opens the season in Pullman against the Washington State Cougars on Saturday, Aug. 31 and then travels to Tuscaloosa to take on the Alabama Crimson Tide on Saturday, Sept. 7.

The Aggies host their first home contest at Aggie Memorial Stadium in Las Cruces against the San Diego State Aztecs on Saturday, Sept. 14. Then on Sept. 21, NM State travels to take on the in-state rival New Mexico Lobos on Sept. 21.

New Mexico State then hosts consecutive home games against the Fresno State Bulldogs on Sept. 28 and the Liberty Flames on Oct. 5. Next, the Aggies travel to Mount Pleasant to play the Central Michigan Chippewas on Oct. 12 before enjoying their first off week of the season on Oct. 19.

NM State then travels to Statesboro to play the Georgia Southern Eagles on Oct. 26 before their second and final off week of the season on Nov. 2.

On Nov. 9, the Aggies travel to face their second SEC opponent of the season, this time to Oxford to take on the Ole Miss Rebels.

New Mexico State returns home to the friendly confines of Aggie Memorial Stadium to host the Incarnate Word Cardinals on Nov. 16, followed by the UTEP Miners on Nov. 23.

The Aggies close out the 2019 regular-season on the road at the Liberty Flames on Nov. 30. It’s the second-consecutive season that NM State and Liberty will play an in-season home-and-home series.

“The 2019 football schedule is one of the more challenging in school history,” said Director of Athletics Mario Moccia. “Playing three Power 5 schools is not something we want to do in future years but when you are independent you sometimes have to do things you normally wouldn’t, to insure the minimum home game requirements. The guaranteed money generated from these games will go to the mandated deficit payback plan the Department of Athletics has been on for almost a decade where we have balanced our budget eight out of the last nine years. Our rivalry games take on a bit of a different twist with UTEP being played in November, then for the second consecutive year we will play an FCS opponent, and will host two Mountain West conference opponents in San Diego State and Fresno State. Many thanks to Dave Brown of Gridiron for his assistance as well as Deputy AD/COO Braun Cartwright in their work on football scheduling, it is not an easy process.”

No one wants to have two byes in three weeks, but independents always seem to have trouble scheduling at that time of year.