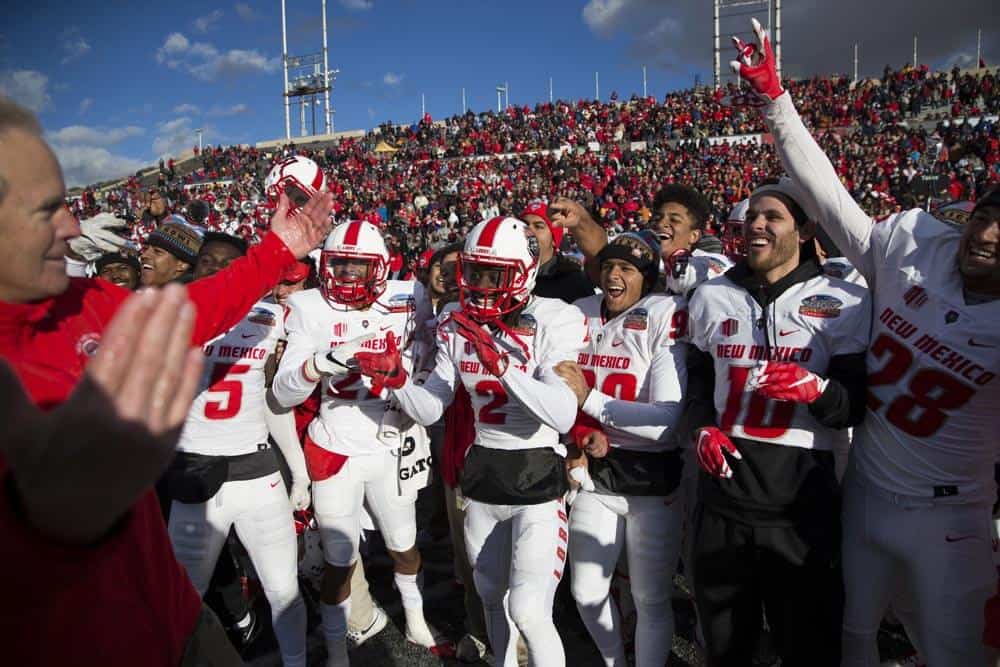 Copies of contracts for each opponent, except UCLA, were obtained earlier today from the University of New Mexico via a public records request.

According to a copy of the contract, the teams will not trade guarantees and there is a $750,000 penalty for breaching the agreement.

Liberty is currently transitioning to the FBS from the FCS. The Flames will begin play as an FBS Independent for the 2018 season.

New Mexico will open the 2021 season at home against the Houston Baptist Huskies on Sept. 4. HBU will receive a $385,000 guarantee for the game, according to a copy of the contract.

Houston Baptist played a developmental season in 2013 and officially began playing football during the 2014 season. They are a member of the Southland Conference in the Football Championship Subdivision (FCS).

New Mexico will travel to College Station to take on the Texas A&M Aggies on Sept. 18, 2021. Per a copy of the contract, the Lobos will receive a $1.1 million guarantee for the game.

The Lobos are also scheduled to visit College Station this season on Nov. 11. The two schools have met three times in their history and the Aggies lead the series 3-0.

New Mexico also announced this evening that they have added a future game at UCLA. The Lobos will travel to face the Bruins at the Rose Bowl on Sept. 13, 2025 and they will receive a $1.2 million guarantee.