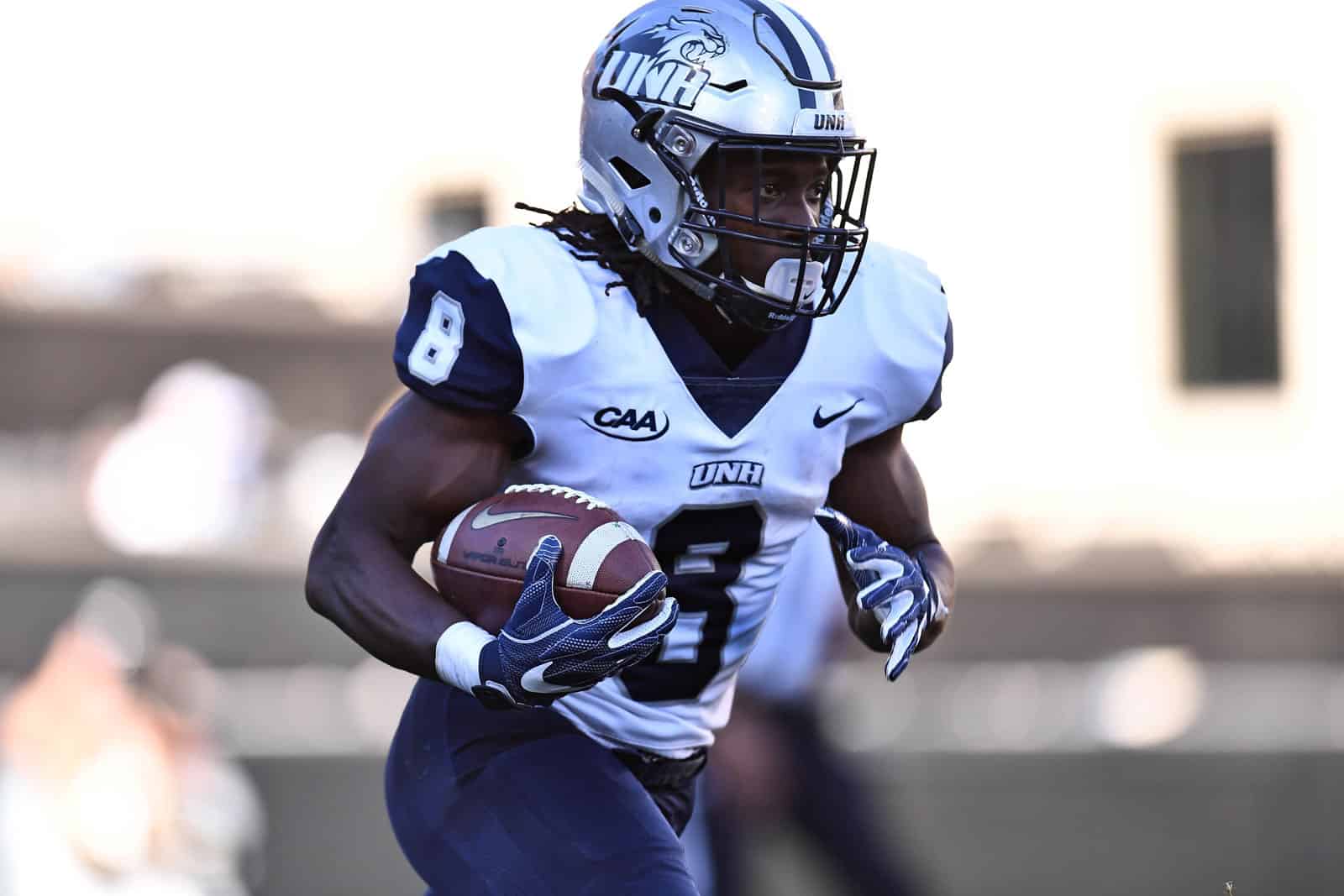 The New Hampshire Wildcats will play at the Kansas Jayhawks in 2020 and at the Pitt Panthers in 2021, the school announced on Wednesday.

UNH director of athletics Marty Scarano also confirmed that the Wildcats will play at Florida International on Sept. 14, 2019, which was previously announced.

New Hampshire is a Football Championship Subdivision (FCS) team and plays in the Colonial Athletic Association (CAA). The Wildcats finished the 2018 season 4-7 overall and 3-5 in conference play.

UNH will travel to take on the Kansas Jayhawks of the Big 12 at Memorial Stadium in Lawrence on Sept. 5, 2020. The game will be the first-ever meeting between the two schools on the gridiron.

Kansas was previously scheduled to host Wagner on Sept. 5, 2020 and has now removed that game from their official website. It is not currently known if that game will be played in a future season.

The Jayhawks also have non-conference games scheduled in 2020 at home against Boston College on Sept. 19 and at Coastal Carolina on Sept. 26.

New Hampshire will travel to Heinz Field in Pittsburgh, Pennsylvania, to face the Pitt Panthers on Sept. 25, 2021. This will be the second meeting between the two schools following a 38-16 Pitt victory over UNH back in 2010.

The Wildcats are the second non-conference game scheduled for Pitt in 2021. The Panthers are slated to play at Tennessee on Sept. 11 and need two additional non-conference opponents that season.