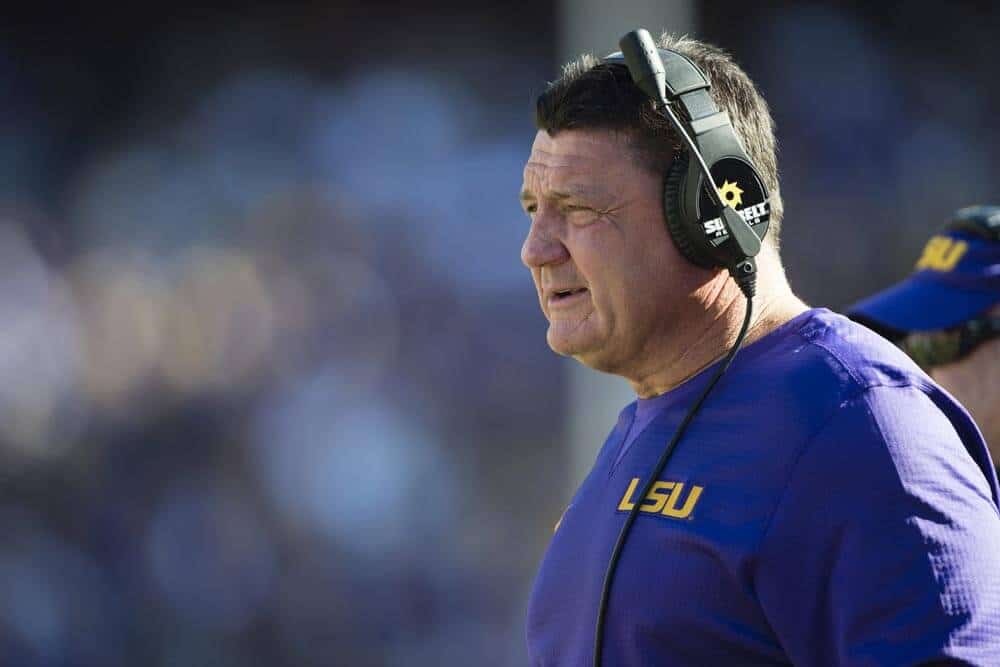 In 2017, 21 new head coaches will stalk the sidelines in the FBS. All will be tasked with improving on what the last guy did. If not, given the high pressure world of major college football, they’ll become the last guy.

What could either help or hurt each is the schedule – the predetermined set of opponents with the power to make the inaugural season a bust or boom all on its own. What follows are the extremes in both scenarios.

The schedule rankings are via Phil Steele for ESPN.com who identified college football’s “most brutal” slates for 2017.

Tim Lester may have the toughest act to follow in the FBS in 2017, taking over for P.J. Fleck (now at Minnesota), who led Western Michigan to a 13-1 mark and a No. 15 rank in the final AP last season. Both were first-ever achievements in program history.

What saves the Broncos’ schedule from being ranked even lower is a season-opening double-whammy at USC and at Michigan State. What makes it easier is a visit from Idaho and FCS Wagner to balance out the non-league slate combined with drawing Akron and Kent State from the MAC East.

Lester played quarterback for WMU in the late 1990s and most recently served as the quarterbacks coach at Purdue.

Luke Fickell takes over for a Cincinnati program that skidded to a 4-8 mark last season. It hasn’t been ranked since 2012, the final year of the Big East.

The good news is, the Bearcats’ schedule sets up well for a rebound. Other than a Week 2 road trip to Michigan, it could be smooth sailing. Additional non-conference games are vs. FCS Austin Peay, Miami (Ohio) and Marshall. From the American West, UC draws Navy, SMU and Tulane, avoiding Houston and Memphis completely.

Fickell played for Ohio State in the 1990s and most recently spent four years as the Buckeye’s defensive coordinator. His only coaching experience outside of Columbus came from 2000-01 when he was a defensive line coach at Akron.

Davis’ schedule bodes well for his return to the sidelines. The only true juggernaut in non-league play are visits to Indiana and UCF. From across the conference in the C-USA West, the Panthers have Rice and UTSA, avoiding heavier hitters like Southern Miss and Louisiana Tech. It also gets Western Kentucky at home in Miami.

Only six teams in the FBS have an easier schedule than USF in 2017, making Charlie Strong’s quest to reprove himself one step easier.

The only Power team on the Bulls’ schedule is a visit from Illinois, which has suffered five consecutive losing seasons. Other than that, it’s San Jose State, FCS Stony Brook and UMass. In cross-divisional play, USF did draw Houston, but also got Tulane and Tulsa to soften the blow. Navy and Memphis aren’t on the slate at all.

The easiest schedule for a new head coach in 2017 belongs to Western Kentucky’s Mike Sanford. Like Lester at Western Michigan, Sanford has big shoes to fill in taking over for the departing Jeff Brohm (now at Purdue), who led the Hilltoppers to double-digit win finishes in 2015 and 2016.

Like Strong at USF, Sanford plays Illinois early but adds on a road trip to Vanderbilt in November. What makes easier is the C-USA portion of the slate – Louisiana Tech, UTEP, Charlotte, Old Dominion, FAU, Marshall, Middle Tennessee and FIU. Of the eight, only three posted winning records in 2016.

Sanford played quarterback at Boise State from 2000-04 and most recently served as the offensive coordinator at Notre Dame (2015-16). This is his first head coaching job.

Jeff Brohm’s move from Western Kentucky to Purdue not only promotes him from Conference USA to the Big Ten, it ramps us his schedule strength by 88 slots.

The Boilermakers are the only team in the Big Ten to have two Power opponents outside of league play in 2017 – Louisville in Indianapolis in the opener and a road trip to Missouri two weeks later. Though they avoided Ohio State and Penn State out of the East division, they did pick up Michigan. They also got Wisconsin on the road, where they haven’t won since 2003.

Justin Wilcox takes over for a Cal program that’s only managed a single winning season in the last five. His schedule is the fifth hardest in the Pac-12 and in the top quarter in the FBS.

The challenge starts early for Golden Bears with a cross-country road trip to North Carolina in the opener and a visit from Ole Miss in Week 3. From the Pac-12 South, they drew both USC and Colorado, the two preseason heavy weights. If that weren’t enough, Cal gets both Washington and Stanford on the road this season.

Georgia State’s complimentary gift for making it five years as an FBS program is a Top 25 rated schedule. It will make Shawn Elliott’s task to improve on the school’s 10-39 all-time mark even more difficult.

The toughest date on the Panthers’ slate is a Week 3 visit to Penn State. Then there’s a visit from Memphis, which is 27-12 since 2013. All in all, they play seven opponents that finished last season with a winning record and six that made a bowl game.

Jeff Tedford was the head coach at Cal from 2002-12, he takes over for a Fresno State program that’s only won four games in the last two years.

The Bulldogs’ top ten ranked schedule, more difficult than 123 other FBS teams, is anchored by back-to-back road trips to Alabama and Washington in Weeks 2 and 3. If that weren’t enough, they host BYU in Week 11 and then draw Boise State from across the MWC in the East division.

Ed Orgeron served as LSU’s interim head coach for eight games in 2016, the same exact scenario he faced at USC in 2013. Unlike the Trojans, the Tigers opted to name him as their permanent head coach. It’s his first such nod since coaching Ole Miss to a 10-25 mark from 2005-07.

What’s not brutal is LSU’s non-SEC slate, BYU in Houston in the opener and a visit from Syracuse in Week 4. What is nasty is its league line-up – the Tigers get Alabama, Ole Miss (both fellow West division teams) and permanent cross-division rival Florida all on the road. On top of that, they draw Tennessee in Knoxville as their rotating East division opponent.

I respect Phil quite a bit but this is not even close.

South Florida
at Texas
at Utah
at BYU

What Phil fails to factor in is also PERSONNEL of these teams. Looking at the roster’s has to play a part in looking at the SOS. The Spartans don’t have the depth nor size to handle this kind of schedule plus playing 13 games,their schedule is easy a Top 10 difficult slate.
Ranking Western Michigan’s schedule at 112 is fine if WMU was a Big 10 team but for a MAC team playing both USC and Michigan State on the road??? With a team that lost a ton of key players from last year??? Just my POV.

I would wager that anyone that lists a ranking of opponents does it strictly on the strength of the opponents. Too many other variables to consider.

It all comes down to the price on the game. you must understand when you get a team on the road that can run the ball with decent defense going against a home team that is built up to more than they are the price will be high and the underdog is the play. That is where your underdog outright winners come from. THE PRICE IS SUPPOSED TO GENERATE EQUAL PLAY ON EACH SIDE but at least 25 games a year you get sucked in when something looks to good with the home favorite. That is the nature of the beast. This is not science it is record keeping and coaching trends. I used to make the line back in the early 90’s. THE BOOKMAKER WANTS TO GET 50-50 AND MAKE THE vig. SOME games however when they suck you in they make 85 % plus the 10% juice. LEARN or LOSE

We aren’t looking at this through the eyes of Vegas,Chris…..we’re looking at it as fans of the schools.

The only Power team on the Bulls’ schedule is a visit from Illinois, which has suffered five consecutive losing seasons. Other than that, it’s San Jose State, FCS Stony Brook and UMass. In cross-divisional play, USF did draw Houston, but also got Tulane and Tulsa to soften the blow. Navy and Memphis aren’t on the slate at all.” Regarding South Florida I can understand saying that Tulane will soften the blow but Tulsa? They were 10-3 last year and blasted Central Michigan in the Miami Bowl 55-10. I don’t think Tulsa is a cake walk for South Florida.