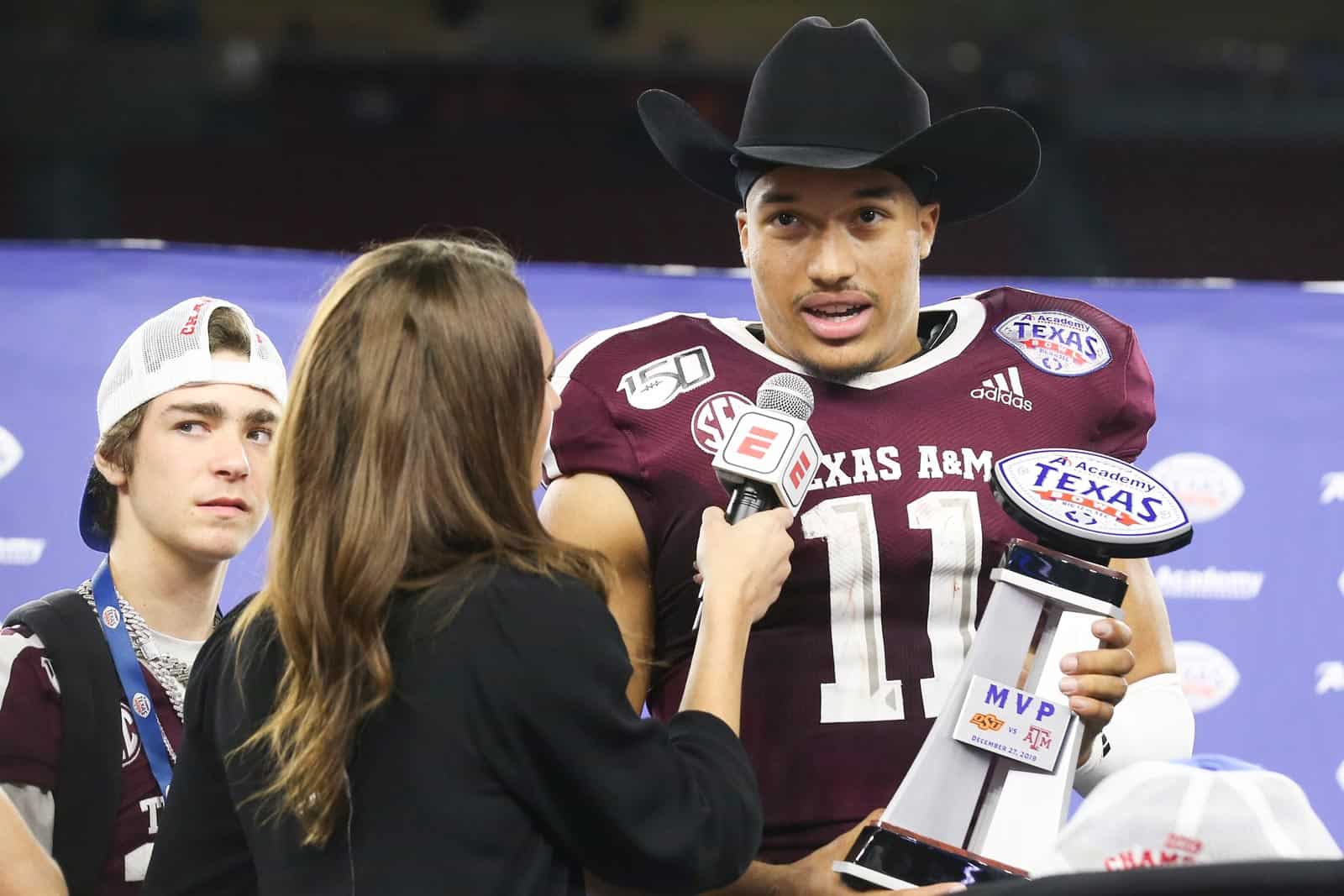 The NCAA has added a 42nd game to the 2021-22 college football bowl schedule, per a report from Brett McMurphy of The Action Network.

The newly added game will be played in Texas and is “expected” to be televised by an ESPN network, according to the report. The contest will feature teams from Group of Five conferences (American, Conference USA, MAC, Mountain West, and/or Sun Belt).

With 84 teams eligible to play in a bowl game this season, all 84 will now automatically receive a bid. Previously, one team from a group that includes Ball State, Hawaii, Miami (Ohio), North Texas, Old Dominion, and Wyoming would not have appeared in a postseason bowl game.

The 2021-22 college football bowl schedule is scheduled to kick off on Friday, Dec. 17 with two contests. The Bahamas Bowl is first at 12:00pm ET on ESPN and it will feature a matchup between Middle Tennessee and Toledo. That game is followed by the Cure Bowl at 6:00pm ET on ESPN2.

The College Football Playoff semifinal games this season will take place on New Year’s Eve, Friday, Dec. 31, 2021. Hosts in 2021 are the Goodyear Cotton Bowl Classic at AT&T Stadium in Arlington, Texas, and the Capital One Orange Bowl at Hard Rock Stadium in Miami Gardens, Fla.

Technically, there are 83 unconditionally bowl-eligible teams.

Hawaii is only conditionally bowl eligible. They finished 6-7 with a normal 13-game schedule.

This will be the first season in 5 years where every eligible team is invited to a bowl, and third overall. 2015 and 2016 both required teams with losing records to fill all bowl slots after not enough teams finished at least 6-6 with either 1 or 0 wins over an FCS team in either year.

In 2015, three 5-7 teams with high APR scores were needed to fill the bowl slots – Nebraska, Minnesota and San Jose State.

In 2016, four conditionally eligible teams were needed to fill up the bowl slots. One, South Alabama, was a 6-6 team that beat 2 FCS teams, one of which was added in the middle of the season – Presbyterian, both played each other after Florida and LSU opted to play each other as a makeup game in late November rather than the Blue Hose and Jaguars, respectively (since Presbyterian now plays non-scholarship football, in practice FBS teams are no longer allowed to schedule them). Another, like in 2021 was a Hawaii team that went 6-7 normally playing a 13-game schedule. The two remaining slots were filled by the two 5-7 teams that had the highest APR scores, North Texas and Mississippi State.

This new bowl in Texas could very well be here to stay. If the San Francisco Bowl returns next year, it will mean 43 FBS bowls not including the CFP title game.