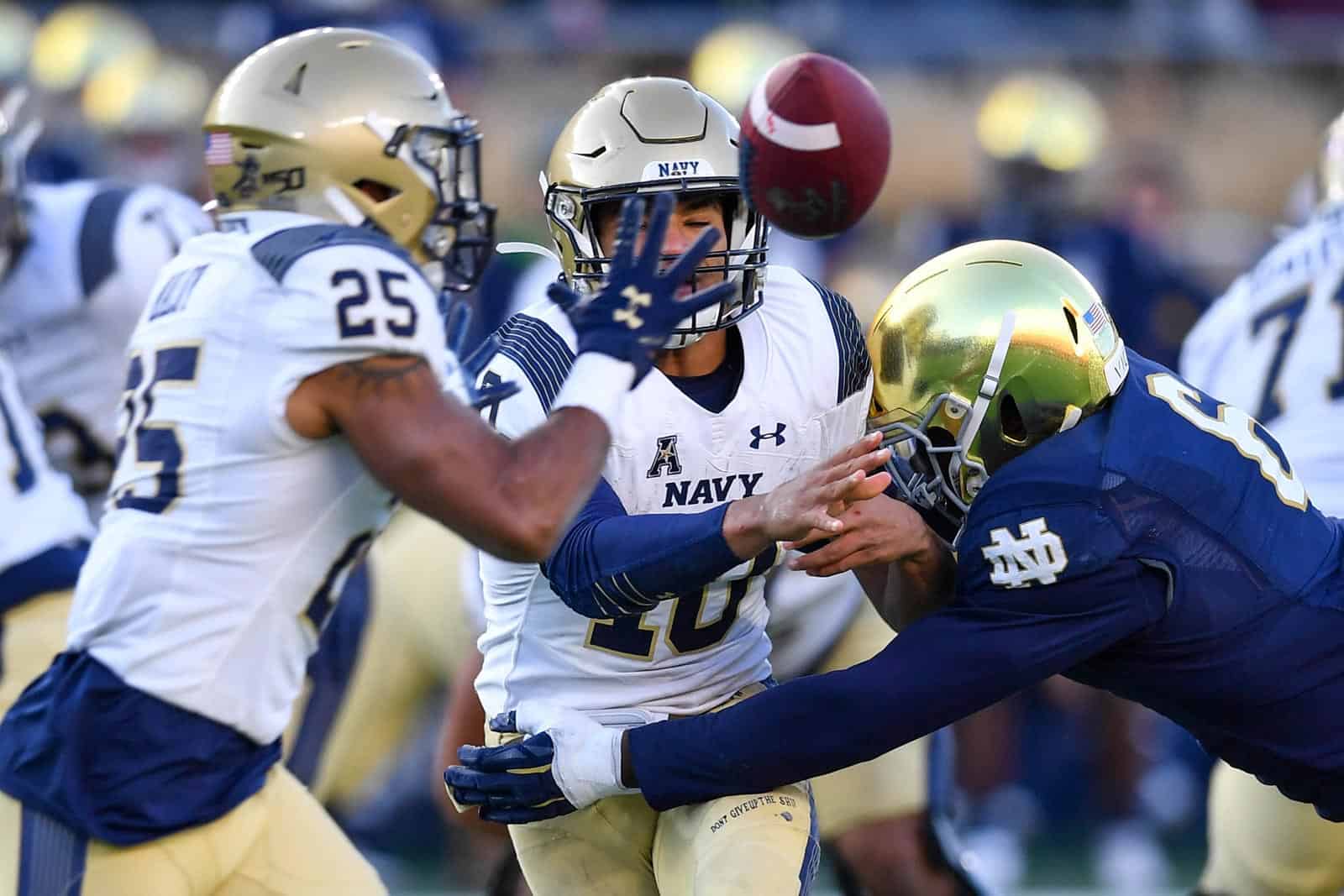 The Navy Midshipmen and the Notre Dame Fighting Irish have extended their football series through the 2032 season, it was announced on Thursday.

Navy and Notre Dame were scheduled to meet this season in Week Zero on Saturday, Aug. 29 in Dublin, Ireland. Due to the novel coronavirus 2019 (COVID-19) pandemic, the game was moved to Sept. 5 in Annapolis, Md., and would have been the first-ever meeting at Navy-Marine Corps Memorial Stadium.

However, the game was later canceled when the ACC revised their schedule for the 2020 season and included Notre Dame as a full member for the season. The ACC stipulated that their members play one non-conference game and it had to be played in the home state of the ACC school.

“Obviously many will be disappointed that our longstanding competitive streak with Notre Dame will be interrupted due to the scheduling circumstances imposed by the pandemic,” Naval Academy Director of Athletics Chet Gladchuk said. “However, we have agreed that Navy and Notre Dame will continue as one of college football’s longest intersectional matchups through our extension and I appreciate Notre Dame making this a priority.”

Notre Dame and Navy first met on the gridiron in 1927 and have played a total of 93 contests. The Fighting Irish have won three consecutive games and currently lead the overall series 77-13-1 (two Notre Dame wins were later vacated under a discretionary NCAA penalty).

Navy is scheduled to open the 2020 season on Monday, Sept. 7 (Labor Day) against the BYU Cougars in Annapolis. The game will be televised nationally by ESPN at 8:00pm ET.

Notre Dame will open their season on Saturday, Sept. 12 at home at Notre Dame Stadium against the Duke Blue Devils.