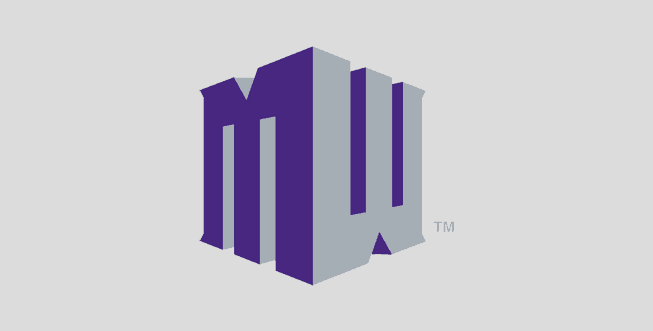 The Mountain West Conference has announced that 11 football games in 2014 have been moved to Friday nights for television. Each broadcast will be televised by either CBS Sports Network or one of three ESPN Networks.

Additional television broadcasts will be announced at a later date, but the MWC expects their remaining conference-controlled games to be played on Saturdays.

What is there to say? None of these games have any interest outside of the Mountain West. The BYU vs. Boise State is probably the best of the lot and it is likely that neither will be even ranked by game time. Friday night used to left to high school games but with the influence of TV money and the needs of the poorer conferences like the Mountain West, MAC, CUSA and the Sun Belt the almighty dollar triumphs. The back to back games at Boise are the only 2 that have a chance of being a sellout.

.
If you do not want the recruits to attend games just say so. Playing on Fridays means no recruits because they play on Friday as well. If there was going to be any high school interest in any mwc football there are 11 times they can not attend. Brillant. In trying to compete against SEC ACC PAC12, BIG 10 BIG 12 we are eliminating a source of future success. Stick with SATURDAY GAMES asthat is traditionlly COLLEGE FOOTBALL DAY

In reality the MWC competes against the MAC, CUSA and Sun Belt. other than Boise and Fresno, the MWC teams only get 12,000 to 25,000 for most of their games. They are mostly losing money on football and tv money is their mothers milk.

Last I checked we built our program playing on Fridays and Thursdays. If we play @ 8pm Mountain, that is 10pm EST – East Coast HS games are over at that time. ESPN also does the rebroadcast after the game. So at 10PM PST the game is on again for a new set of recruits.
Recruiting is all about exposure. If you are on ESPN 10 times per year, kids care. They don’t care if you play every Saturday but are only on tv once a year when you play ‘Bama or USC.
Boise will be just fine.

Struggling programs who need the money play these type of games with regularity. Established, successful programs play on Saturdays. If Boise thinks that appealing to East coast insomniacs is the way to strive for recognition, so be it. Unfortunately, Boise is doomed to remain in the MWC, so go along with what those struggling programs do to make a few bucks. The Pac12 is not interested in them and neither is the Big12. A small population and geographic isolation insures Boise will be in the MWC for a long, long time. Having a tiny stadium seating less than 37,000 that Boise is unable to sellout does not help. That is a major reason for the 12 year series with BYU as BYU is the only nearby school that travels well and will put fannies in seats at Bronco Stadium, Wyoming, Hawaii, New Mexico and San Jose sure do not.

bronco,
Given your stance, I am curious what team you follow… Obviously to be on this website you are a football fanatic, so who is your college team?

Does it matter what team bronco follows. His comment is spot on in any case. As for the Friday games. if I had to guess their three most watched games this season; I would have to say they will be the ole Miss game and the two Friday games. Very few fans outside the home markets would watch Boise/Fresno on a Saturday when it is up against the major conferences on other channels.

Bill,
You are missing the point.
Happy to explain it to you, since bronco has gone silent…who is your team?

Dear Boise, since you are interested I follow two teams Boise and Washington. It pains me that all of the progress that Boise made over the past 15 years in building up their program has run into the proverbial wall. Being mired in the MWC, which with the departure of BYU, TCU and Utah is more like the WAC on steroids is as good as Boise can do. Boise has improved their OOC schedule particularily begining in 2019 with the likes of Florida State. The Kellen Moore era is over, Coach Petersen is gone and attendance has slipped along with a meaningful stadium expansion project (there is no demand or money for such a thing). MWC titles and MAACO bowl trips are as good as it is going to be for the next several years. This not a complaint or a dig, it is accepting reality considering the position Boise finds themselves in.

I think bronco is narrow minded and out of touch. Recruits are going to find you no matter what time you play. High schools,especially the ones that matter,are now playing all week long,just not on Fridays anymore. The slate of games is pretty attractive,with the San Jose State-Utah state game being the highlight for me anyways.

I’m in Atlanta , and I love watching Boise and Fresno. Glad Boise will be back in the Dome for the kickoff game in August. I bet they knock off Ole Miss !!!!

Kellen Moore and Chris Petersen are gone. This is a different Boise team. They are Mountain West soft. Look @ last year getting pounded by Washington, BYU and Oregon State-none of whom made the top 25. Boise will be lucky to lose by less than 14.

I actually love Friday games, it’s a great way to start out the weekend. Bronco is right in that MTN West type teams seem to get pushed around by the TV networks. However, it does allow them to get their team on national TV, which is great for recruiting, and allows them to get a TV payout when they might not otherwise. I don’t see many down sides from scheduling Friday games.

Boise will roll Ole Miss and their time warp of a nickname and fan base.

Just like they rolled Washington, BYU and Oregon State? Let us hope for better! I am also worried about UConn and the game with BYU. It seems as some of our Boise bretheren look @ this team through rose colored glasses. These teams are not Southern Miss and UT Martin. The notion of an unbeaten season has basis in reality. 3-4 losses would be ok. 2 losses would be great.