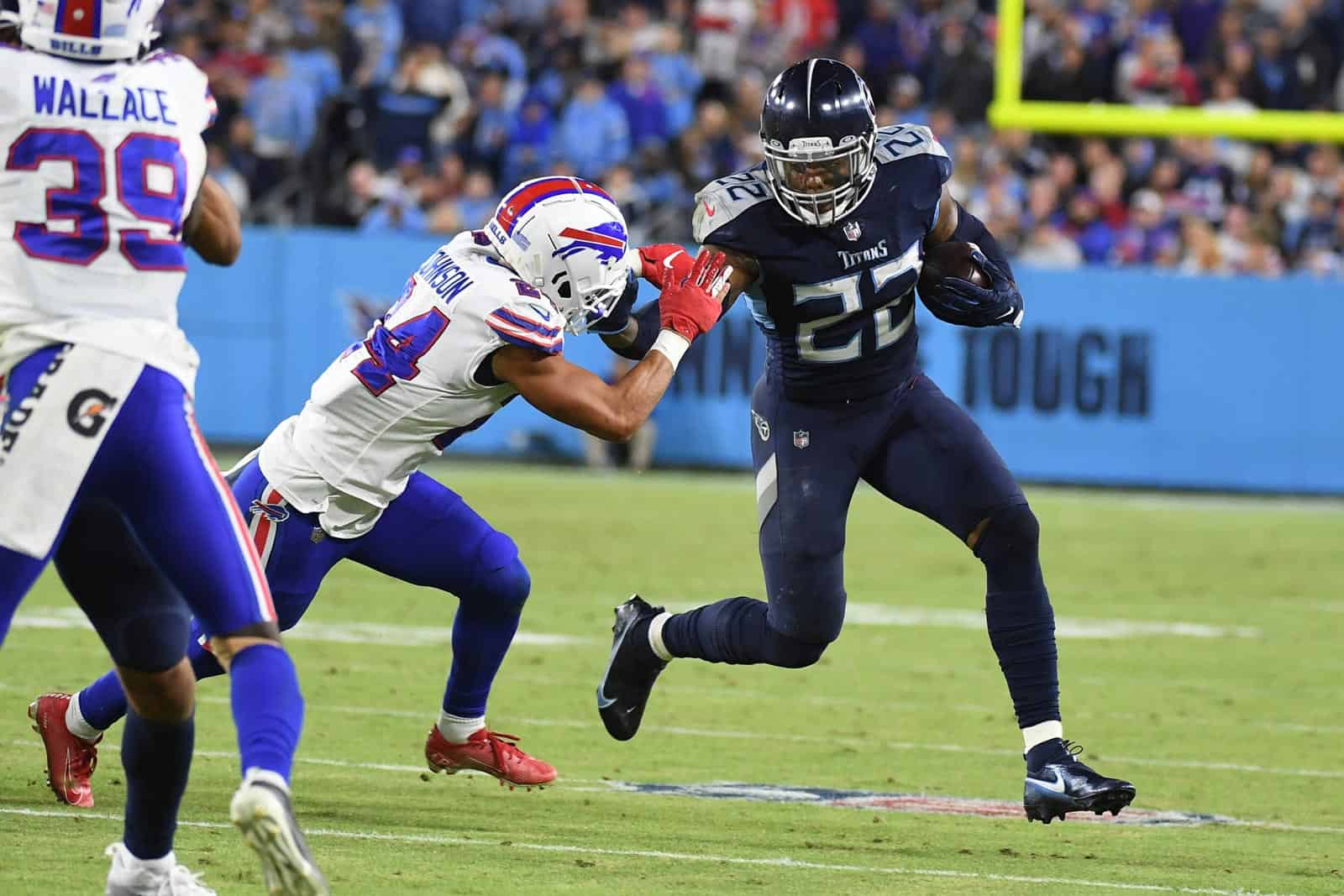 The 2022 NFL Monday Night Football Schedule features a doubleheader on September 19, which will conclude Week 2 action.

It’s not a true doubleheader, however, as the two Monday Night Football NFL contests will be broadcast on different networks and they have kickoff times that are separated by only one hour and 15 minutes.

In the first matchup of the evening, Derrick Henry and the Tennessee Titans travel to take on Josh Allen and the Buffalo Bills at Highmark Stadium in Orchard Park, N.Y. The game is scheduled for 7:15pm ET and it will be nationally televised by ESPN.

Buffalo is 1-0 so far this season after winning their season-opener on the road against the Super Bowl champion Los Angeles Rams, 31-10, on Thursday, Sept. 8. The Titans were narrowly defeated at home by the New York Giants in their first game of the 2022 season, 21-20, on Sunday, Sept. 11.

The second game of the Monday Night football “doubleheader” features Jalen Hurts and the the Philadelphia Eagles hosting Justin Jefferson and the Minnesota Vikings at Lincoln Financial Field in Philadelphia, Pa. The game will be  televised nationally by ABC at 8:30pm ET.

The Eagles kicked off their 2022 campaign last Sunday with a 38-35 victory over the Detroit Lions on the road. The Vikings won their first contest that day as well, defeating the Green Bay Packers at home, 23-7.

All remaining Monday Night Football games will be televised by ESPN at 8:20pm ET.