Middle Tennessee to play at James Madison in 2022 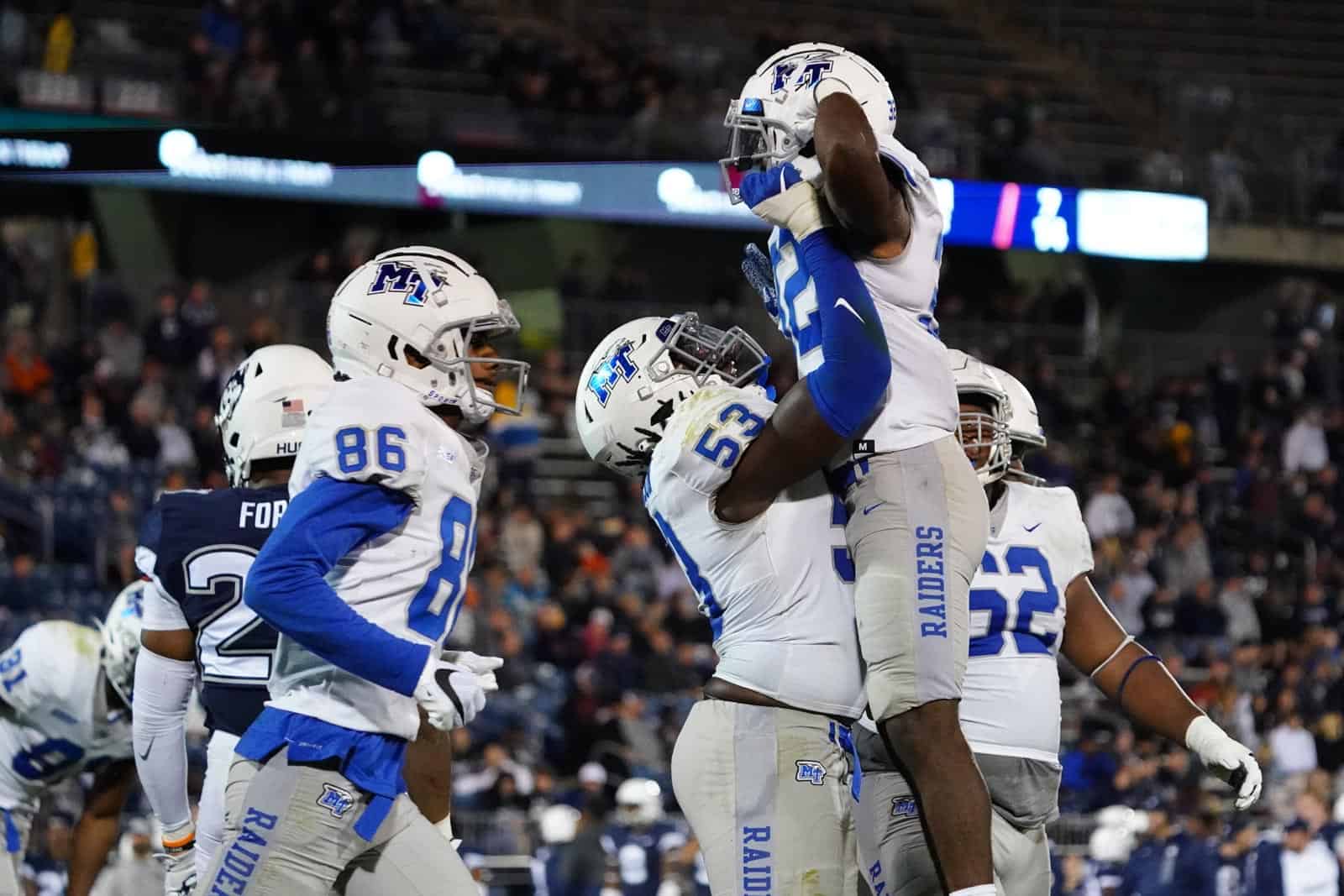 The Middle Tennessee Blue Raiders will play at the James Madison Dukes in 2022, both schools announced on Tuesday.

In their first meeting on Sept. 10, 1994, James Madison defeated Middle Tennessee 24-22. Both schools were members of Division I-AA at that time, which is now known as the Football Championship Subdivision (FCS).

Middle Tennessee was previously scheduled to host Missouri on Sept. 3, 2022, but Missouri backed out of the game and scheduled a home contest against Louisiana Tech instead.

“We lost the Missouri game last fall as they chose to contractually buyout the game,” said Middle Tennessee Director of Athletics Chris Massaro. “Every avenue was taken in order to keep the game but to no avail. Missouri will have to pay us $800,000 to exercise the buyout part of the contract. There were not a lot of options so we are thankful JMU was willing to work with us.”

Although an official announcement has not yet been made, James Madison will likely play a full Sun Belt Conference schedule in 2022. The Dukes announced their move up to the Football Bowl Subdivision (FBS) level last fall.

FBS teams must play a minimum of five home games per season against other FBS competition (one FCS opponent can count against that number), and the scheduling of the Middle Tennessee game would accomplish that requirement. Playing a Sun Belt schedule would give the Dukes four home and four away games against other Sun Belt teams.

As a result of adding Middle Tennessee to their schedule, James Madison will no longer host Weber State, which was scheduled for Sept. 3, 2022. The Dukes are still scheduled to host Norfolk State on Sept. 10 and travel to face Louisville on Nov. 5.

How does Kent State get away with only 4 FBS home games in 2022 given the stated requirement of 5 above?

One FCS team counts towards the five home game requirement. I added that note.