James Madison to move up to the FBS, join Sun Belt Conference 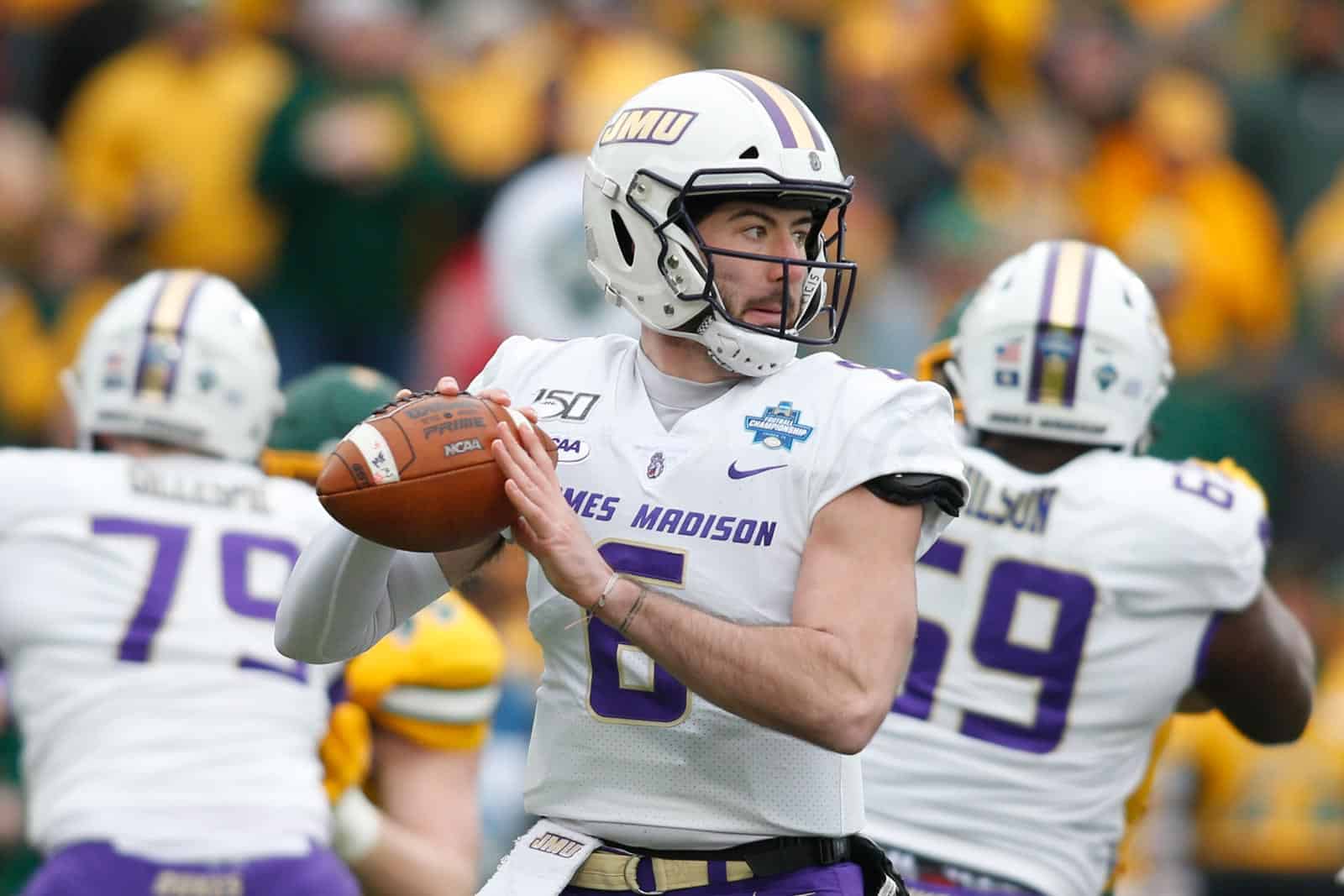 The James Madison Dukes have accepted an invitation to join the Sun Belt Conference, it was officially announced on Saturday.

James Madison, currently a member of the Colonial Athletic Association (CAA) in the Football Championship Subdivision (FCS), will move up to the Football Bowl Subdivision (FBS) and will enter the Sun Belt Conference no later than July 1, 2023, according to the announcement.

“We are thrilled to welcome James Madison University to the Sun Belt Conference,” said Keith Gill, Sun Belt Conference Commissioner. “This move brings another strong brand and passionate fanbase into the Sun Belt and elevates the Dukes’ storied football program to the highest level of NCAA competition. I am grateful to JMU President Jonathan Alger and Athletics Director Jeff Bourne for their leadership during this process and look forward to working closely with them moving forward.”

James Madison has competed as a member of the Colonial Athletic Association in the FCS since 2007. The Dukes are currently led by head coach Curt Cignetti, who has an overall record of 28-4 (14-1 CAA) at the school.

“Since July, our presidents and chancellors have expressed confidence in Sun Belt leadership and our member configuration amid national realignment conversations,” said Dr. Kelly Damphousse, Arkansas State Chancellor & Chair of the Sun Belt Executive Committee. “The recent additions of Marshall, Southern Miss, and Old Dominion to the SBC aligned perfectly with our strategic goal of only adding schools that improved our conference’s competitiveness. As I shared with President Alger and AD Bourne, the Sun Belt CEOs believe that JMU likewise mirrors our conference’s athletics and academic missions, while also capitalizing on regionality goals. I was very impressed with JMU’s beautiful campus and by their FBS-level facility investment during our visit. My colleagues and I look forward to welcoming the Dukes to the Sun Belt Conference!”

“As James Madison University prepares and anticipates to earn additional national recognition for our academic programs and excellence, admission into the Sun Belt Conference is a natural and complementary next step for our institution,” said JMU President Jonathan Alger. “We are thrilled to have received and accepted an invitation into this conference, with a new and visionary opportunity for high-level competition within the eastern region. We have always sought to do things the right way as a university for our students, faculty and staff, student-athletes and coaches and the time is right for JMU to move up to the highest level in D-1 athletics and enter the Sun Belt! This is an exciting and historic moment of transition for JMU, and I greatly appreciate the teamwork and diligence of so many people behind the scenes that have enabled us to reach this important milestone.”

The Sun Belt is expected to boot its non-football members, Little Rock and UT Arlington, who could both end up in the Southland.

At the same time, the Sun Belt could add two more football-playing schools. Florida A&M, one of the better HBCU football programs, could be offered a Sun Belt invite to make them the first FBS-level HBCU. They failed before because they didn’t seek a conference, which offers financial stability.

At this time the Southland conference is looking for football programs themselves. Unless there giving up on FCS football then I’d say that the non football Sun Belt schools may be out of luck with the Southland.

C-USA is more likely. They can offer UTA and LR full membership, and then offer UConn and UMass football-only.
.
Then even if they lose WKU/MTSU, they’d have:
NMSU, UTEP, UTA, SHSU, LT, LR, JSU, FIU, Liberty to have 9 full members. Football then would have 9 with UConn/UMass.

If you’re the Sun Belt Conference, you have to make moves like this to be above water at all.

The best move by the SBC so far is adding Marshall.

The new SBC geographical footprint is highly sustainable unlike past conference attempts like the Big West and frankly the new C-USA footprint. C-USA could croak five years from now being that spread out.

Since the SBC added Marshall, they should now go for Ohio U. to ensure a conference game between the two.