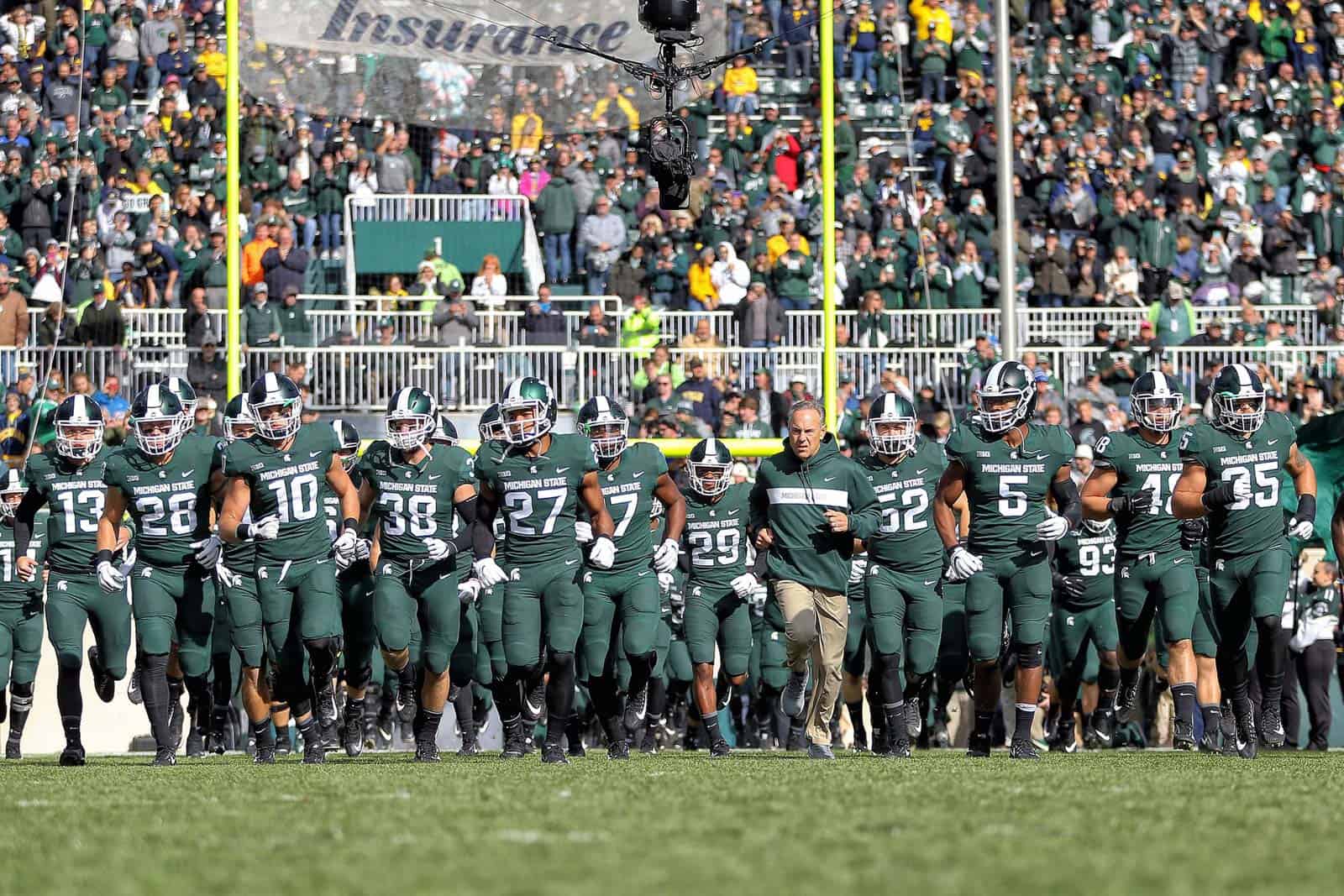 The Michigan State Spartans and the Washington Huskies have scheduled a home-and-home football series for 2028 and 2031, both schools announced on Thursday.

In the first game of the series, Michigan State will travel to face Washington at Husky Stadium in Seattle on Sept. 9, 2028. The Spartans will then host the Huskies at Spartan Stadium in East Lansing on Sept. 6, 2031.

Michigan State at Washington have met three times previously on the gridiron. Their first two meetings were a home-and-home series. Michigan State won the first game in East Lansing 27-11 in 1969 and then Washington evened the series with a 52-16 victory in Seattle in 1970.

In their most recent meeting, Washington defeated Michigan State 51-23 in the 1997 Aloha Bowl in Hawaii to take a 2-1 lead in the overall series.

The series scheduled for 2028 and 2031 is the first announced non-conference matchup for both schools for both seasons.

It would be funny if yu used the picture from the Michigan game where the Spartans marched through the Wolverines practice, damn Dantonio.

I’m not that savage!