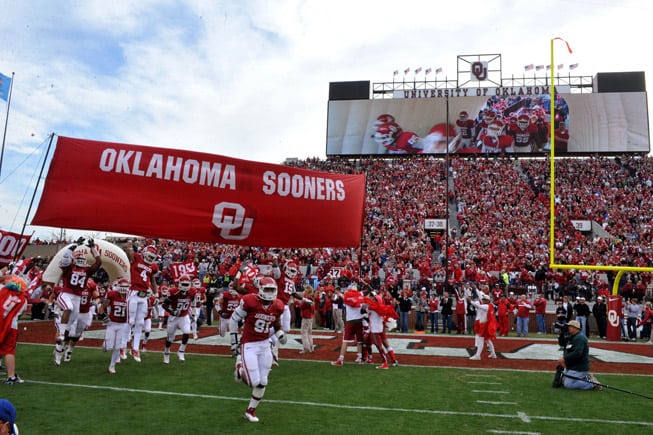 The Michigan Wolverines and the Oklahoma Sooners have scheduled a home-and-home football series for 2025 and 2026, both schools announced today.

In the first game of the series, Michigan will travel to face Oklahoma in Norman on Sept. 6, 2025. The Wolverines will then host the Sooners in Ann Arbor on Sept. 12, 2026 Arbor to complete the series.

“We remain committed to playing games that celebrate the history and excitement of college football,” said OU Vice President for Intercollegiate Athletics and Director of Athletics Joe Castiglione. “We’re grateful for head coach Bob Stoops, who shares that commitment. Oklahoma and Michigan represent two of the most iconic names in American sport and we look forward to a series that will be marked by mutual respect and admiration.”

In their first and only meeting, Oklahoma defeated Michigan 14-6 in the 1976 Orange Bowl in Miami.

I would get excited about this match up but in 10yrs anything can happen to this game.

This is an exciting matchup to me!

Wooooh 2025!!! Really hope this series gets pushed to an earlier date.