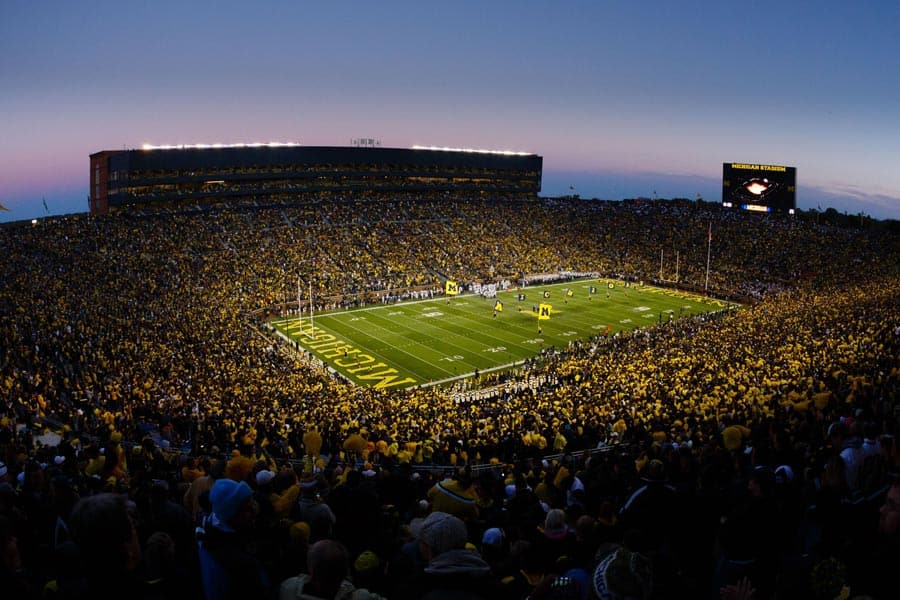 The Michigan Wolverines have added the Army Black Knights to their 2019 football schedule, FBSchedules.com has learned.

Michigan will host Army at Michigan Stadium in Ann Arbor on Sept. 7, 2019, according to a copy of the game contract obtained from the Army Athletic Association under a Freedom of Information Act request.

The Wolverines will pay the Black Knights a $1.5 million guarantee for the game, which will be the 10th overall meeting between the two schools. Army leads the series 5-4 but has dropped the last four meetings, the most recent coming in 1962.

Michigan opens the 2019 season in Fayetteville against the Arkansas Razorbacks on Aug. 31. That game is the second half of a home-and-home series that begins in Ann Arbor on Sept. 1, 2018.

Army was previously listed as playing at Northwestern on Sept. 7, 2019 after the Big Ten accidentally leaked a working list of its future non-conference games. No contract exists for an Army-Northwestern matchup, so it’s likely that the game was agreed to but later fell through.

Michigan opens the 2015 season on Thursday, Sept. 3 when they travel to Salt Lake City to take on the Utah Utes. Army opens their season the following day, Friday, Sept. 4, when they host Fordham in West Point.

Hopefully by then Army will have inproved to making it a real game ! Go Army beat Michigan