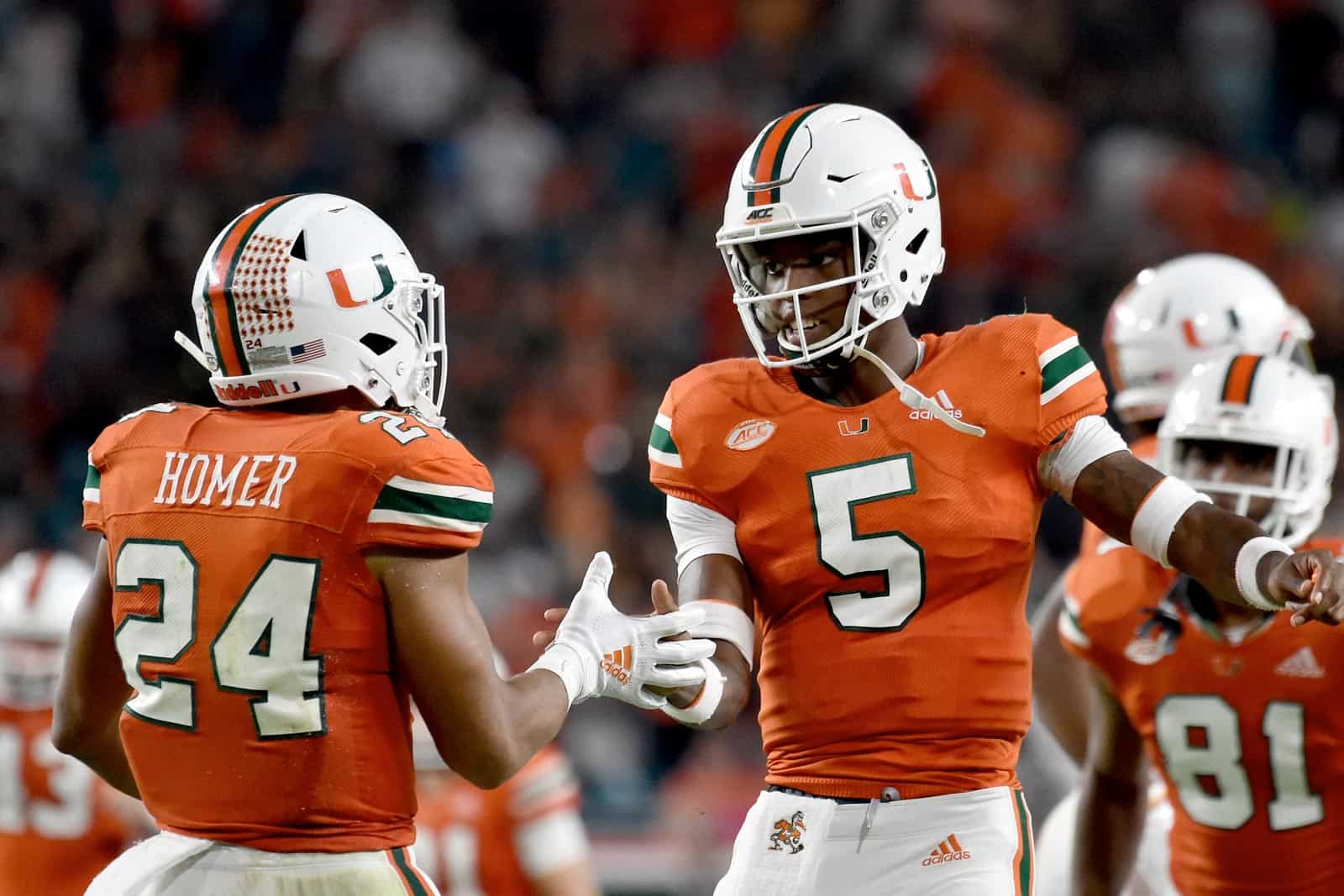 The Miami Hurricanes and the USF Bulls have scheduled a three-game football series, both schools announced on Tuesday.

News of the series was first reported by Barry Jackson of the Miami Herald.

Miami and USF first met on the gridiron in 2005 and have played six times overall. The Hurricanes won the most recent meeting 49-21 in 2013 and now lead the overall series 5-1.

“We are excited to continue to add very high-level opponents with great national interest to our future football schedules,” USF Vice President of Athletics Michael Kelly said. “In the next 10 years we now have six games on the schedule against Florida and Miami and our student-athletes, coaches and fans look forward to the challenge.”

USF is the second announced non-conference opponent for the Hurricanes in 2025 and 2028 and first for 2027. Miami is scheduled to host Notre Dame in 2025 and is slated to visit South Bend in 2028.

With the addition of Miami, USF has tentatively completed their non-conference schedule for the 2025 season. Other games for the Bulls include home contests against Boise State (Aug. 30) and San Jose State (Sept. 20) and a trip to face Florida (Sept. 6).

USF now has three non-conference contests scheduled for the 2027 season. The Bulls are scheduled to visit Boise State on Sept. 11 and Northern Illinois in Sept. 25.

Miami is the first announced non-conference opponent for USF for the 2028 season.

This USF fan is happy to see The U back on the schedule!

Should have been a 4-game, home for home. But I guess I can give props to Miami for at least agreeing to one game at USF.

Nice move by USF to get a tougher schedule for the late 2020’s. It is interesting to know that USF has 38,000 more undergrads that Miami of Florida.