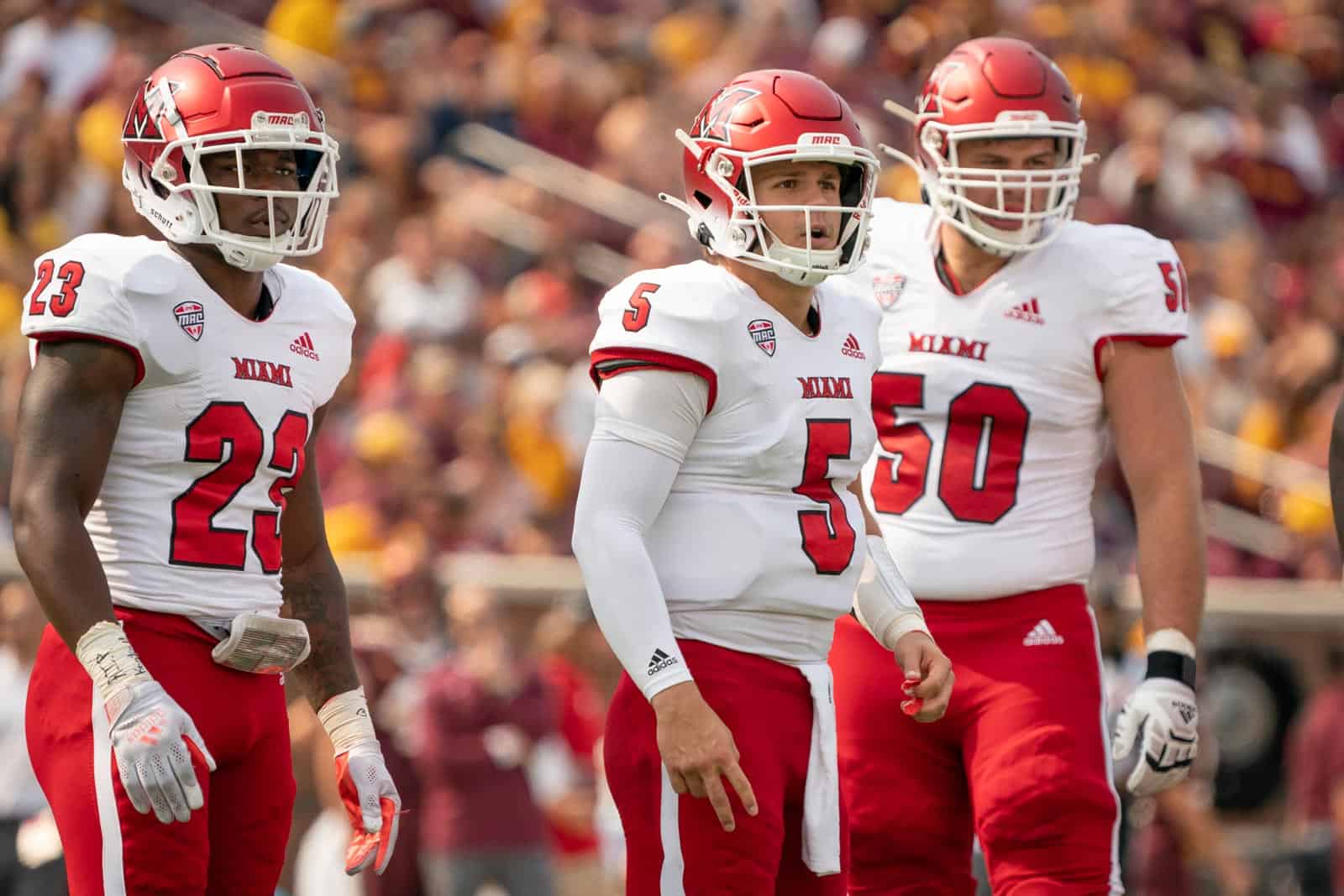 The Miami (Ohio) Redhawks and the James Madison Dukes have scheduled a home-and-home football series for the 2023 and 2026 seasons, FBSchedules.com has learned.

A copy of the football game contract with James Madison University was obtained from Miami University via a public records request.

Miami (Ohio) and James Madison have never squared off on the gridiron in their history.

With the addition of James Madison, Miami has tentatively completed their non-conference schedule for the 2023 season. The other three games for the RedHawks are all on the road — at Miami (FL) on Sept. 2, at UMass on Sept, 9, and at Cincinnati on Sept. 16.

Miami was previously scheduled to host Liberty in the first game of a home-and-home series in 2023, but the series was mutually canceled due to Liberty entering Conference USA in 2023.

In 2026, Miami is also scheduled to host Holy Cross on Sept. 12, which we reported earlier this month, and face Cincinnati at Paul Brown Stadium on Sept. 19.

James Madison is moving up to the Football Bowl Subdivision (FBS) and will compete in the Sun Belt Conference beginning with the 2022 season.

The Miami RedHawks are the first scheduled non-conference opponent for James Madison for the 2023 season and second for the 2026 season. The Dukes’ schedule in 2026 currently includes a contest at Liberty on Oct. 31.