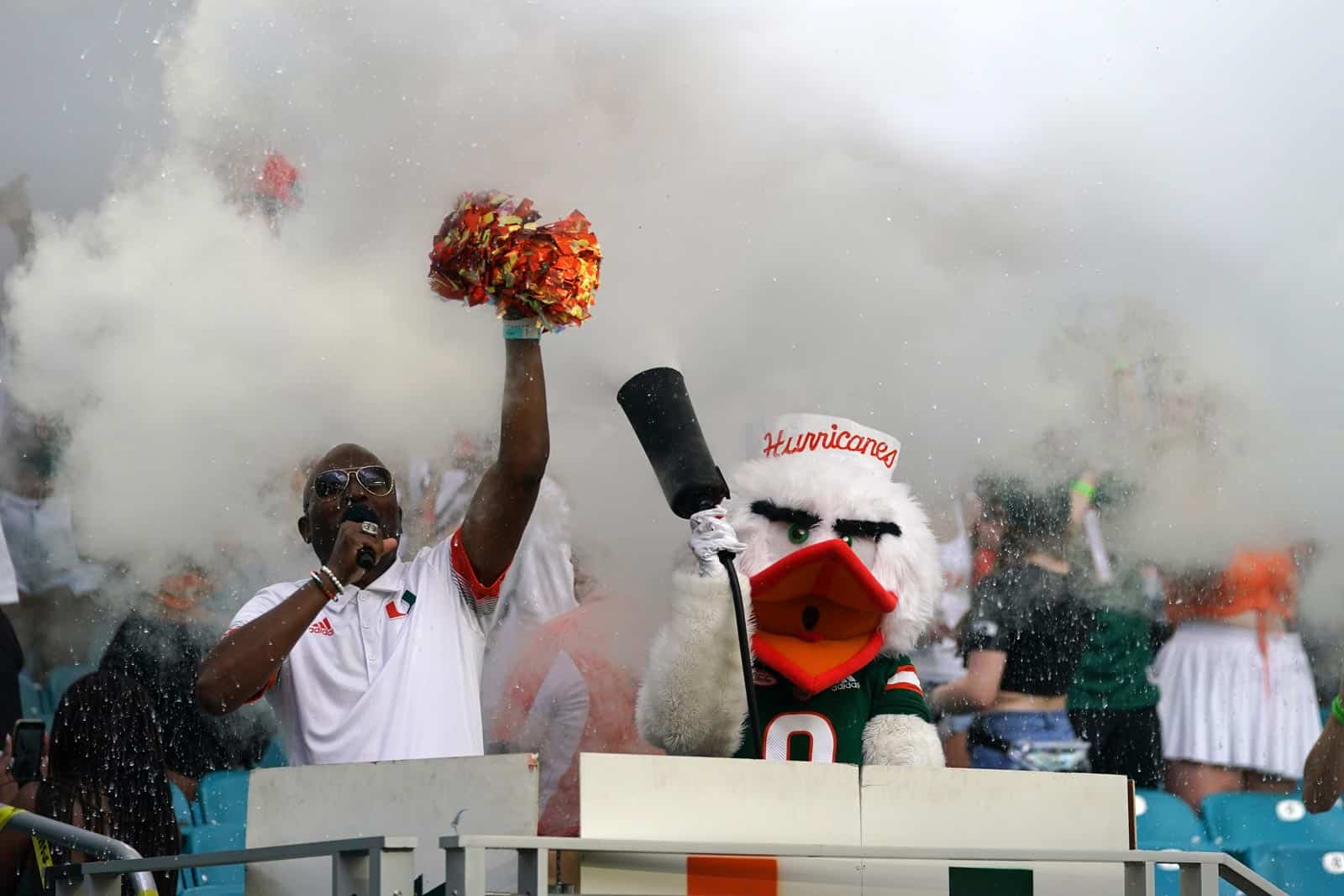 The Miami Hurricanes have added the Middle Tennessee Blue Raiders and the Bethune-Cookman Wildcats to their 2022 football schedule, Brett McMurphy of The Action Network has reported.

Mario Cristobal’s debut season at Miami next year will have non-conference home games vs. Bethune-Cookman, Southern Miss & Middle Tennessee and at Texas A&M

Miami will host Middle Tennessee at Hard Rock Stadium in Miami Gardens, Fla., on Saturday, Sept. 24, 2022, McMurphy told FBSchedules.com. The game will mark the first gridiron meeting between the two schools since the Blue Raiders shutout the Hurricanes in their only contests, 25-0 in 1931 and 7-0 in 1932.

The Miami Hurricanes will also host the Bethune-Cookman Wildcats at Hard Rock Stadium in 2022. A date for that game is currently unknown, but the Hurricanes do have an open spot at the top of their schedule on Sept. 3.

Update (Dec. 8, 2021): Bethune-Cookman confirmed to FBSchedules.com that their game at Miami will be the season-opener on Saturday, Sept. 3, 2022.

The addition of Middle Tennessee and Bethune-Cookman  completes Miami’s non-conference slate for next season. The Hurricanes are also slated to host the Southern Miss Golden Eagles on Sept. 10 and travel to face the Texas A&M Aggies on Sept. 17.

The 2022 season will be the first for the Hurricanes under new head coach Mario Cristobal, a hire that was officially announced today. Cristobal played for Miami from 1989 through 1992 and also coached there from 1998 through 2000 as a graduate assistant. He later returned to Miami as tight ends coach in 2004 before overseeing the offensive line in 2006.

Cristobal was most recently the head coach at Oregon where he compiled a 35-13 overall record, two Pac-12 championships, and a Rose Bowl win in 2019.

S Miss, M Tenn ST and BC should be 3 easy wins to balance out the loss to Texas A&M. How wins are expected for Mario in this first season?

If Cristobal manages to pull in all these decommitting Oregon commits towards Miami, he might end up with a very high recruiting class. Playing Bethune-Cookman would be terrible for an out-of-state school, but for Miami to do this for an in-state HBCU is classy. Playing MTSU and USM though smells like a lousy SEC schedule. They could win all but the A&M game next year…