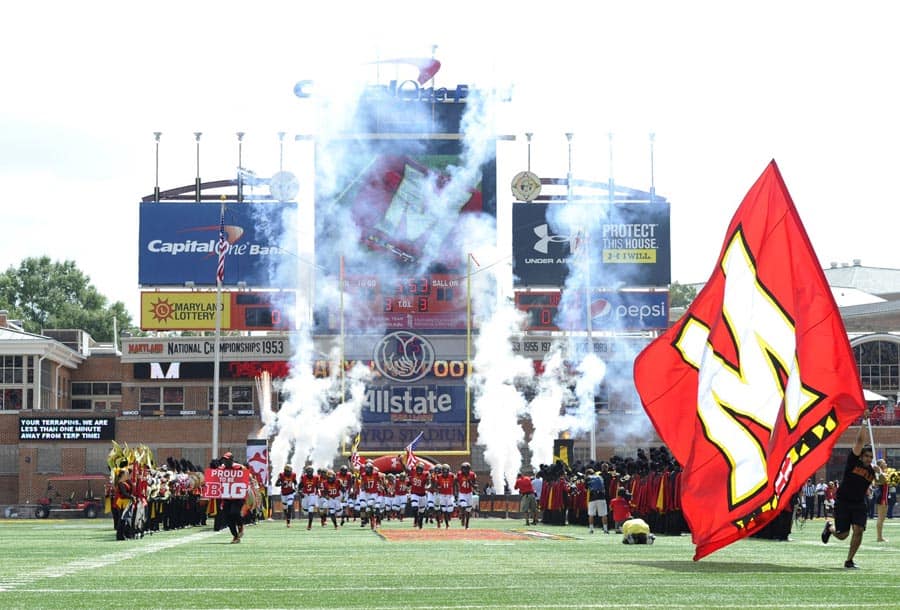 The Maryland Terrapins and the Virginia Tech Hokies have scheduled a four-game football series for 2026 through 2029, the two schools announced today.

“Virginia Tech fans should be excited about the Hokies returning to the capital region for two more future games,” Virginia Tech Director of Athletics Whit Babcock said. “The opportunity to get a four-game series against a Big Ten Conference opponent was certainly appealing. Even more importantly, we were eager to renew a historic series against a regional foe in a market where we have a very strong alumni base. Coach [Justin] Fuente and our staff will continue seeking opportunities to bolster our non-conference schedule in future seasons.”

The games for 2026 through 2029 are the first announced non-conference games for those seasons for both Maryland and Virginia Tech.

Unlike the Big 12, the ACC is ran by adults who realize these kinds of games are still important even when one school decides to leave the conference. Good job.

This is a good series for both schools. Grew up in Maryland, now live in Virginia so I will catch an earful from the Hokie faithful as people in Hampton Roads love the Hokies. Hopefully Maryland can get a future series with Virginia.

The 1993 game in Blacksburg featured a huge on-field brawl in the pouring rain.