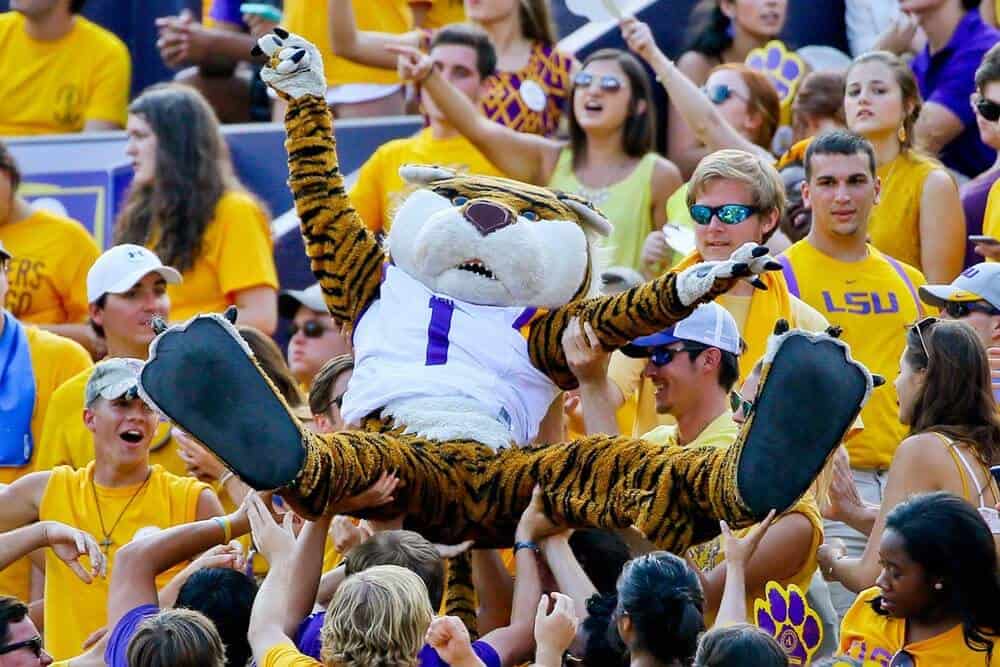 The LSU Tigers have added the McNeese State Cowboys to their 2021 football schedule, the school announced on Tuesday.

LSU will host McNeese State at Tiger Stadium in Baton Rouge on Sept. 11, 2021. The two schools were previously scheduled to play in 2015, but the game was canceled shortly after it started due to severe weather.

In their only other meeting, LSU defeated McNeese State 32-10 back in 2010 in Baton Rouge.

McNeese State is located in Lake Charles, Louisiana, only about 130 miles from Baton Rouge. The Cowboys compete in the Southland Conference in the Football Championship Subdivision.

The LSU Tigers now have two non-conference games scheduled for the 2021 season. LSU opens the season at UCLA on Sept. 4, which is the first game of a home-and-home series that concludes in Baton Rouge in 2024.

These are the kind of cupcakes I don’t like to eat.