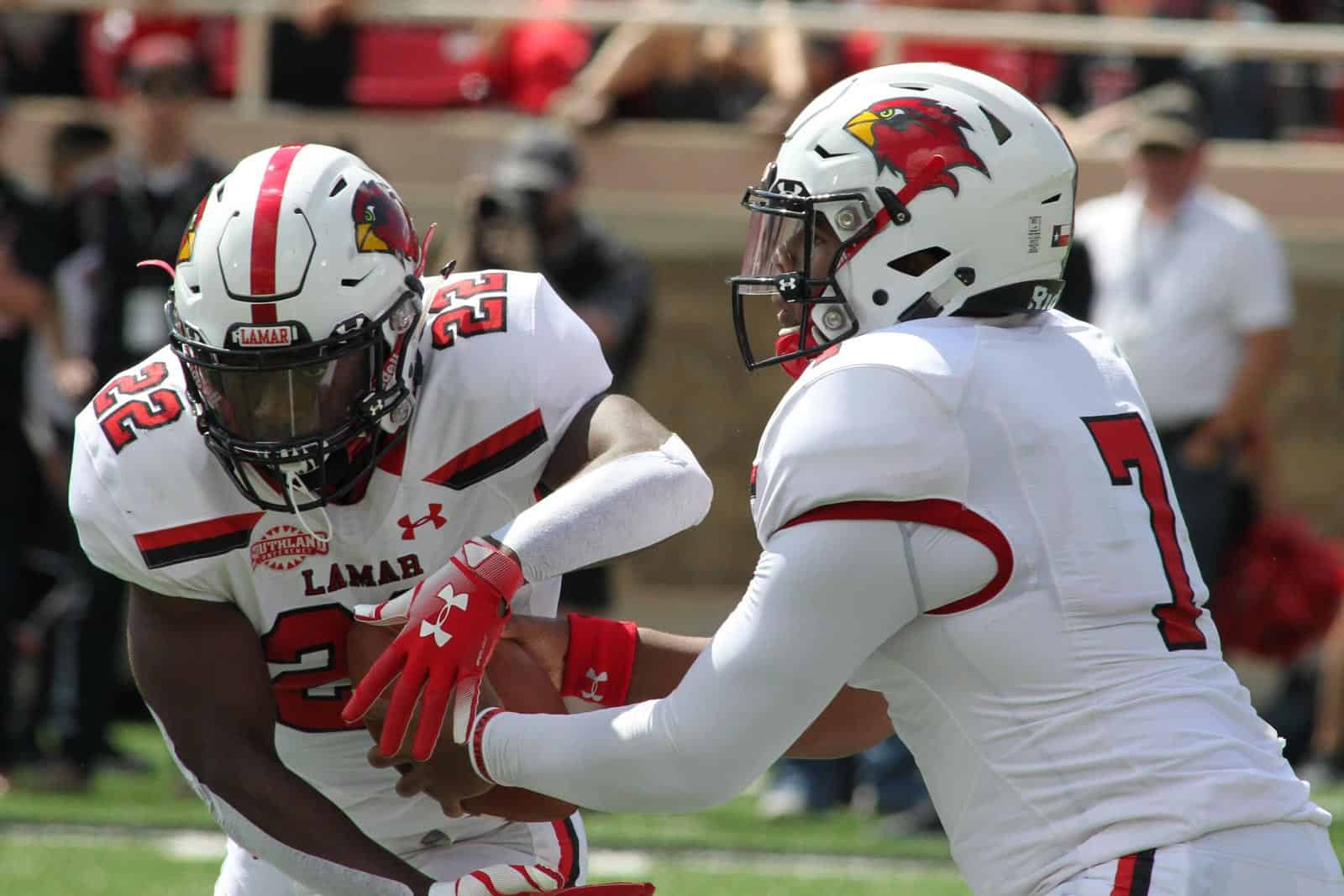 The Lamar Cardinals have released their 2019 football schedule, which includes a game at the Texas A&M Aggies.

Two games included on Lamar’s 2019 football schedule were previously unknown, and they are two first two games of the season for the Cardinals — Bethel University and Mississippi Valley State.

Lamar will open the season at home at Provost Umphrey Stadium in Beaumont, Texas, on Aug. 31 against the Bethel University Wildcats. Bethel competes in the Southern States Athletic Conference (SSAC) in the National Association of Intercollegiate Athletics (NAIA).

In Week 2 on Sept. 7, Lamar welcomes the Mississippi Valley State Delta Devils to Beaumont. The Cardinals then set out for back-to-back road games at the Texas A&M Aggies on Sept. 14, followed by their Southland Conference opener at the Southeastern Louisiana Lions on Sept. 21.

Lamar then returns home for consecutive home games against the Stephen F. Austin Lumberjacks on Sept. 28 and the Abilene Christian Wildcats on Oct. 5.

Next up is another set of road contests at the Sam Houston State Bearkats on Sept. 12 and at the Incarnate Word Cardinals on Oct. 19.

After an off week on Oct. 26, the Cardinals host the Central Arkansas Bears in Beaumont on Nov. 2. Next up is another two-game road trip — at the Northwestern State Demons on Nov. 9 and at the Houston Baptist Huskies on Nov. 16.

Lamar’s regular-season in 2019 will culminate with a home contest at Provost Humphrey Stadium against the McNeese Cowboys on Nov. 23.

Lamar finished the 2018 season third in the Southland Conference with a 6-3 record (7-5 overall). That was good enough to earn the Cardinals their first-ever appearance in the FCS playoffs. Lamar fell to Northern Iowa 16-13 in a First Round matchup.