Kansas and Missouri to renew Border War football series in 2025 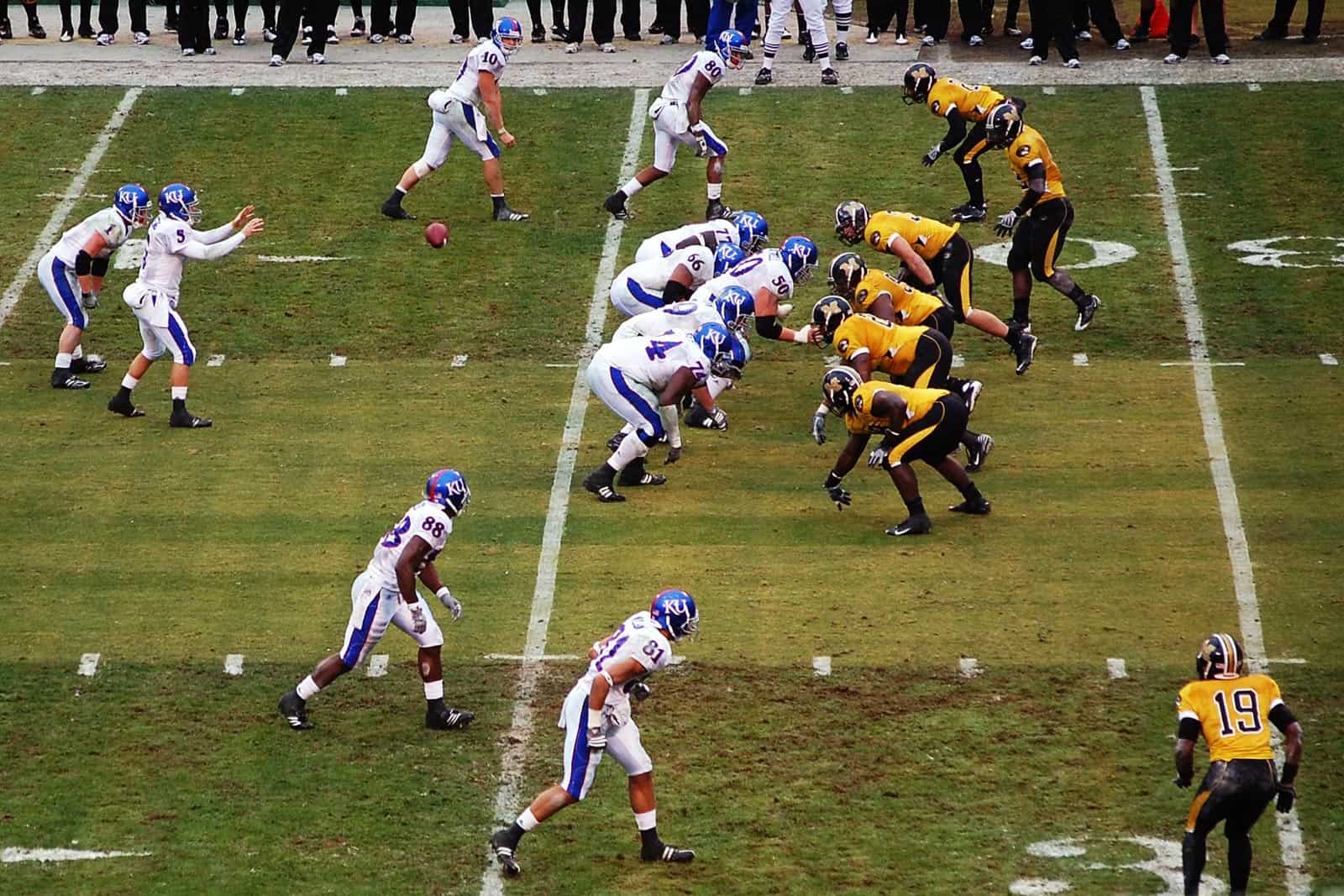 The Kansas Jayhawks and the Missouri Tigers have announced that their Border War football series will renew in 2025.

Kansas and Missouri have met 120 times on the gridiron, but not since Missouri left the Big 12 for the SEC. Missouri currently leads the overall series 57-54-9 and won the last three contests played from 2009 through 2011.

“This agreement renews one of college football’s most historic rivalries and we believe Jayhawk fans will enjoy the competition,” said Kansas Director of Athletics Jeff Long. “This will be a great experience for our students, student-athletes and fans to have the Border Showdown games on campus, and look forward to seeing that excitement at David Booth Kansas Memorial Stadium.”

“This is a tremendous opportunity to reignite one of college football’s oldest rivalries,” said Kansas Head Coach Les Miles. “Anytime you bring two football teams on the field with that history, I think it will excite our student-athletes and fans, and will certainly be a great battle on the field.”

In the first game of the series, Kansas will travel to take o Missouri at Faurot Field in Columbia, Mo., on Sept. 6, 2025. The Jayhawks will return to Columbia six seasons later on Sept. 6, 2031.

“We are very excited about renewing this historic rivalry that our fans are so passionate about,” said Missouri Director of Athletics Jim Sterk. “College football is better with rivalries like this, and our fans deserve to have it return. We’re pleased to make this happen, and we look forward to restoring this important tradition at Mizzou.”

“I’m excited for our fans to have the chance to be part of this historical rivalry again,” said Head Coach Eliah Drinkwitz. “I know there has been some time off, but I’m positive the energy and excitement will be there right away for everybody. While I haven’t been part of Mizzou/KU, I have been involved in some pretty intense rivalries and I do believe that is a big part of what makes college football so special to people.”

Missouri may not have been the last school to announce a departure for the SEC from the Big 12.

I’m projecting Oklahoma and Oklahoma State will do so in 2026.

That will set off the next round of realignment.

Both BYU and Cincinnati must join the Big 12 as early as 2022. Both Liberty and Marshall should move to The American to replace both Cincinnati and Connecticut respectively.

I think Cincinnati would rather be in the ACC. They miss the Louisville rivalry too much to go to the Big 12.

And I’m sure the ACC wants to expand in a way that permits geographic football divisions. I would like UConn to join too, but they need to significantly improve their performance in football and their signature sport of men’s basketball (MBB, usually a good team, has declined in the last few years, in contrast, the UConn WBB team is still doing well, but they didn’t like the lack of competition they had in the American, which is why they are joining the Big East). If they do that, we’ll see what happens from there.

I’m sure you noticed this Kevin, but Missouri now has 5 nonconference games scheduled for 2025. One of North Dakota, UMass, Colorado, or Miami (OH) I assume will be rescheduled?

Yes, probably North Dakota or at Miami (Ohio). No word yet.

See Horns and Aggies, you can still play each other…

The governors of both states must make the Border Showdown between Kansas and Missouri a permanent fixture to their non-conference schedules annually. If either team refuses to play the other in a season, then that team should be ineligible for both a conference championship and a postseason bowl game. No exceptions allowed.

That goes the same for the Lone Star Showdown between Texas and Texas A&M. The governor of Texas should mandate both teams to play an annual football game. The same penalties apply to this game as they do between Kansas and Missouri.

It is time that all four schools put the past behind them and renew their rivalries as annual non-conference games. Grow up and act your age! #noexcuses

I told those mean old Aggy that we didn’t have room on our schedule, and I meant it! It was a 100 year decision, and they still have 92 years before we’ll put them back on our schedule…ain’t that right, Del?

At least one of these games should be moved to Arrowhead Stadium to either start or end the season. Opinions anyone?

I don’t disagree with that Michael.

Perhaps the first one should anyway.