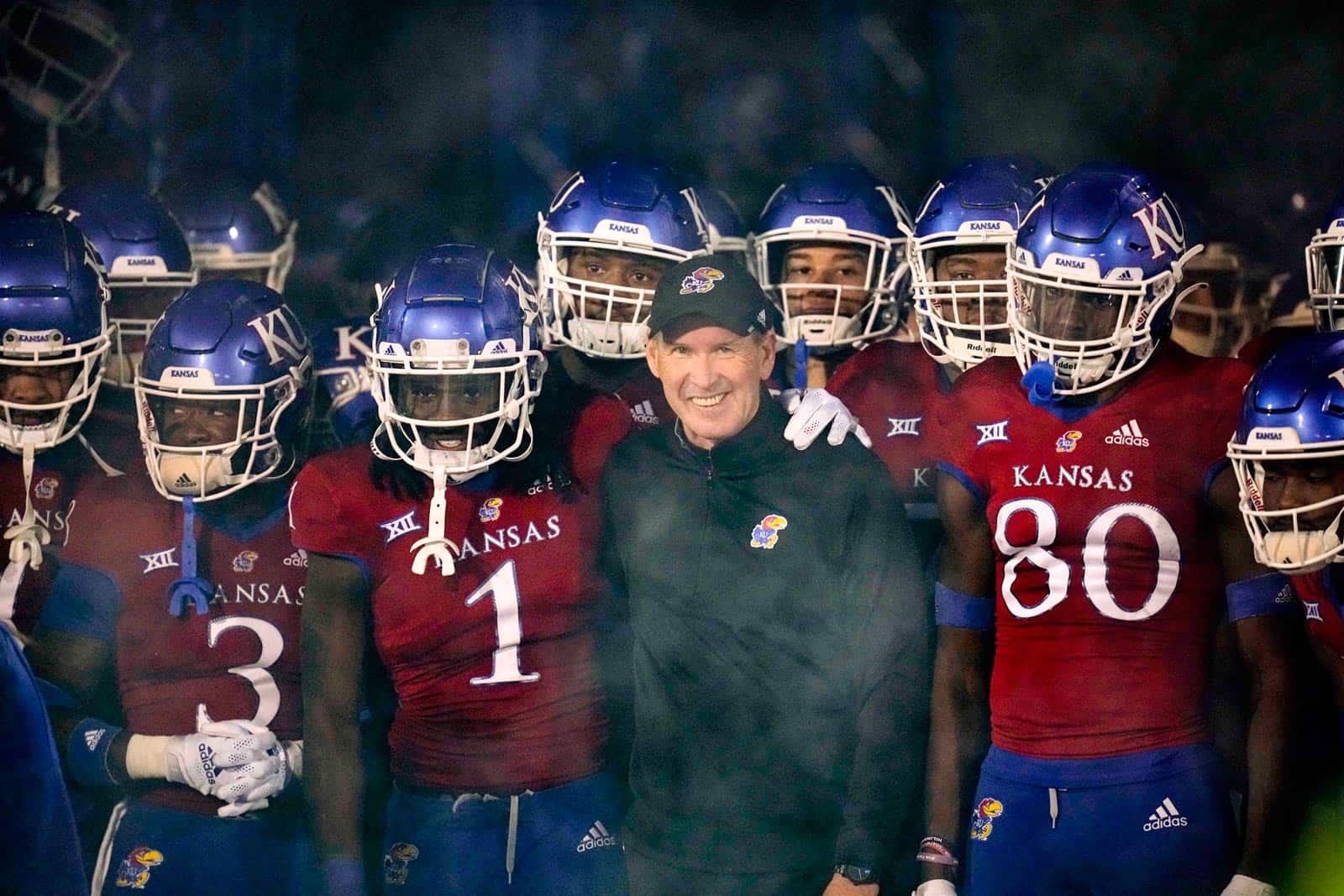 The Kansas Jayhawks have added the LIU Sharks to their 2026 football schedule, FBSchedules.com has learned.

A copy of the football competition agreement with Long Island University was obtained from the University of Kansas via a state public records request.

Kansas will host LIU at David Booth Kansas Memorial Stadium in Lawrence, Kansas, on Saturday, Sept. 3, 4, 5 or 19, 2026. The Jayhawks will pay the Sharks a $500,000 guarantee for the game, according to the copy of the contract.

Per the contract, Kansas will select an exact date for the game against LIU after they secure their third non-conference opponent for that season.

The 2026 Kansas-LIU game will mark the first-ever meeting between the two schools on the gridiron.

Long Island University, located in Brookville, N.Y., is a member of the Northeast Conference in the Football Championship Subdivision (FCS). The Sharks finished the 2021 season 2-8 overall and 2-5 in conference play.

LIU is the second opponent added to Kansas’ non-conference football schedule for the 2026 season. The Jayhawks’ slate also includes a game at home against the Missouri Tigers on Sept. 12.

Kansas is the first known opponent for the LIU Sharks’ 2026 football schedule.

Previously scheduled for Aug. 25, 2029, Kansas will now travel to take on Fresno State on Sept. 14, 2030, according to a copy of the contract amendment obtained from the University of Kansas.

Seriously??? I thought the NCAA was attempting to discourage these types of games. Guessing Kansas couldn’t find another team they could beat!

LIU is FCS in name only but their talent level is more Div 2 then FCS as witnessed by thier 2-8 record. They struggled to compete even within their own conference. They had zero business playing FBS squads like West Virginia this early into their transition to FCS.

No, not every school plays FCS level schools. Notre Dame and USC are two schools which have never played a FCS school.

The only two. 98% of the FBS plays FCS schools.

At least schools like South Dakota and Nicholls State have made the FCS playoffs in recent years though.