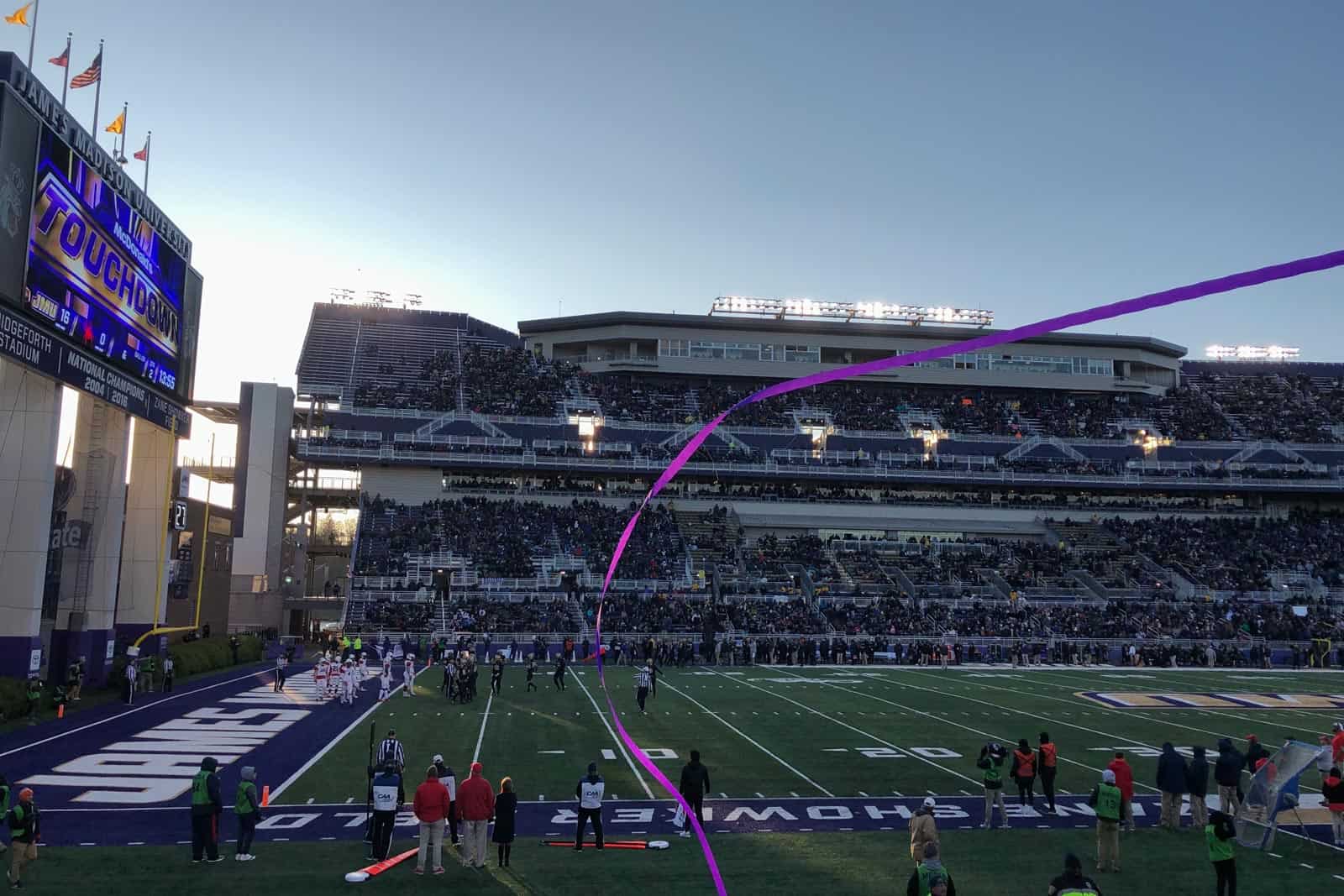 The James Madison Dukes have added 12 games to their future football schedules, the school announced on Wednesday.

James Madison has scheduled new home-and-home series with the Charlotte 49ers and the UConn Huskies to go along with previously reported series with the Miami (Ohio) RedHawks and the Liberty Flames.

The Dukes will open their series with the Charlotte 49ers on the road at Jerry Richardson Stadium in Charlotte, N.C., on Aug. 31, 2024. The series will conclude five seasons later when the Dukes host the 49ers at Bridgeforth Stadium in Harrisonburg, Va., on Sept. 22, 2029.

The UConn Huskies will visit Bridgeforth Stadium to open their series on Nov. 11, 2023. James Madison will travel to return the game three seasons later at Pratt & Whitney Stadium at Rentschler Field in East Hartford, Conn., on Nov. 14, 2026.

Back in February, we reported that James Madison had signed a home-and-home agreement with the Miami RedHawks. That series is slated to begin at Yager Stadium in Miami, Ohio, on Sept. 23, 2023 and conclude three seasons later in Harrisonburg on Sept. 26, 2026.

The News & Advance reported earlier this month that James Madison and Liberty canceled their football game scheduled for the 2026 season and added a new home-and-home series. The two schools will now meet on Sept. 17, 2033 at Williams Stadium in Lynchburg, Va., and on Sept. 16, 2034 in Harrisonburg.

James Madison also announced today a single home game against the Ball State Cardinals on Sept. 28, 2024 and a road contest against the Maryland Terrapins on Sept. 4, 2027.

Additionally, the Dukes have added a pair of Football Championship Subdivision (FCS) opponents to their future schedules. James Madison will host the Bucknell Bison on Sept. 2, 2023 and the Gardner-Webb Runnin’ Bulldogs on Sept. 7, 2024.

“It’s been a heavy lift to cancel some of our previous games and fill as many future games on our schedule as possible,” JMU Director of Athletics Jeff Bourne said. “My thanks to Associate AD Kevin White for his on-going work in this area. It’s great to fill our non-conference slates for 2023 and 2024 with series against quality peer competition. Adding Maryland is an attractive Power 5 opponent of regional interest, particularly with so many student-athletes and alumni from the DMV region.”

144 Miles from JMU to College Park, MD but both are in the greater DC sphere of influence.

I’m NOT from the Virginia, Maryland, West Virginia, Pennsylvania Region.