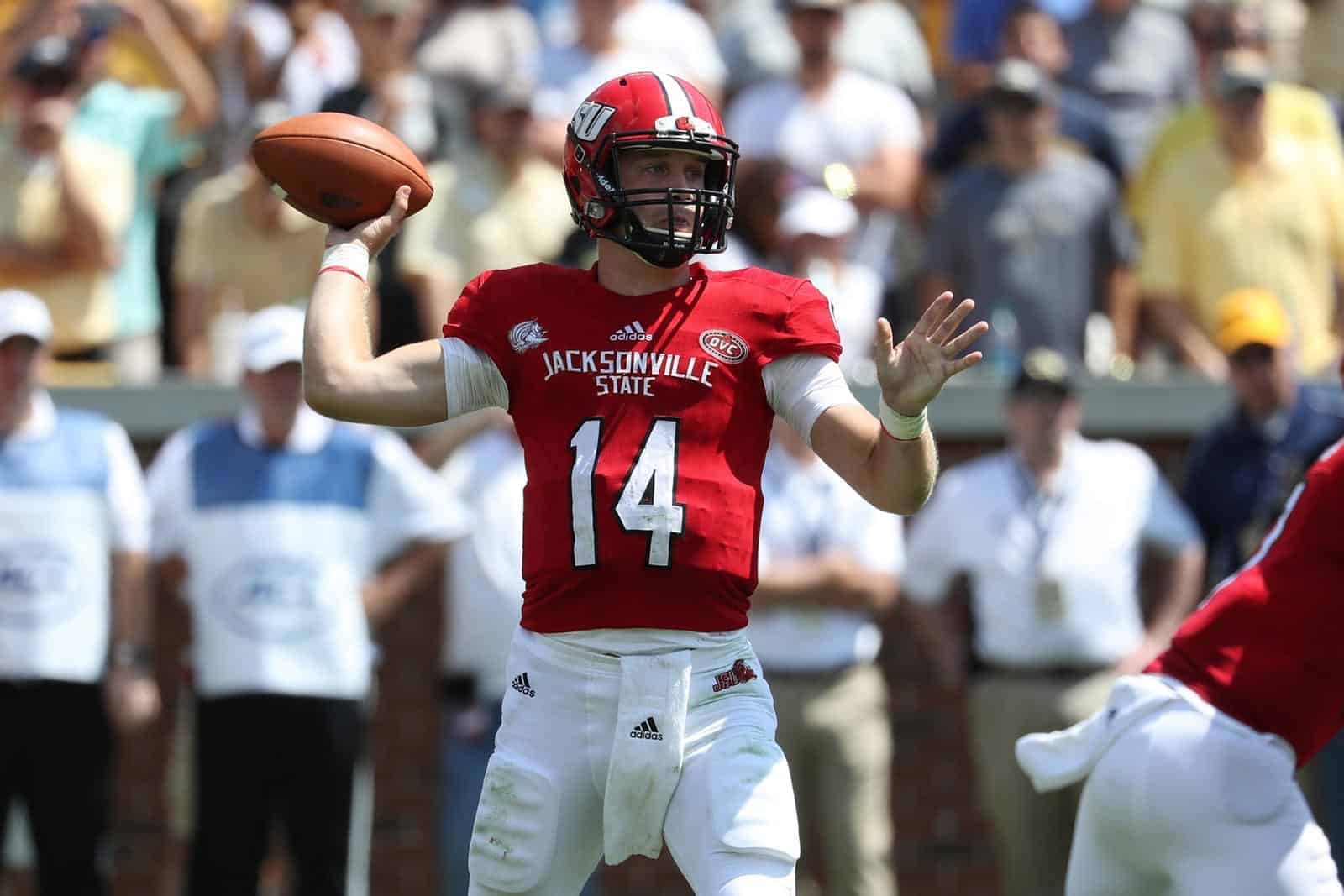 The Jacksonville State Gamecocks have released their 2019 football schedule, which features games against Eastern Washington and North Alabama.

“We couldn’t be more excited about our 2019 football schedule,” JSU Athletics Director Greg Seitz said. “Not only do we have a record-number of home games for our fans, but we were able to secure seven Division I games in what we feel is one of the best settings in the FCS.

“Our schedule features old rivalries, as well as the national runner-up coming to JSU for the first time,” Seitz added. “We’ve drawn over 100,000 fans in each of the last four seasons and have been in the top 10 in attendance each year since 2013. We can’t wait to be able to play in front of those fans at least seven times this fall.”

Jacksonville State will open the 2019 season on the road in Hammond against the Southeastern Louisiana Lions on Saturday, Aug. 31. This matchup was previously unannounced and is the first game of a home-and-home series that concludes at Jacksonville in 2020.

JSU will kick off their home slate at Burgess-Snow Field at JSU Stadium on Sept. 7 against the Chattanooga Mocs. The Gamecocks will host two more games after that — the Eastern Washington Eagles on Sept. 14 for Band Day and the North Alabama Lions on Sept. 21 for Family Day.

Next, Jacksonville State begins Ohio Valley Conference play at the Austin Peay Governors on Sept. 28. JSU then returns home to host the Tennessee State Tigers on Oct. 5 for Preview Day.

The Gamecocks then play at the Eastern Illinois Panthers on Oct. 12 before returning home on Oct. 19 to host the Southeast Missouri Redhawks for Homecoming.

The Murray State Racers visit JSU Stadium on Oct. 26 for Hall of Fame weekend before the Gamecocks head out to face the UT Martin Skyhawks on Nov. 2.

Jacksonville State wraps up the 2019 regular-season with two games over a three-week span. JSU plays at the Tennessee Tech Golden Eagles on Nov. 9, has an off week on Nov. 16, and then closes at home against the Eastern Kentucky Colonels on Nov. 23 for the Southerners Reunion.

Jacksonville State was selected to the FCS Playoffs in 2018, their eight overall appearance. The Gamecocks beat ETSU in the First Round 34-27, but then fell to Maine 55-27 in the Second Round to finish the season 9-4 overall (7-1 OVC).