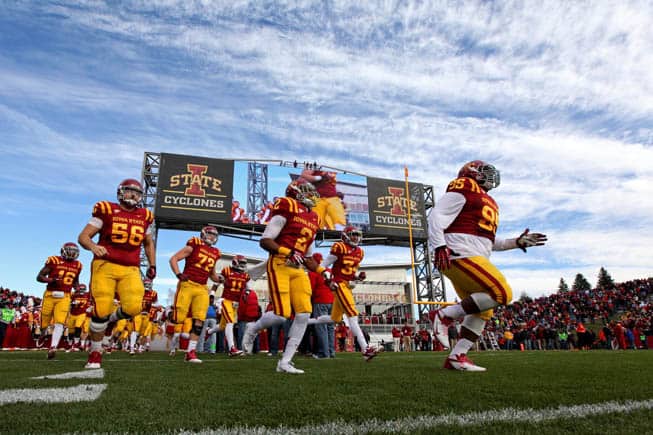 Iowa State was originally scheduled to host Toledo in a non-conference game at Jack Trice Stadium on Sept. 20. The game will now be played on Oct. 11.

A Big 12 contest against Kansas State was previously slated for Oct. 11 but has been moved up to Sept. 6. The Oct. 11 game, which is now Toledo, will remain as homecoming for ISU.

The move was made to alleviate a scheduling quirk for Kansas State which had consecutive open dates on Sept. 6 and Sept. 13.

On Monday, K-State athletic director John Currie first mentioned the possibility of the Big 12 moving one of their later games into the Sept. 6 slot.

Moving Iowa State to Sept. 6 on K-State’s 2014 schedule preserves the Sept. 13 open date for the Wildcats. They preferred to keep that date open to match their Sept. 27 opponent, Auburn, which is also off on Sept. 13.