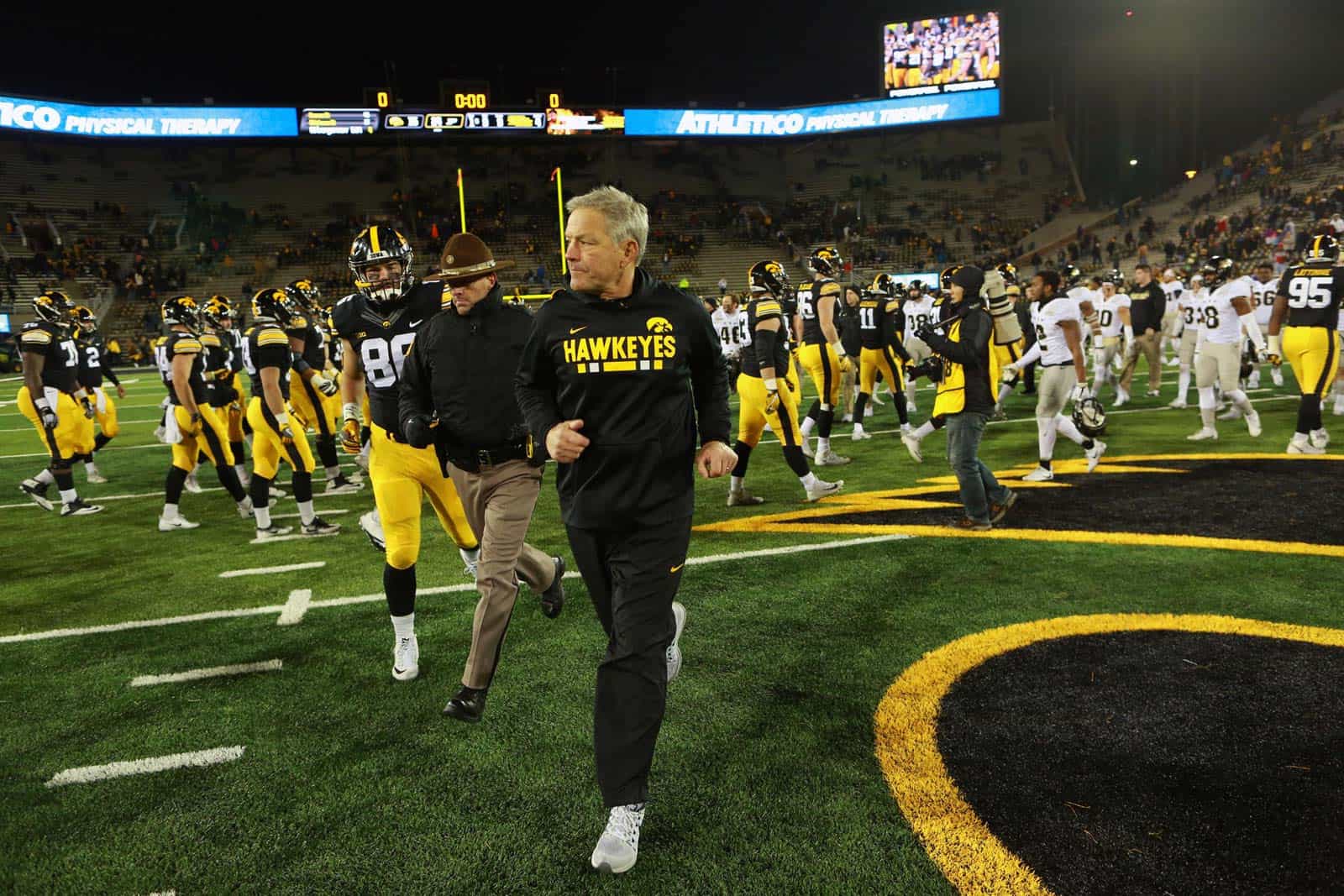 The Iowa Hawkeyes have added four opponents to their future football schedules, the school announced on Wednesday.

The announcement of four new non-conference games was tied in with the revealing of the Big Ten football schedule for the 2022 through 2025 seasons.

When South Dakota State travels to Iowa City in 2022, they will be making their first-ever appearance against the Hawkeyes. South Dakota State competes in the Missouri Valley Conference in the Football Championship Subdivision (FCS).

Illinois State, also a Missouri Valley member, will travel to take on Iowa for only the second time on the gridiron. The Redbirds fell to the Hawkeyes 31-14 in their first meeting in 2015.

Of the new opponents Iowa announced on Wednesday, the Hawkeyes have faced the Northern Illinois Huskies the most. The two schools will meet next in Iowa City on Sept. 13, 2025.

Northern Illinois and Iowa also meet to open the 2018 season on Saturday, Sept. 1. The game is set for a 3:30pm ET start on the Big Ten Network.