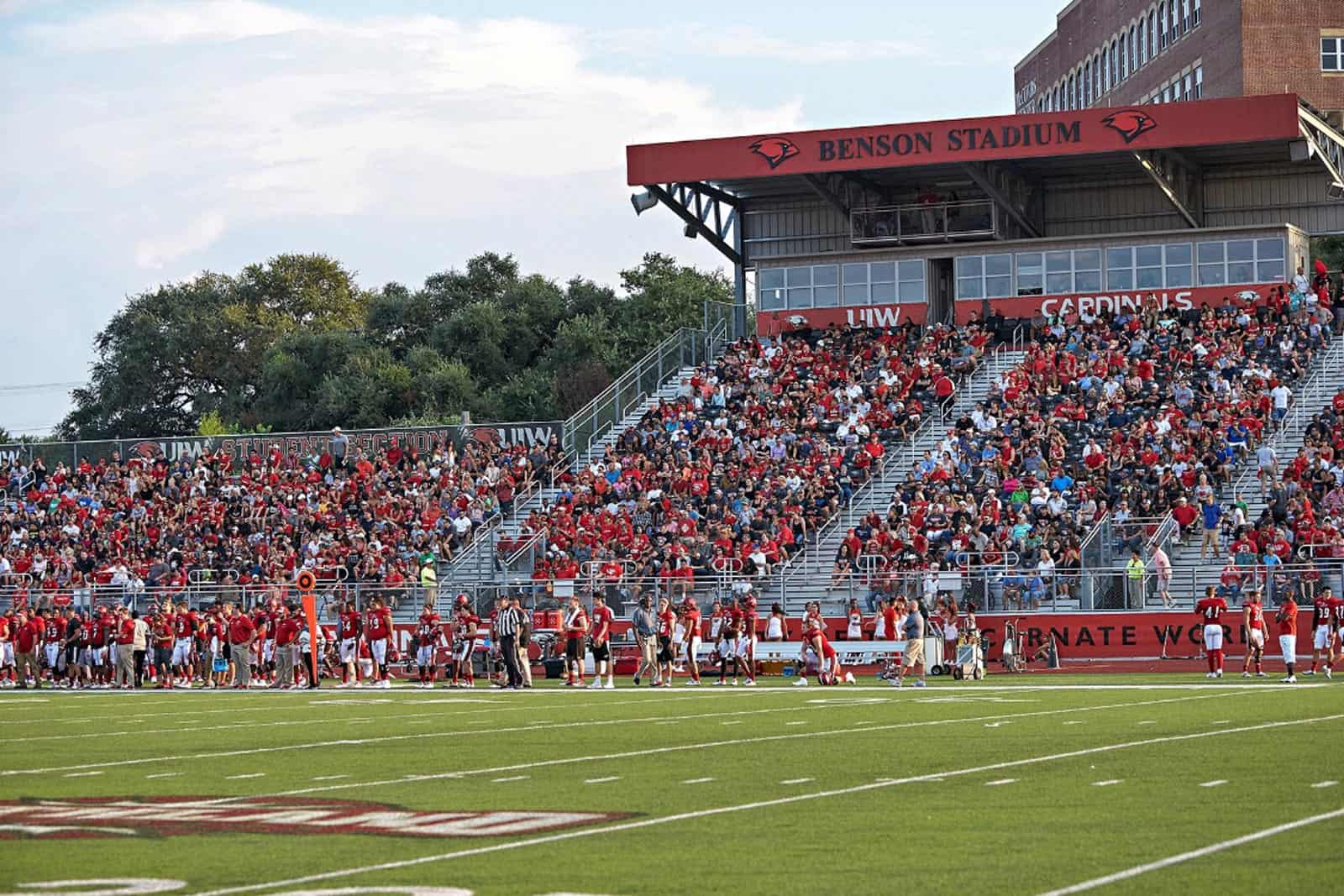 The Incarnate Word Cardinals have announced their football schedule, which features games at UTSA and New Mexico State.

Incarnate Word will open the 2019 season with a crosstown matchup against the UTSA Roadrunners at the Alamodome on Saturday, Aug. 31.

UIW opens their home schedule at Gayle & Tom Benson Stadium in San Antonio, Texas, against the Texas Southern Tigers on Sept. 7. The following week on Sept. 14, the Cardinals have their only open date of the season.

Incarnate Word opens up Southland Conference play on the road against the Sam Houston State Bearkats on Sept. 21. The Cardinals then return to San Antonio to host the Abilene Christian Wildcats on Sept. 28.

Back-to-back road contests are next, as Incarnate Word will travel to face the Houston Baptist Huskies on Oct. 5 and the Southeastern Louisiana Lions on Oct. 12.

UIW then heads out for two more road contests. The Cardinals play at the Stephen F. Austin Jacks on Nov. 9 and them step out of conference action for a week to play the New Mexico State Aggies on Nov. 16.

Incarnate Word wraps up their 2019 slate with a home contest against the Central Arkansas Bears on Friday, Nov. 22.

UIW finished their 2018 campaign with a 6-2 record in Southland Conference action and a 6-5 record overall. The Cardinals made their first FCS Playoff appearance last season, but fell at Montana State 35-14 in the First Round.