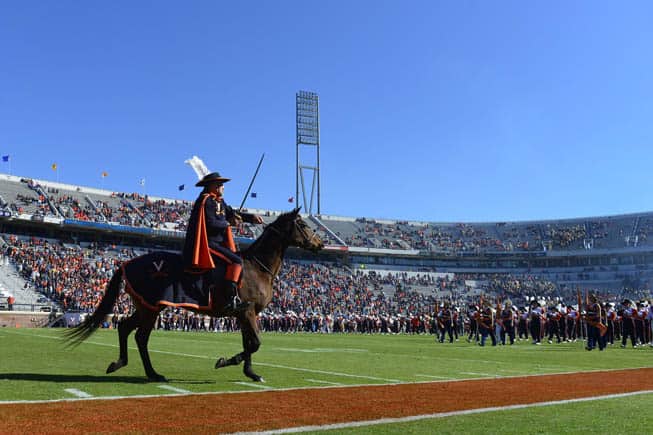 The Illinois Fighting Illini and the Virginia Cavaliers have scheduled a home-and-home football series for 2021 and 2022, both schools officially announced this afternoon.

This is another future series that was listed in a future football schedule document that the Big Ten accidentally leaked a couple of weeks ago.

In the first game of the series, Illinois will travel to face Virginia at Scott Stadium in Charlottesville on Sept. 11, 2021. The Fighting Illini will host the second and final game at Memorial Stadium in Champaign on Sept. 10, 2022.

“This series with Virginia is a great addition to our future schedules,” Illinois Director of Athletics Mike Thomas said. “We set out to schedule games against peer institutions and we were able to do that with this series.”

Illinois now has their future non-conference slate set through the 2018 season, while their Big Ten schedule is finished through 2019. The Illini have two openings for non-conference games each season from 2019 through 2022. This includes a 2019-20 series versus Kansas that hasn’t been finalized yet.

Games against the Fighting Illini are the first two scheduled for Virginia for both the 2021 and 2022 seasons.

Virginia also announced today that they will host Central Michigan in 2016 on a date is to be determined.