Illinois to host USF at Soldier Field in 2018 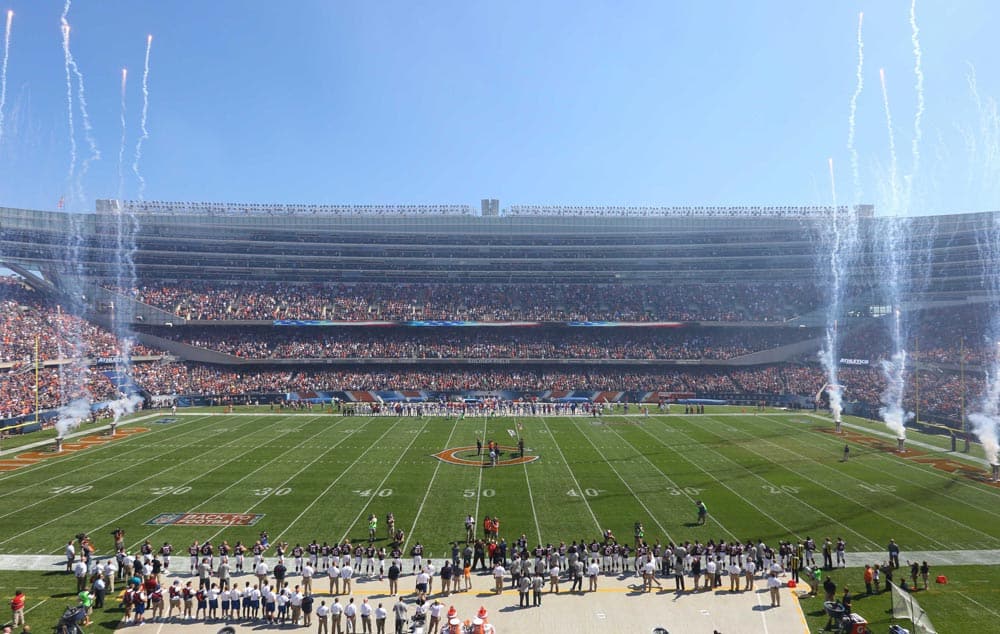 The Illinois Fighting Illini will host the USF Bulls at Soldier Field in Chicago in 2018, the school announced on Tuesday.

Illinois was previously scheduled to host Northwestern at Soldier Field in 2017 and 2019, but the Illini have decided to play those games on campus instead.

Illinois and USF, which were previously scheduled to play at Memorial Stadium in Champaign, will face off at Soldier Field on Sept. 15, 2018.

Soldier Field, the home of the NFL’s Chicago Bears, has a seating capacity of 61,500.

According to Illinois Director of Athletics Josh Whitman, the Illini plan to host a non-conference opponent at Soldier Field every four years. Following the USF game, the next matchup would be in 2022. Illinois already has non-conference games scheduled against Virginia, Wyoming, and Central Michigan that season.

“We feel strongly that we should play our traditional rivalry games in Champaign, but at the same time we are committed to a strong presence in Chicago,” Whitman said. “Our intent is to play a major non-conference opponent at Soldier Field once every four years. Our team and fans enjoyed the game against Washington in 2013. It is important to maintain exposure in Chicago, and this also allows our fans and student-athletes an opportunity to experience Soldier Field.”

“With our strong ties to Chicago, playing Illinois football in historic Soldier Field will be a highlight for our players,” Illinois head coach Lovie Smith said. “Hosting a game in Chicago is great for recruiting while also giving the largest base of Illinois graduates access to Fighting Illini football.”