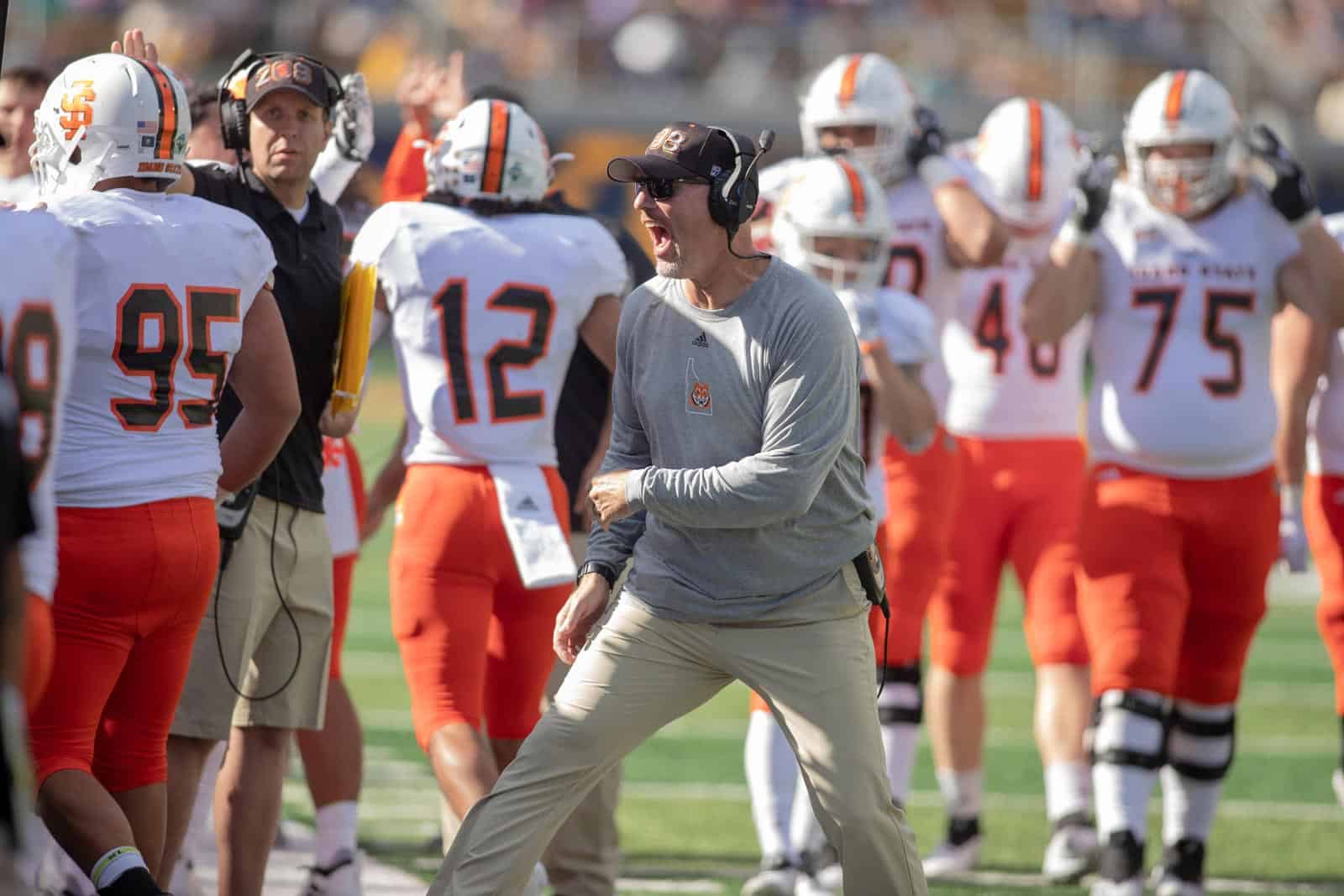 Copies of contracts for games with all four opponents, totaling five games, were obtained from Idaho State University via a state public records request.

Idaho State will travel to take on the Fresno State Bulldogs at Bulldog Stadium in Fresno, California, on Sept. 5, 2020. The Bengals will receive a $350,000 guarantee for the game.

Idaho State and Fresno State have met three times on the gridiron. In their most recent matchup in 1977, Fresno State defeated Idaho State 28-7 to take a 2-1 lead in the series.

The addition of Fresno State tentatively completes Idaho State’s 2020 football schedule. Other non-conference games for Idaho State include at New Mexico on Aug. 29 and home against Northern Iowa on Sept. 12.

Fresno State has also tentatively completed their schedule for the 2020 season. The Bulldogs are also slated to play at Colorado (Sept. 12) and Texas A&M (Oct. 10) and host New Mexico State (Oct. 17).

The Bengals have scheduled two FBS opponents for the 2021 season. Idaho State will travel to Reno to take on the Nevada Wolf Pack on Sept. 11 and will visit Provo to face the BYU Cougars on Nov. 13. ISU will get guarantees of $350,000 from Nevada and $500,000 from BYU.

Nevada leads the all-time series over Idaho State 18-12, while BYU owns a 5-0 lead in their series with the Bengals.

Idaho State’s 2021 non-conference slate is now tentatively complete. ISU is scheduled to open the 2021 season at home against North Dakota.

The addition of Idaho State tentatively completes the non-conference schedule in 2021 for both Nevada and BYU. Nevada also plays at California (Sept. 4) and Kansas State (Sept. 18) and hosts New Mexico State (Oct. 9) that season.

BYU, an FBS Independent, has 12 games scheduled for 2021. The Cougars are slated to open the season on Thursday, Sept. 2 against Arizona at Las Vegas Stadium.

Idaho State will travel to play the San Diego State Aztecs in consecutive seasons, first on Sept. 10, 2022. The Bengals will receive a $450,000 guarantee for that contest.

The following season on Aug. 26, 2023, Idaho State will again play at San Diego State. The game will be played in Week Zero and is eligible for that date because San Diego State plays at Hawaii that season.

Idaho State will receive a $475,000 guarantee for their 2023 contest against San Diego State.

Idaho State has surpassed Idaho as the 2nd best program in the state which is pretty surprising as Idaho was FBS and a won a bowl game game only 3 years ago. While they’ll be outgunned by BYU,Fresno and San Diego State,on paper they should compete with Nevada and New Mexico….