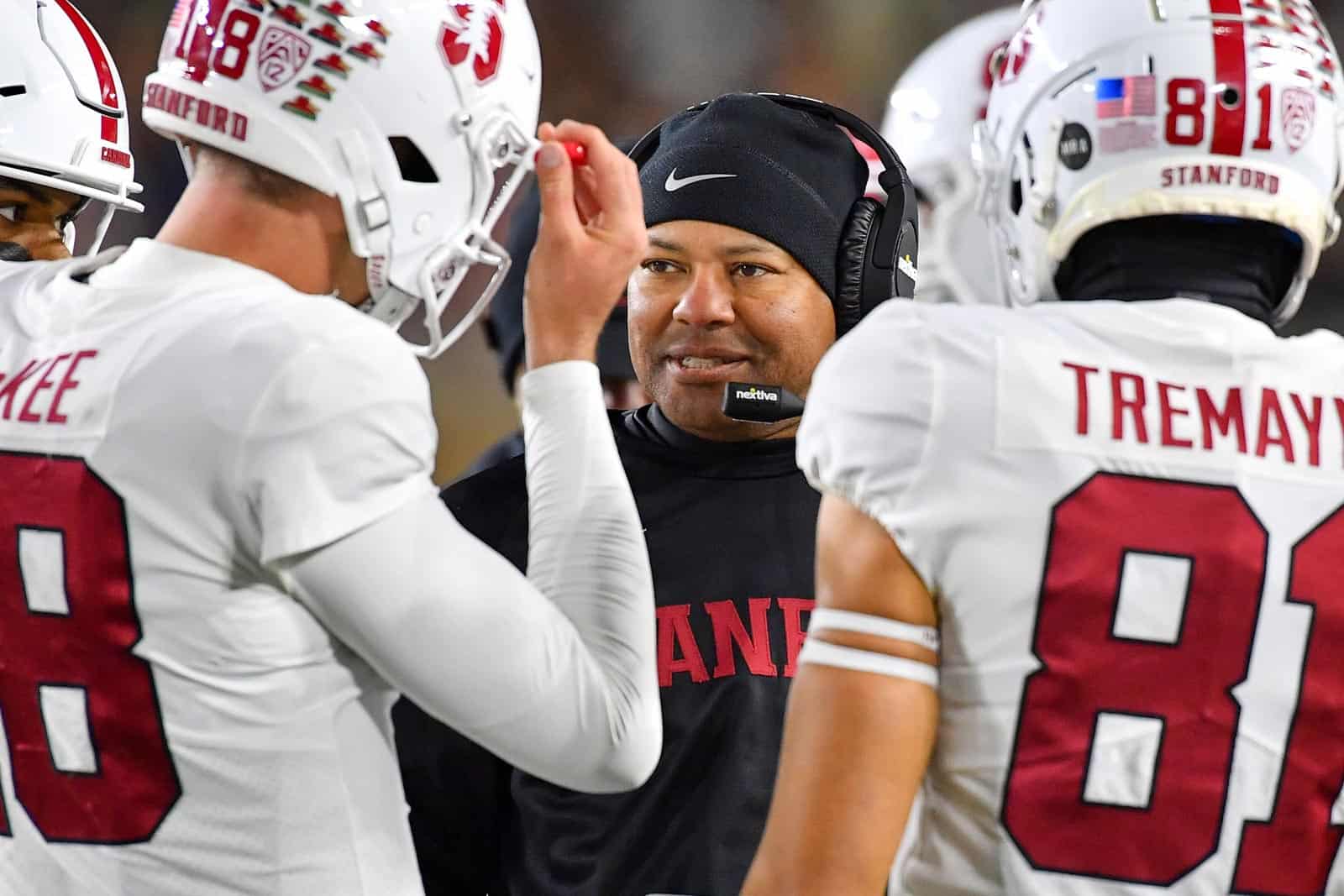 Last July we highlighted the programs which, according to Phil Steele, had the toughest and easiest schedules in each of the ten FBS conferences coming into the 2022 season.

Speed forward six months and now that the dust has settled, we can see how perceived schedule strength impacted the narrative, and ultimate outcomes, of the latest college football campaign. Is it any coincidence that five of the ten head coaches leading the “toughest” schedule schools either were fired or stepped down from their jobs at season’s end?

The program that, per Steele, had the toughest ranked schedule among all Group of 5 clubs, Navy skidded to a 4-8 finish in 2022. Among the losses were close decisions vs. the likes of then (20) Notre Dame (35-32), at Air Force (13-10), and at Cincinnati (20-10). Despite the difficulty, the subpar performance – also the Midshipmen’s third-straight season with four or fewer wins – was enough to cost 15-year head coach Ken Niumatalolo his job.

Houston finished the regular season 7-5, capping off its campaign with a 23-16 win over Louisiana in the Independence Bowl. Though it marked the Cougars’ first back-to-back winning seasons since 2017-18, it was a disappointment given the No. 24 rank in the preseason AP and a schedule, especially in AAC play, that looked like an opportunity for a perfect run.

Steele had Tulane’s schedule as the fourth most-difficult in the American. He also had the Green Wave finishing tied for No. 7 in the 11-member league.

Not only did the Yellow Jackets play (1) Georgia, then (20) Ole Miss, and UCF in non-league action, they added a roadie at Florida State to its standing cross-divisional fixture with then (4) Clemson. It added up to a 5-7 finish, the fourth-straight losing campaign and the end of the Geoff Collins era, which wrapped up four games into the season.

Not only was Duke’s schedule the easiest in the ACC – Steele had it as the easiest among the entire Power 5. The Blue Devils sailed to a 9-4 record, their best mark since 2014. Included was the biggest win over Miami Fla. in program history – a 45-21 beatdown on the road.

Steele had Clemson’s slate as the sixth-most difficult in the 14-member ACC.

Indiana posted a 4-8 record, that while a two-win improvement over its performance in 2021, was a far cry from the eight wins it earned as recently as 2019. The Hoosiers opened the season 3-0 only to lose eight of their last nine including games at then (4) Michigan, vs. (16) Penn State and at (2) Ohio State – all teams the finished in the Top Ten.

Minnesota finished 9-4 for the second-straight season, its best two-year mark since 2002-03. The Gophers’ only real threat in non-league play was Colorado (a 49-7 win) and though it lost big at then (16) Penn State (45-17), it totally avoided big guns Michigan and Ohio State in cross-division action from the East.

The second-easiest rated schedule in the Big Ten, the Wolverines didn’t play a Power club in non-conference action and drew Iowa, Illinois, and Nebraska from the West.

After opening with five impressive wins, the Cowboys fell 43-40 at then (13) TCU, rebounded with a big home win vs. (20) Texas (41-34), and then promptly dropped four of its last five. The loss to Wisconsin in the Guaranteed Rate Bowl earned OSU a 7-6 finish, its worst since 2018.

As was the case with Big Ten champion Michigan, K-State won the league title amid the backdrop of the second-easiest rated schedule in its conference.

Despite playing at then (14) USC, Houston, and Louisiana in non-conference play, Rice went 5-7 in regular season action, its best mark since 2015 and enough, kind of sort of, to garner its first bowl appearance since 2014.

The Panthers had the dubious honor of the easiest schedule among all FBS clubs coming into 2022. Despite this perceived advantage, the Panthers went 4-8, a run that included a 2-6 mark in league play and losses at Texas State and vs. UConn in non-conference action. To keep things in perspective, it was also their best performance since scoring a 6-7 record in 2019.

The Roadrunners had the second-hardest schedule in C-USA coming into the 2022 season, a slate that included a home date with then (24) Houston and a roadie at (21) Texas.

While Kent State’s 5-7 mark may not have left enthusiasts with a plethora of Golden Flashbacks, it faced the most difficult non-conference schedule among FBS clubs in 2022. KSU kicked off with a 45-20 loss at Washington (which finished at No. 8 in the final AP), traveled the next week to then (7) Oklahoma (a 33-3 loss) and then, after a home win vs. FCS LIU, made the trek down south to play then, and still, (1) Georgia (a 39-22 defeat). When the season wrapped, five-year head coach Sean Lewis stepped down to take the OC job at Colorado.

Buffalo cashed in on the third-easiest schedule in the FBS ranks with a 7-6 finish, a campaign that ended happily with a narrow 23-21-win over Georgia Southern in the Camellia Bowl.

The Rockets’ schedule was rated as the sixth-most-difficult among the 12-member MAC.

Despite playing at Oregon State (which finished No. 17 in the final AP) in the opener and drawing Fresno State and San Diego State in cross-division play, Boise State went 10-4 – its best result since 2019 – and ascended to the MWC title game.

Air Force posted a 10-3 mark for the second-straight season. In non-league play it blew out Colorado 41-10 and then edged Navy (13-10) and Army (13-7) to win the Commander in Chief Trophy. The real crown jewel was a 30-15 win over Baylor in the frigid Armed Forces Bowl.

Fresno State, like fellow league champs Michigan and K-State, played the second-easiest schedule in its conference in 2022.

Stanford’s top ten rated schedule – which had them playing five opponents that were ranked at game time – resulted in a 3-9 finish. Combined with an 11-19 mark from 2019-21 it was enough to compel David Shaw, in his twelfth year at the helm, to resign.

Auburn had the dubious distinction of not only scheduling a Penn State club that finished No. 7 in the AP in non-SEC play but also drew both Alabama (No. 5 in the final AP) and (1) Georgia on the road. How did it go? The Tigers skidded to a 5-7 mark, the worst outcome since a 3-9 record in the final year of the Gene Chizik era. For second-year head coach Bryan Harsin, by the end of October it was the end of the road.

Though Georgia earned every ounce of both its SEC and national titles, it did so while drawing Mississippi State as its rotating cross division opponent from the mighty West, thereby avoiding Alabama, Arkansas, Ole Miss, Texas A&M, and LSU in regular season play.

Georgia was the only club with the easiest rated schedule among its contemporaries to win a league title in 2022.

ULM had roadies at Texas and then at (2) Alabama in non-Sun Belt play and drew Coastal Carolina from the East on its way to a 4-8 finish, its fourth-straight losing season. The Warhawks haven’t eclipsed the .500 mark since earning an 8-5 record in 2012.

While the Ragin Cajuns did travel to then (20) Florida State in Week 12, they were already 5-5 by then, that despite the second-easiest rated schedule in the land. The 6-7 finish was the poorest outcome for the Louisianaians since 2017.

The Trojans’ schedule was rated as the fourth-most difficult in the Sun Belt coming in to the 2022 season.

How would Texas A&M or Arkansas have improved Georgia’s schedule? Medicore teams at best. And Georgia put 50 up on LSU. Tough?

Regarding your Comment on Georgia’s “easy ” draw in the SEC west…Mississippi state defeated Arkansas, TAMU, Auburn and Ole Miss in 2022. Georgia had no trouble with much of anybody in 2023. But Mississippi Sate was not the easiest draw in the SEC West.

US Naval Academy’s win over UCF was a quality win VS a conference Foe.

How does your point illustrate a Position For or Against Amy Daughters toughest / easiest schedules in the American & VS other Conferences?

The post was wrong, it had Navy losing to UCF