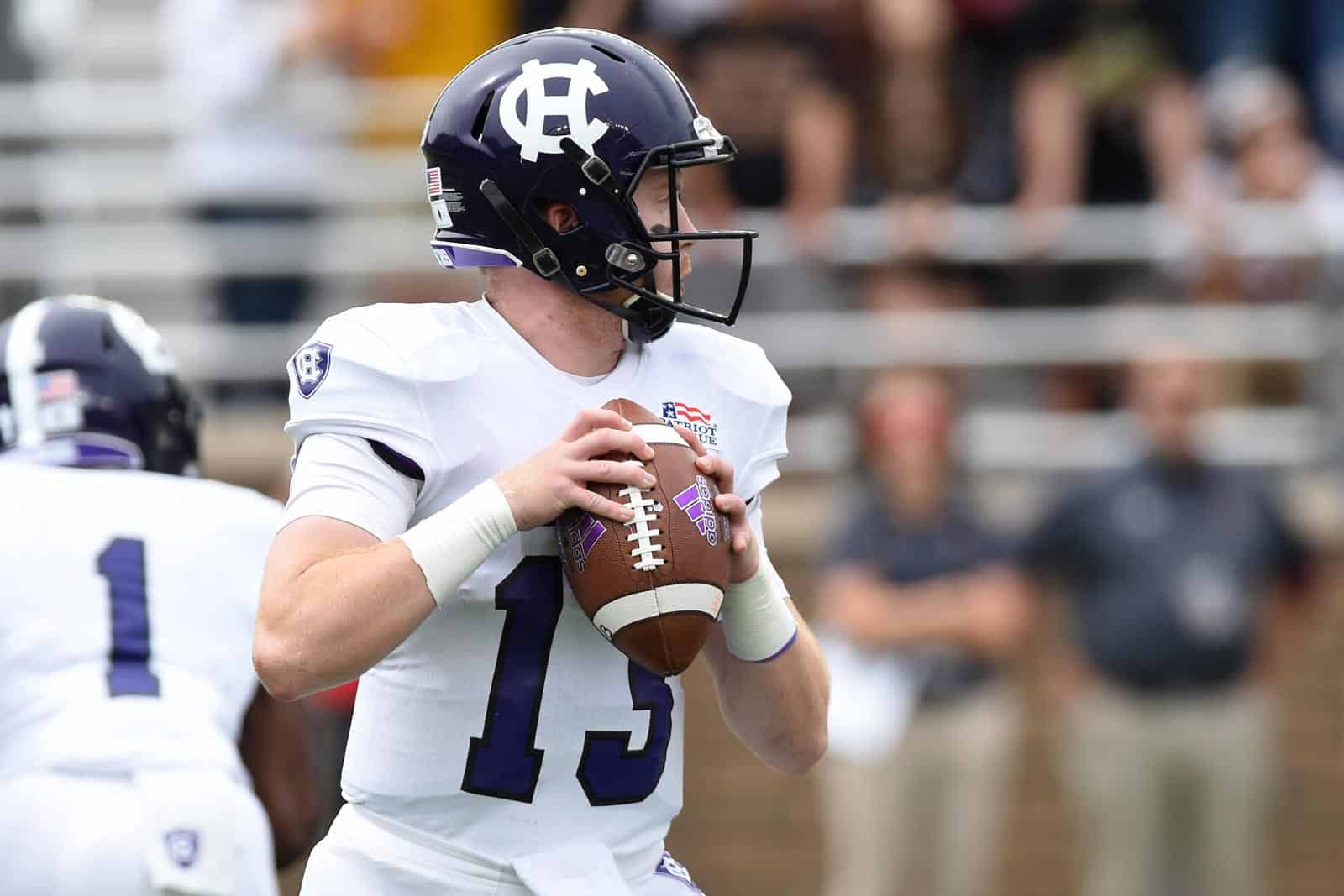 The Holy Cross Crusaders will play at the Buffalo Bulls in 2022 and at the Boston College Eagles in 2023, the school announced on Wednesday.

Holy Cross will travel to take on Buffalo at UB Stadium in Buffalo, New York, on Sept. 10, 2022. The contest will be the 11th overall meeting between the two schools.

“We are very excited to add a game against an opponent like Buffalo,” Holy Cross Director of Athletics Marcus Blossom said. “Buffalo has traditionally been one of the better teams in the Mid-American Conference, and competing against the Bulls will better prepare our student-athletes to compete for a Patriot League championship. This game also gives us the opportunity to get back to western New York, where we have a robust and engaged alumni community who will enjoy seeing their team play in their own backyard.”

Buffalo is Holy Cross’ second scheduled non-conference opponent for the 2022 season. The Crusaders are also scheduled to host Yale on Sept. 17.

The addition of Holy Cross tentatively completes Buffalo’s 2022 non-conference schedule. The Bulls are also slated to play at Maryland (Sept. 3), at Coastal Carolina (Sept. 17), and at UMass (Oct. 15) that season.

Holy Cross will travel to take on the Boston College Eagles on Boston College at Alumni Stadium on Sept. 9, 2023. The two schools played last season, a 62-14 BC win, and are scheduled to meet in a previously announced game on Sept. 5, 2020 (previously scheduled for Oct. 31, 2020).

“I’m happy to be in a position where I can help this renewed tradition flourish,” said Blossom. “To be able to compete against an opponent of BC’s caliber – and one that shares our Jesuit values – excites generations of Crusaders and creates an atmosphere that energizes our student-athletes, alumni and supporters.”

Boston College and Holy Cross have squared off 83 times on the gridiron and the Eagles currently lead the overall series 49-31-3.

Holy Cross’ only other non-conference game currently schedule for the 2023 season is a Sept. 16 trip to play Yale.

In addition to the Crusaders, Boston College’s 2023 slate also consists of contests at Army on Oct. 7 and at home against UConn on Oct. 28.