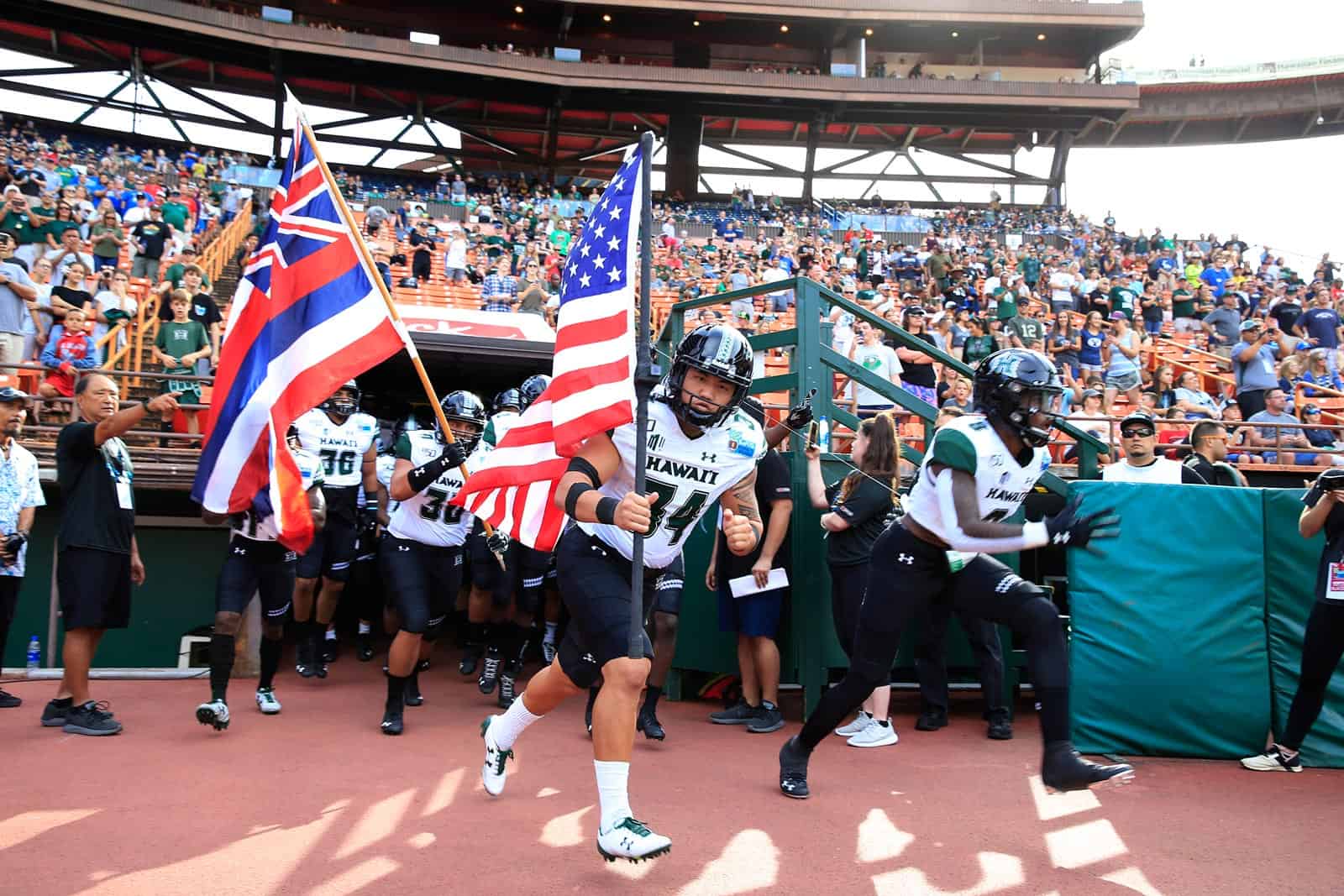 The Hawai’i Rainbow Warriors have opted out of playing in 2021 EasyPost Hawai’i Bowl, the school announced on Thursday evening.

Hawai’i was scheduled to play the Memphis Tigers on Christmas Eve, Friday, Dec. 24, 2021, at the Clarence T. C. Ching Athletics Complex, located on the campus of the University of Hawaii at Manoa in Honolulu.

“We are disappointed our season has to end this way,” head coach Todd Graham said. “As competitive as we are and as much as we want to play the game, we cannot put the health and safety of our student-athletes at risk.”

This is the second consecutive season that the Hawai’i Bowl has been canceled due to COVID-19 issues. Last seasons matchup was canceled in October before the teams were announced.

“The health and safety of our student-athletes is the most important part of this decision,” said Athletics Director David Matlin. “The recent surge in COVID-19 cases has forced us to not participate in the game. We are disappointed for our players, coaches, and fans. ESPN and the EasyPost Hawai’i Bowl staff did everything they could for us and we appreciate their valiant effort throughout the week. We want to thank the Memphis Tigers for making the long trip to Hawai’i. We are disappointed we can’t compete on the football field.”

Following Hawai’i’s announcement, ESPN Events, the owner of the bowl game, released a statement of disappointment.

“We are aware of the University of Hawaii’s decision not to participate in the 2021 EasyPost Hawai’i Bowl,” ESPN Events said in a statement. While we are disappointed that the bowl will not be played despite considerable efforts from our many stakeholders, sponsors, supporters, and volunteers who worked tirelessly to make this game a reality, we thank the University of Memphis program and its fans for making the long trip, and we hope they were able to enjoy the unique experience that this event offers in the Aloha state.”

The next scheduled bowl game is on Christmas Day, Saturday, Dec. 25. The Georgia State Panthers will take on the Ball State Cardinals in the TaxAct Camellia Bowl and it will be televised by ESPN at 2:30pm ET.

Do we know if Memphis will be reimbursed for this trip, since there will be no bowl game pay out?

By who? The NCAA, Hawaii, Covid?

Here we go again……..more panic for nothing. Wake up people

Covid is the concern…because X number of positives amongst 100% asymptomatic players Coaches and personnel. This is typically liberal hysteria running rampant.
So, what do you suppose all those players will do tonight?

Seems like Hawaii could have figured this out a day or two earlier, which would have freed up Memphis to pursue the Gator Bowl slot that TAMU vacated.

Too much pressure from espn to try to make it work.