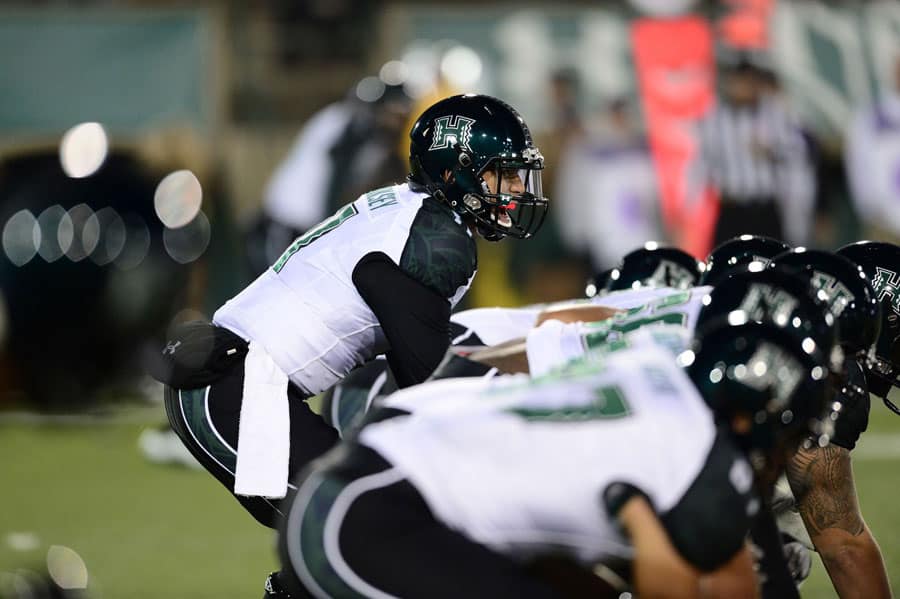 Yesterday, the Hawaii Rainbow Warriors announced the addition of several games to their future football schedules.

First, there was the addition of two games to an existing series with the Arizona Wildcats. The two schools will now meet in Tucson in 2016 and 2020 and in Honolulu in 2019 and 2025.

Then there was a three-game series announced with the Oregon Ducks. Hawaii will travel to Eugene to face the Ducks in 2020 and 2023 and will then host Oregon in 2024.

Upon reviewing the future schedules on their official website, a date change was noticed plus another addition.

Hawaii has also added two additional games against the Army Black Knights, per their website. The Rainbow Warriors will travel to Michie Stadium in West Point on Nov. 19, 2022 and will then host Army at Aloha Stadium on Nov. 30, 2024.

Seems clear that Hawai’i closing down football is less and less likely with each additional contract.

What happened to the games against Kansas?

Kansas asked out of the contract due to their coaching change.