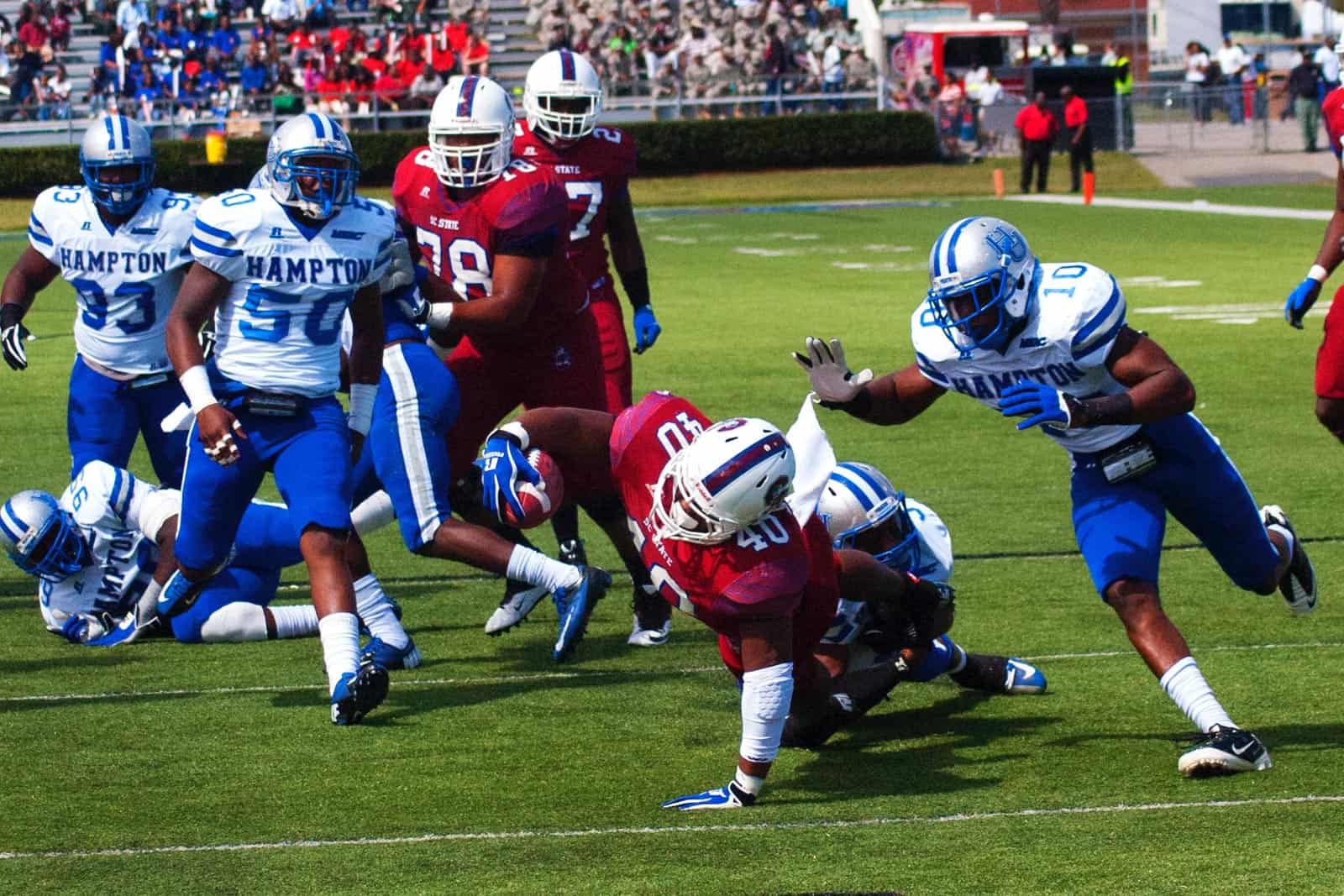 The Hampton Pirates have announced their 2019 football schedule, which includes six games at home.

“Heading into our first year in the Big South, this schedule will help us be ready for the challenges ahead,” Hampton head coach Robert Prunty said.  “We look forward to representing Hampton on and off the field in our first season of Big South action.”

Hampton will open the 2019 season at home at Armstrong Stadium in Hampton, Virginia, on Saturday, Aug. 31 with back-to-back games against Division II opponents from the CIAA. The Elizabeth City State Vikings visit on Saturday, Aug. 31 for Alumni Day, followed by the Virginia Union Panthers on Sept. 7.

“With this schedule that was created with the help of many people across campus, we were able to maintain our history with matchups against the CIAA and MEAC schools which is what we have wanted since the beginning,” said Hampton Director of Athletics Marshall.

Hampton was previously scheduled to open the 2019 season against the Tennessee State Tigers at Nissan Stadium in Nashville, Tennessee. That game has evidently been postponed to another season or canceled.

The Pirates then travel for consecutive road contests, first against Howard in the Chicago Football Classic at Soldier Field on Sept. 14. Hampton then travels to take on the Liberty Flames on Sept. 21.

After an off week on Sept. 28, Hampton returns to action with an Oct. 5 home game against the North Alabama Lions, their first-ever Big South Conference game. The game will serve as Hampton’s Pink Day/City of Hampton Day/Family Day.

Hampton then heads out for two more road contests. The Pirates are slated to visit the Gardner-Webb Bulldogs on Oct. 12, followed by the Campbell Camels on Oct. 19.

The next week on Oct. 26, Hampton hosts the Virginia-Lynchburg Dragons, which competes in the National Christian College Athletic Association (NCCAA). The contest is Hampton’s final non-conference game of the 2019 season and will serve as their Homecoming.

Hampton’s November slate is all Big South action, beginning with a home contest against the Presbyterian Blue Hose on Nov. 2 (Military Appreciation Day). The Pirates then head out to face the Charleston Southern Buccaneers on Nov. 9.

The Kennesaw State Owls visit Hampton on Nov. 16 for Senior Day/Corporate Partners Day. Hampton then closes out the 2019 regular-season at the Monmouth Hawks on Nov. 23.

The 2019 season will mark Hampton’s first as a member of the Big South Conference. The Pirates will not be eligible for the conference championship or the FCS playoffs this season.