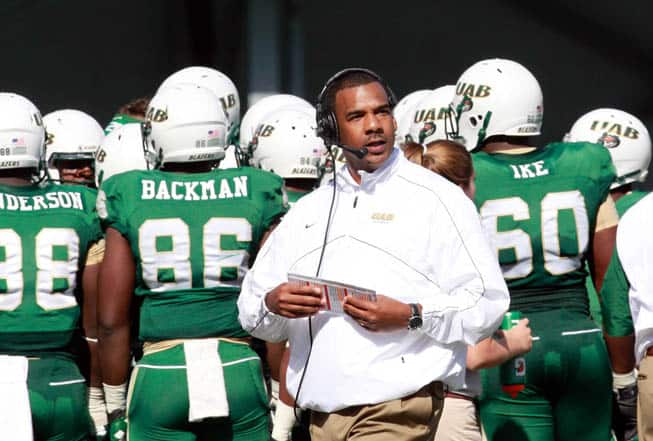 The Georgia State Panthers and the UAB Blazers have scheduled a home-and-home football series for 2015 and 2016, both schools announced today.

Georgia State will travel to face UAB at Legion Field in Birmingham on Sept. 12, 2015. The Panthers will then host the Blazers at the Georgia Dome in Atlanta on Oct. 1, 2016.

The 2015 contest will be the first ever meeting between the two schools. Georgia State is a member of the Sun Belt Conference, while UAB is in Conference USA.

Georgia State now has three non-conference games scheduled for both the 2015 and 2016 seasons. In 2015, GSU also hosts Charlotte and travels to Oregon. In 2017, the Panthers play at Air Force and Wisconsin.

UAB is scheduled to open the 2015 season at Tennessee on Sept. 5. The Georgia State series gave the Blazers their second non-conference opponent in 2015 and first in 2016.

Georgia State also announced today that the date of their game at Clemson in 2014 is Nov. 22. That is one of the two dates that were specified in the original contract.

The Blazers will find a way to lose….they always do

Good to see some of the non-bcs schools facing one another. Hope these two schools can build their programs into c-usa and sun belt contenders soon.