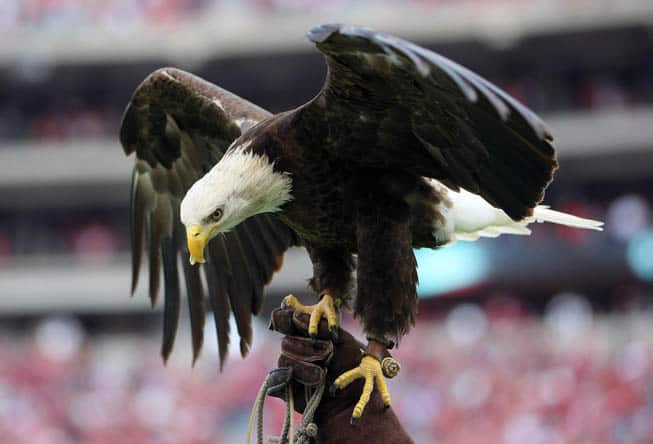 Georgia Southern will host The Citadel in 2015 and has also learned their 2014-15 Sun Belt Conference opponents, according to information gained via a records request to the school.

Georgia Southern will host The Citadel at Paulson Stadium in Statesboro on Sept. 19, 2015. The game will be the 24th overall meeting between the schools in a series that is led by the Eagles 17-5. (Update: GSU will pay The Citadel a $175,000 guarantee.)

Georgia Southern and The Citadel first met in the 1st Round of the 1988 Division 1-AA Playoffs, and then squared off again in the post-season in 1990.

After GSU joined the Southern Conference, they began playing The Citadel in 1993 and have faced them every season since then. The two schools meet as fellow members of the FCS for the final time on Oct. 12, 2013.

Georgia Southern is moving up to the FBS and will officially join the Sun Belt Conference on July 1, 2014.

The Eagles now know who they will face in their first two seasons as members of the Sun Belt Conference. Here are their opponents for each season:

We also have an update on the Georgia Southern at LSU game that we first reported was being moved from 2014 to 2017. The two schools are now set to meet at Tiger Stadium to open the season on Sept. 2, 2017.

as an APP supporter, excited to start seeing both our and the Eagles 1st FBS schedules come together.

Same here as a GSU fan. Glad to have the App St. rivalry live on!

Pretty sure y’all will play annually when the SBC splits into divisions.