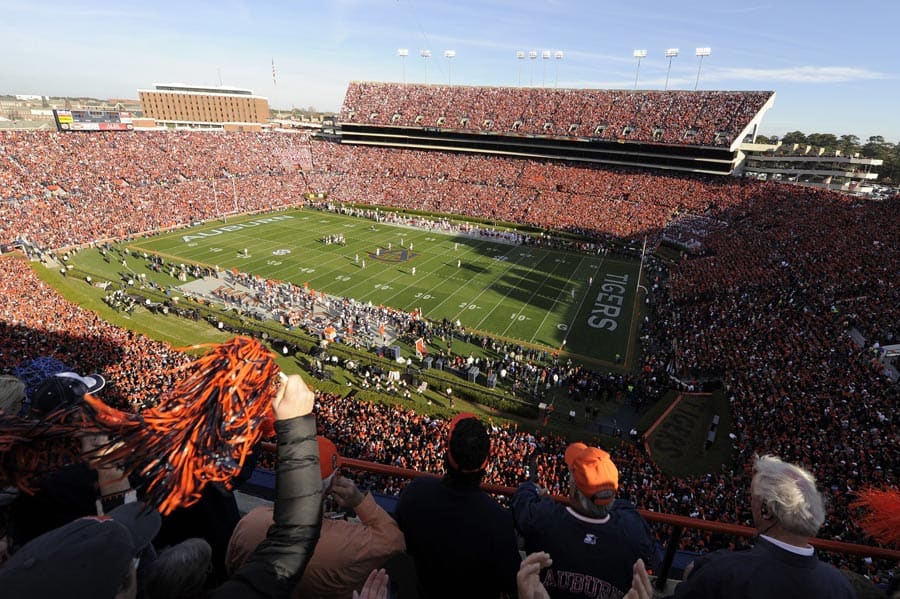 The Georgia Southern Eagles will play at the Auburn Tigers in 2017, the school announced Monday.

Georgia Southern will travel to take on Auburn at Jordan-Hare Stadium on Sept. 2, 2017. The game will the second meeting between the two schools following Auburn’s 32-17 victory back in 1991.

“Playing Auburn provides us a great opportunity to play on a national stage and gives our fans an opportunity to travel to a close non-conference game to watch us play,” Georgia Southern Athletic Director Tom Kleinlein said in a statement.

Georgia Southern also announced today that their 2017 game at LSU has been pushed back to the 2019 season. A specific date was not mentioned.

The Eagles have one other non-conference game scheduled for the 2017 season — a trip to UMass on Oct. 21.

Auburn now has three non-conference games scheduled for 2017. The Tigers are also slated to visit Clemson on Sept. 9 and host Mercer on Nov. 18.

Hope Chump coaches ’em up about the midline!!

*Waits for the ignorant comments about terrible scheduling

Do try too hard. People will take you seriously

Georgia Southern is aching for another SEC win… The Tigers better be ready.