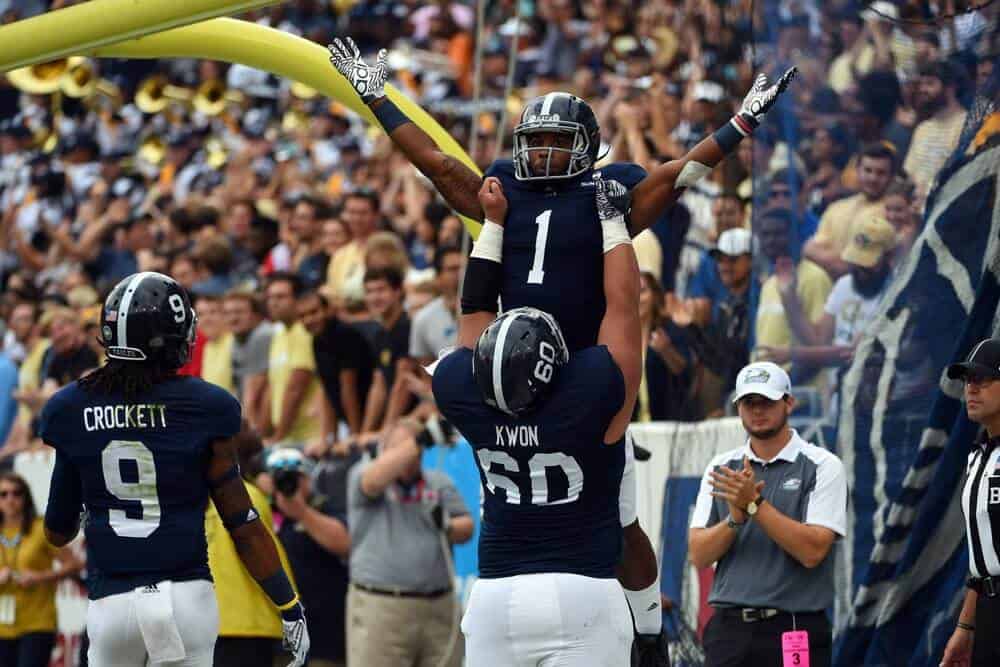 The Georgia Southern Eagles have added the Maine Black Bears to their 2019 football schedule, the school announced on Thursday.

Georgia Southern will host Maine at Paulson Stadium in Statesboro on Sept. 7, 2019. The two schools met three times in the Division I-AA playoffs, and the Eagles came away victorious in each contest.

Maine is a member of the Colonial Athletic Association (CAA) in the Football Championship Subdivision (FCS). Last season, the Black Bears finished 6-5 overall and 5-3 in conference play.

The addition of Maine completes Georgia Southern’s non-conference schedule in 2019. The Eagles are also scheduled to play at LSU on Aug. 31, at Minnesota on Sept. 14, and host New Mexico State on Oct. 19.

Georgia Southern’s 2017 Blue-White Spring Game is set for Saturday, April 1. The Eagles open the 2017 season at Auburn on Saturday, Sept. 2.

Might be a pretty decent game….Maine sometimes shows up with a decent FCS squad…

Maine has beaten FBS teams. Other than UMass, even.