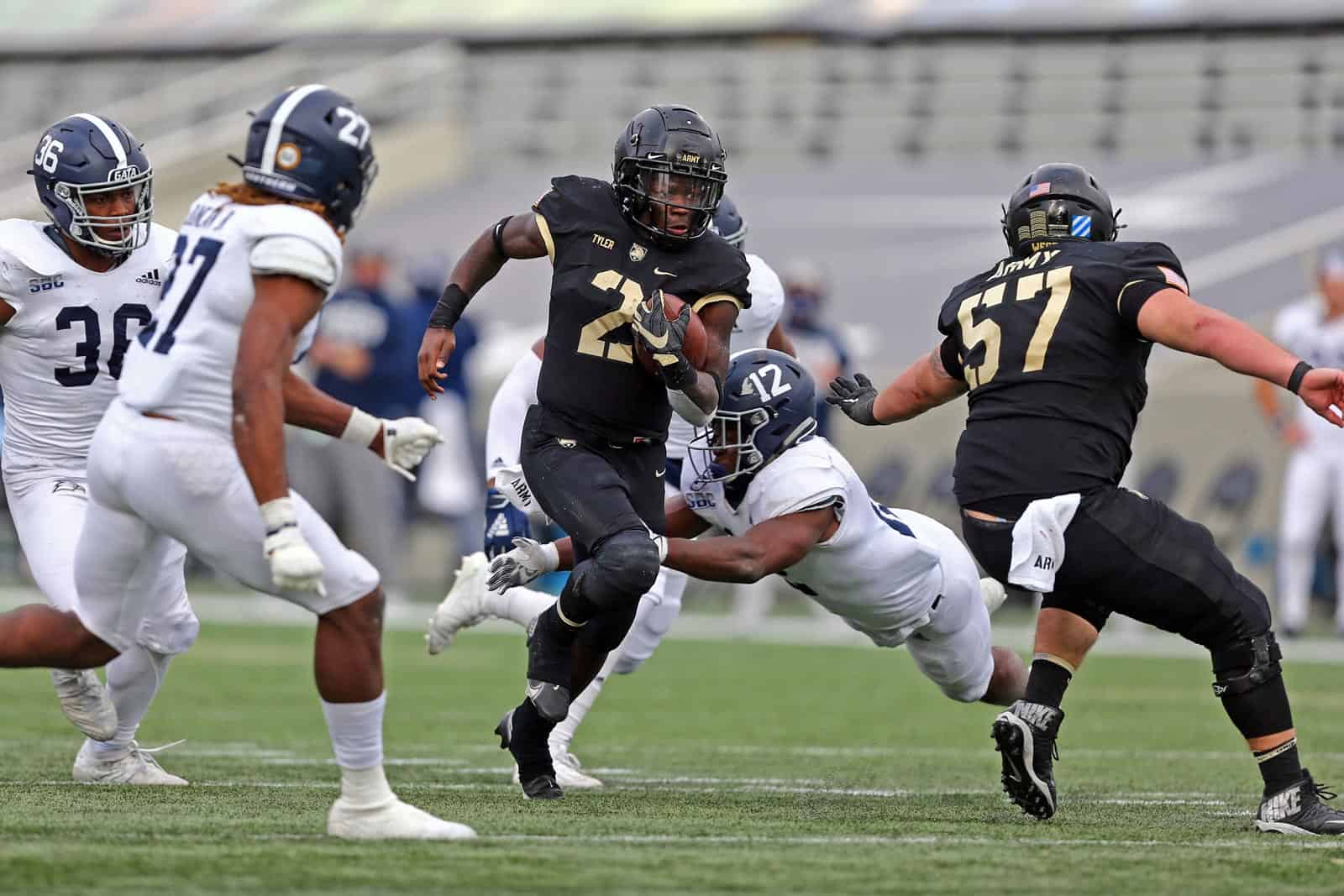 The Georgia Southern Eagles and the Army Black Knights have scheduled a home-and-home football series for 2030 and 2031, FBSchedules.com has learned.

A copy of the football game contract with the Army West Point Athletic Association was obtained from the Georgia Southern University athletics department.

In the first game of the series, Georgia Southern will host Army at Paulson Stadium in Statesboro, Ga., on Saturday, Oct. 5, 2030. The following season on Saturday, Nov. 8, 2031, the Eagles will travel to take on the Black Knights at Michie Stadium in West Point, N.Y., which will conclude the series.

Georgia Southern and Army met for the first time ever on the gridiron last season in West Point. The game, which was played on November 21, 2020, was announced a little over three months prior on August 11 due to the novel coronavirus 2019 (COVID-19) pandemic. The Black Knights defeated the Eagles in a close contest, winning 28-27.

Army is the second non-conference opponent scheduled for Georgia Southern in 2030 and the first for the 2031 season. The Eagles are scheduled to play at the Ole Miss Rebels on Sept. 7, 2030, which we reported last month.

The Black Knights, a Football Bowl Subdivision (FBS) Independent, now have four opponents scheduled for the 2030 season. Other opponents include Air Force and Troy at home and Navy in a city to be announced.

In 2031, Army is also scheduled to host Cincinnati and UTSA and travel to play Troy, Air Force, and Navy (city TBA).