Georgia Southern to play at Ole Miss in 2030 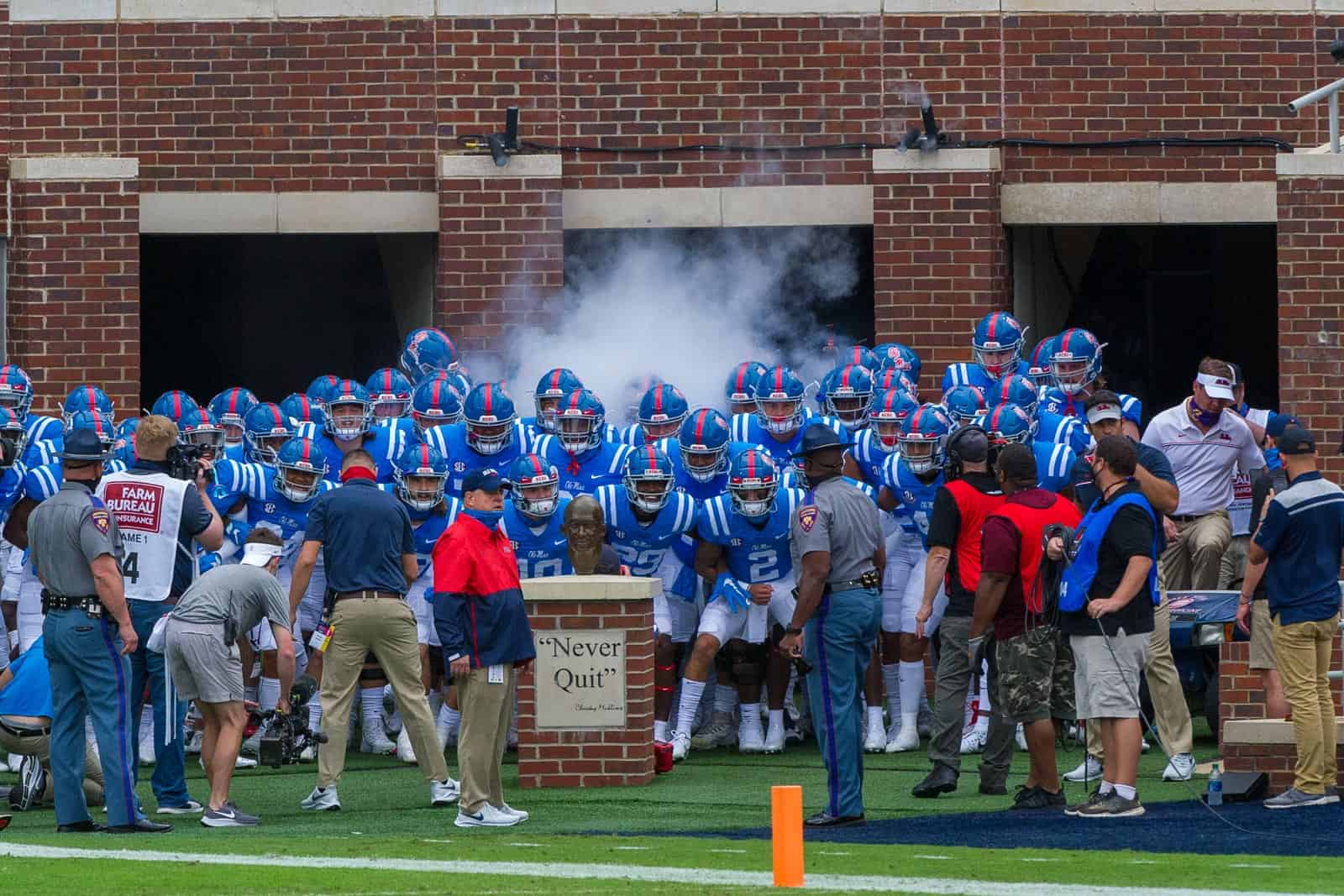 The Georgia Southern Eagles will play at the Ole Miss Rebels in 2030, FBSchedules.com has learned.

A copy of the football game contract with the University of Mississippi was obtained from the Georgia Southern University athletics department.

Georgia Southern will travel to take on Ole Miss at Vaught-Hemingway Stadium in Oxford, Miss., on Saturday, Sept. 7, 2030. The Eagles will receive a $1.8 million guarantee for the game, according to the copy of the contract.

Georgia Southern and Ole Miss were scheduled to play in Oxford on Sept. 12, 2020, but the game was canceled due to the novel coronavirus 2019 (COVID-19) pandemic. Per the terms of the contract for that game, both schools were “…released of any and all obligations” of the agreement.

The two schools also have a separate contract to play in Oxford on Saturday, Sept. 21, 2024, which was announced in November 2019. The Rebels will pay the Eagles $1.6 million for that contest.

Georgia Southern and Ole Miss have only met once on the gridiron. In that contest back in 2016, the Rebels defeated the Eagles 37-27 in Oxford.

Ole Miss now has two scheduled non-conference opponents for the 2030 season. The Rebels are scheduled to open the season at the Oregon State Beavers on Aug. 31, which is the final game of a home-and-home series that begins in Oxford in 2027.

The Rebels are the first scheduled non-conference opponent for Georgia Southern in 2030.