Georgia Southern to play at Ole Miss in 2024 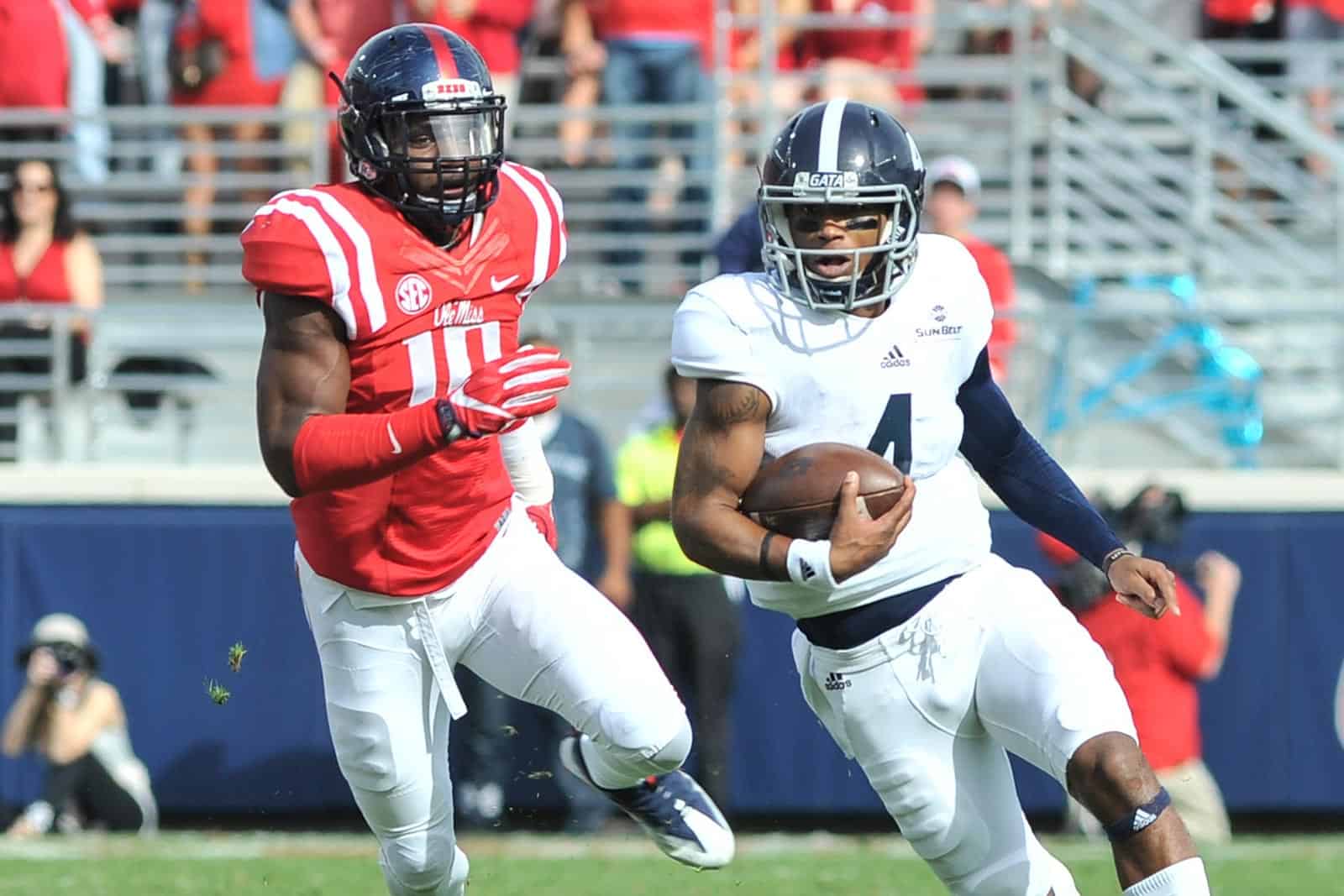 Georgia Southern will travel to take on Ole Miss at Vaught-Hemingway Stadium in Oxford, Miss., on September 21, 2024. The game will mark the third overall meeting between the two schools.

Georgia Southern and Ole Miss first met on the gridiron during the 2016 season. The Rebels defeated the Eagles 37-27 in that contest in Oxford.

The two schools are also scheduled to meet at Vaught-Hemingway Stadium on November 21, 2020, which we previously reported. Georgia Southern will receive a $1.4 million guarantee for that contest.

Ole Miss is the third announced non-conference opponent for Georgia Southern for the 2024 season. The Eagles are also scheduled to host the Boise State Broncos on Aug. 31 and travel to play the BYU Cougars on Oct. 12.

The addition of Georgia Southern tentatively completes Ole Miss’ non-conference football schedule for the 2024 season. Ole Miss is slated to open the season with back-to-back games at home against the Furman Paladins on Aug. 31 and the Middle Tennessee Blue Raiders on Sept. 7 before traveling to face the Wake Forest Demon Deacons on Sept. 14.

In SEC action in 2024, Ole Miss is scheduled to host Alabama, Auburn, Mississippi State, and Missouri and travel to Arkansas, LSU, Texas A&M, and Vanderbilt.