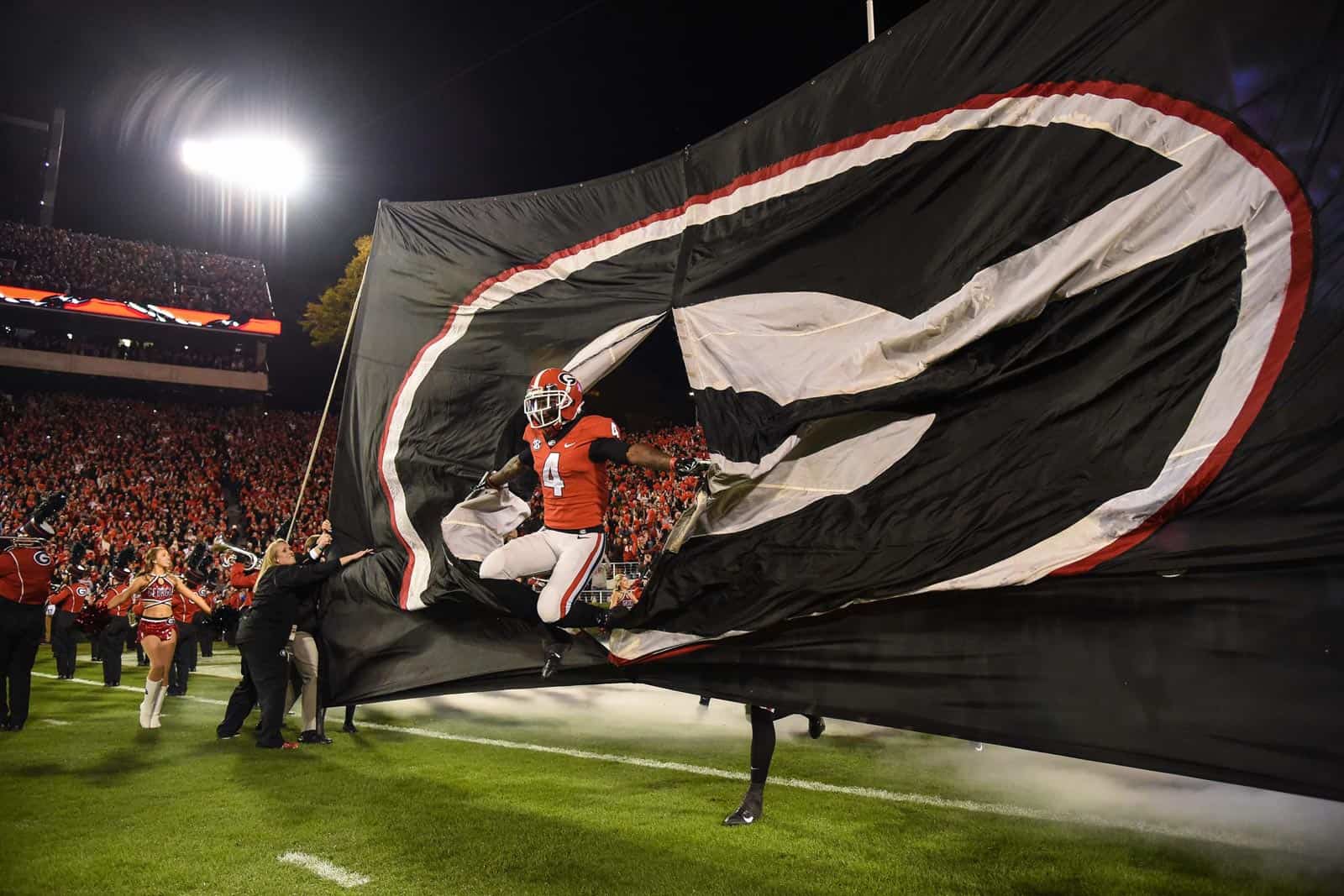 The Georgia Bulldogs have added home-and-home football series against the Texas Longhorns for 2028-29 and the Clemson Tigers for 2029-30, it was announced on Monday.

Georgia and Texas will kick off their series at Darrell K Royal – Texas Memorial Stadium in Austin on Sept. 2, 2028. The series will then conclude at Sanford Stadium in Athens on Sept. 1, 2029.

Georgia and Texas have only met four times on the gridiron, and two of those contests were bowl games. Texas defeated Georgia 41-28 in the 1949 Orange Bowl and then Georgia came out on top 10-9 in the 1984 Cotton Bowl, which was the last meeting between the two schools.

Georgia and Clemson will begin a home-and-home series at Memorial Stadium aka “Death Valley” in Clemson on Sept. 15, 2029. Georgia will host the second and final game of the series in Athens on Aug. 31, 2030.

The two schools previously announced a matchup in the 2024 Chick-fil-A Kickoff at Mercedes-Benz Stadium in Atlanta, Georgia. That game is set for Saturday, Aug. 31.

Georgia and Clemson have a long history on the gridiron, having first met in 1897 and playing 64 times overall. The two schools last met in a home-and-home series in 2013 and 2014. Clemson won the first game at home 38-35, and then the Bulldogs took the second game 45-21 to extend their overall lead in the series to 42-18-4.

“The series against Georgia continues the philosophy we have at Clemson to add another Power 5 opponent to our schedule outside of our annual rivalry game with South Carolina,” Clemson Director of Athletics Dan Radakovich said. “We have a long history with Georgia and I know our fans will be excited about this home-and-home series after playing the Bulldogs in Mercedes-Benz Stadium in 2024.”

The addition of these two series means that Georgia will play three non-conference opponents from the Power Five in 2029 since the Bulldogs play Georgia Tech on an annual basis.

Clemson’s release also indicates the addition of a home non-conference game against the South Carolina State Bulldogs for the 2021 season.

This is just amazingly brave and confident by the Georgia AD to schedule 3 Power 5 Teams in 2029! Today one game is all Alabama will do, All Ohio State will do. Georgia Tech is always on the schedule and although down now, is usually a tough opponent, however Texas and Clemson are a both Top 10 Brand schools, a category that Georgia only recently achieved in my book (top 20 for a long time) Clemson also plays South Carolina and plays Notre Dame the year before and after Georgia giving them a long string of top Out of Conference Opponents. Texas while only playing one Out of Conference opponent along with the 9 team conference opponent, are playing strong ones, with Ohio State and Michigan taking turns being on the schedule before Georgia’s two year turn. Compliments to all the AD’s that make scheduling tough a reality. I hope this is the start of a trend.

Have you looked at Ohio State’s future schedules? They have both Texas and Washington in 2025 and Texas and Boston College in 2026 on top of 9 conference games. Ohio State does not scare away from playing multiple P5 schools unlike Alabama. This year Ohio State played two P5 schools out of conference also. It wasn’t Ohio State’s fault that TCU ended up having a down year and Oregon State isn’t a great P5 school but they are on par with the likes of P5 schools the almighty SEC usually plays as their lone big nonconference game each year.

How are Clemson, ND, USC, Wisconsin & Washington schools ON PAR with Oregon st? These are teams that the SEC has scheduled so please don’t bash the SEC with nonsense. Congrats to The Ohio State for having such a strong schedule in the future but scheduling the Beavers was basically scheduling a win & getting creamed by Iowa last year & Purdon’t this year makes up for the inconsistency that Urban Meyer brings to the table.

When was the last time the SEC played a true home-home series against a Northern team? You have to go back to 2010-11 when Alabama actually played Penn State. And when was the last time Alabama DID NOT schedule a fcs school the week before their biggest rival? And it’s not just Alabama scheduling this way, but practically the entire SEC. And when is the SEC going to join the Big 10, Big 12, and Pac12 with nine conference games? Until the SEC stops scheduling this way, the rest of the country will always bring it into question. In regards to scheduling a win by scheduling Oregon State, it’s different then Alabama scheduling a win by playing Citadel the week before Auburn, the difference is, Oregon State is still an FBS school and a couple years ago they were winning 7-9 games a year. At the time of scheduling it wasn’t a guaranteed win

Your argument about Oregon St has landed on def ears, it was not a couple of years ago they were winning 7-9 games, they did win 9 games in 2012 but the other years they were 1-11, 4-8, 2-10, 5-7, 7-6 & 3-9. So yes, it was a put on the schedule as an easy win but since the Beavers were from the PAC-12 it made it ok.
You can question all you want about how the SEC schedules & whom they schedule but it will not change anything, glad to see Georgia is putting together this tough schedule, if you did not notice, Georgia went to South BEND last year & LSU went up to GREEN BAY two years ago & why are you blaming the SEC about not scheduling an home n home with northern teams? Michigan bought out the agreement with Arkansas to play ND, you are blaming Michigan for this? No, of course not, just blame SEC for everything. As for a 9-game schedule, overrated! I don’t care if they play 9 or 8, it is what is & some of these FCS teams & G5 teams play harder & better then a Rutgers, Kansas, Cal or Wake Forest combined. Alabama has been dominating college football for the last 10 years, there is no getting around that & OHHHH by the way, Magic Nick was the only head coach in the SEC that said the SEC should go to 9 games, Bama schedules 3 non-conference games a year, no doubt about that & it does not matter when they schedule them. The Ohio State kicks off the year with Florida Atlantic(2019), is that a guaranteed win? Of course but you will forget about that game since it will be at the beginning of the season & not at the end where everyone can point it out. The rest of the country can also complain about Bama vs Georgia playing in the championship game as well but it just shows that the SEC is still the best conference.

Has it been confirmed the Geo-GT series will be continued in these years?

This series is ongoing and has been played annually since 1925. It will be played well into the future.

One hopes that GT won’t ever drop Georgia. The end of the GT-Auburn series that went back a century was bad enough to lose on the altar of GT joining the ACC. Auburn’s biggest two games historically were versus Georgia (Burn The Bulldogs!) and Georgia Tech (Wreck Tech!–the crazy history of API students from Auburn greasing the railroad tracks in town causing the train from Atlanta to overshoot the rail station by a mile, forcing the team to walk a mile back to town!).
.
Yeah, there’s the Iron Bowl thing but that only goes back to 1948 or so. ;)