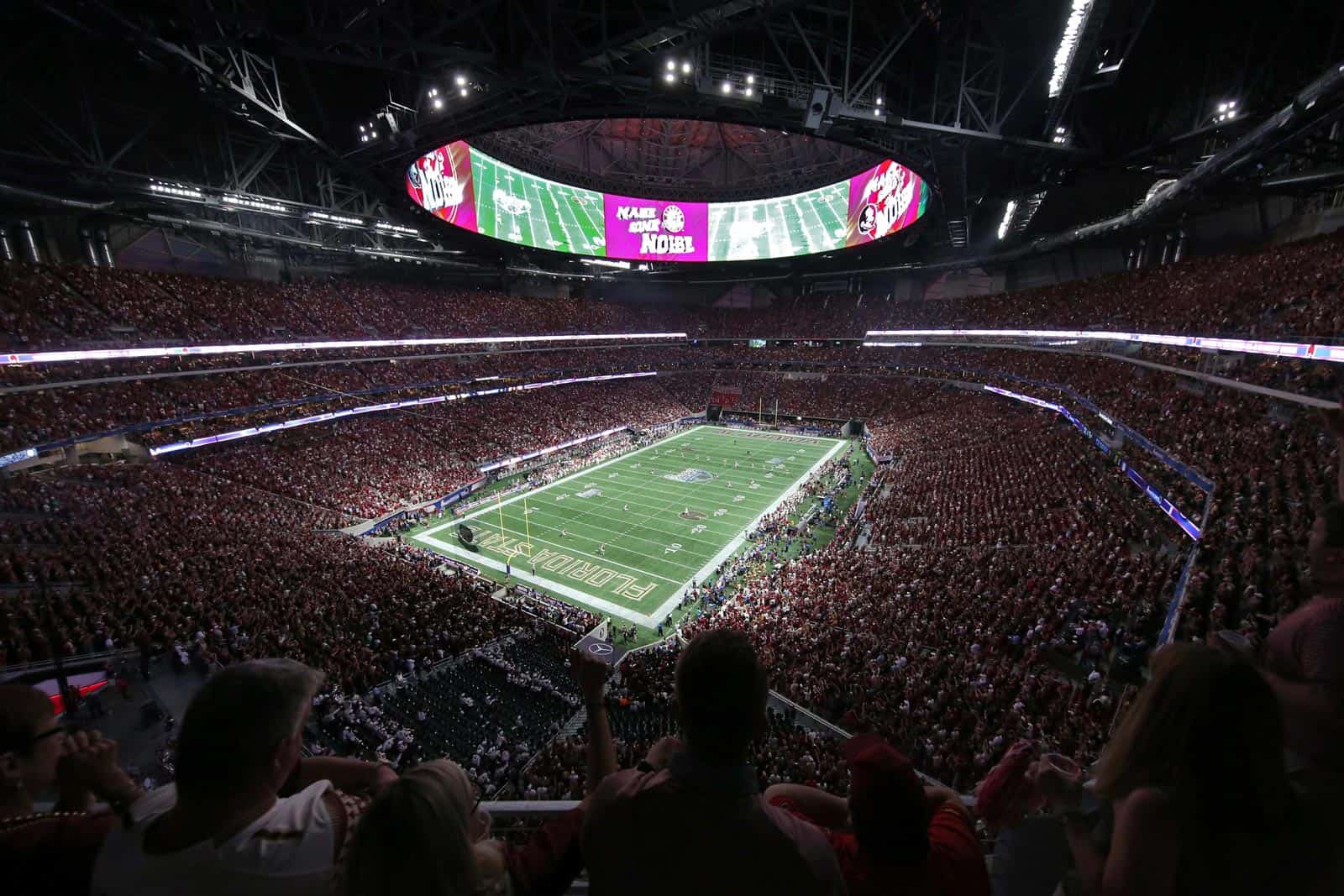 The Georgia Bulldogs will face the Clemson Tigers in the 2024 Chick-fil-A Kickoff Game, the Peach Bowl, Inc. officially announced on Tuesday.

“We’re thrilled to be able to renew a storied rivalry between two historic programs that are within such a close proximity to Atlanta,” said Bob Somers, Peach Bowl, Inc. chairman. “Both Georgia and Clemson are two of the most well-represented fan bases in our city, so we’re expecting an electric atmosphere for this one.”

The game is set for Saturday, Aug. 31, 2024 at Mercedes-Benz Stadium in Atlanta, Georgia.

Georgia and Clemson have met 64 times on the gridiron dating back to 1897. In their last meeting in 2014, the Bulldogs defeated the Tigers 45-21.

“Many of the players on both teams know each other and the proximity of the two schools makes it especially competitive,” said UGA head football coach Kirby Smart. “This is another great opportunity for our team and our fans to play an outstanding team in an extraordinary city and venue. We are appreciative of the Chick-fil-A Kickoff Game staff for their hard work in putting the game together.”

“I’ve said many times that I think the Clemson-Georgia rivalry is one of the best rivalries in college football,” Clemson Head Coach Dabo Swinney said. “It’s one I watched way before I even came to Clemson. I think it’s great for both fan bases. It will be one of those games that everybody will enjoy. Obviously it’s a tough opener for both teams, but it’s fun to be a part of games like that.”

Georgia now has two non-conference games scheduled for the 2024 season. The Bulldogs are scheduled to host in-state rival Georgia Tech on Nov. 30.

The addition of Georgia completes Clemson’s non-conference schedule in 2024. The Tigers are also slated to host Appalachian State (Sept. 7), The Citadel (Nov. 23), and South Carolina (Nov. 30).

Those 2020 games leave much to be desired. Georgia and Clemson should be a home and home, At least these schools schedule 2 P5 OOC games each year or nearly every year.