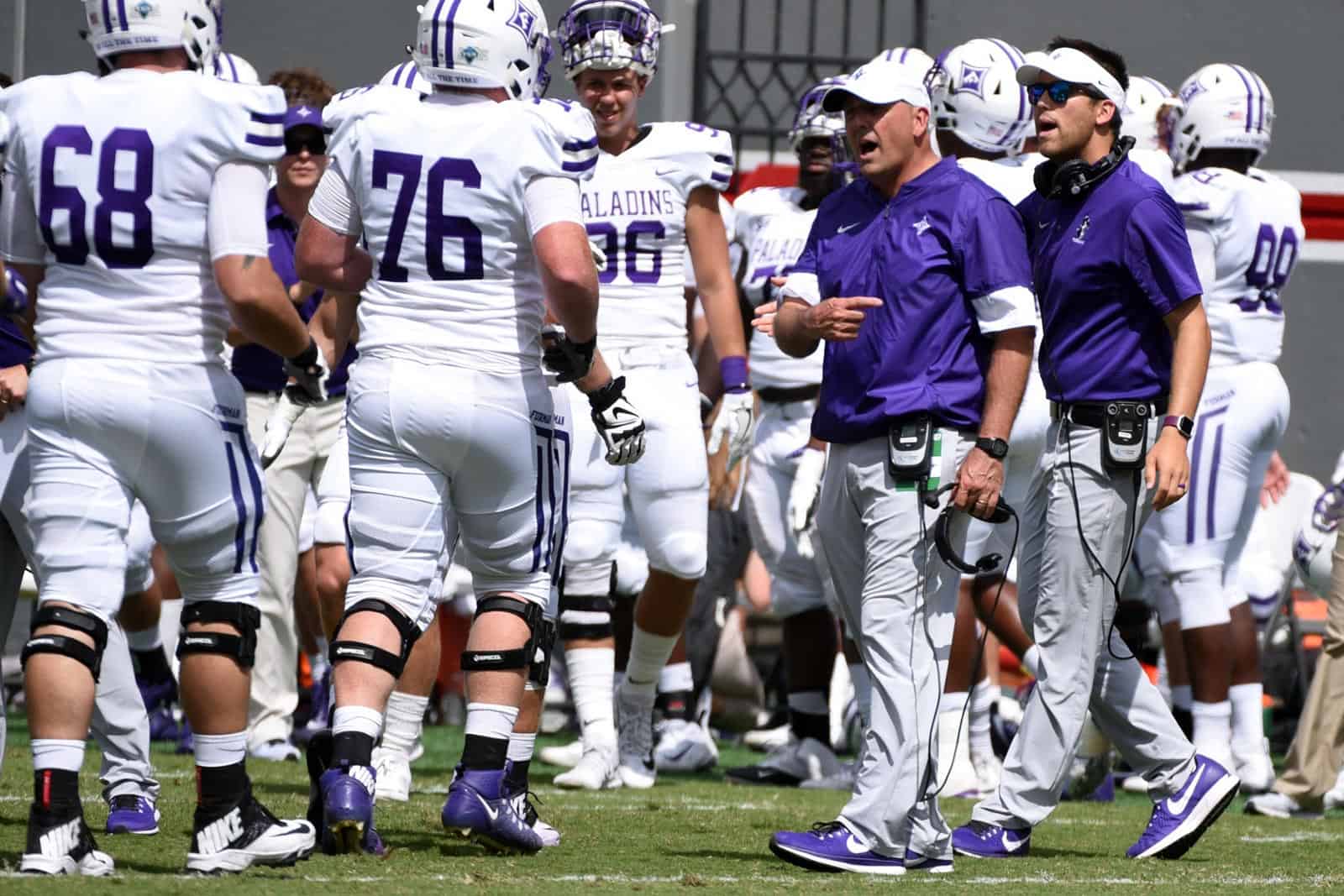 The Furman Paladins have released their 2019 football schedule, which features games at Georgia State and Virginia Tech.

Furman will open the 2019 season with a non-conference game against the Charleston Southern Buccaneers on Saturday, Aug. 31. The contest, which was previously unannounced, will be played at Paladin Stadium on the campus of Furman in Greenville, South Carolina.

The Paladins then head out for back-to-back non-conference road games, first at the Georgia State Panthers on Sept. 7. Furman then travels to take on the Virginia Tech Hokies on Sept. 14.

Next, Furman kicks off a slate of eight consecutive Southern Conference (SoCon) contests, beginning with home tilts against the Mercer Bears on Sept. 21 and the ETSU Buccaneers on Sept. 28.

The Paladins then travel to take on the Samford Bulldogs on Oct. 5 before their only off week of the season on Oct. 12.

The Citadel Bulldogs visit Greenville on Oct. 19. That is followed by two road contests for Furman, at the Western Carolina Catamounts on Oct. 26 and at the Chattanooga Mocs on Nov. 2.

Two of Furman’s final three games in 2019 are at home at Paladin Stadium. The VMI Keydets come to town on Nov. 9 before Furman travels to face the Wofford Terriers on Nov. 16.

Furman closes out their 2019 slate on Nov. 23 with a home contest against the Point University Skyhawks, a previously unannounced matchup.

The Paladins finished the 2018 season 6-4 overall and 6-2 in SoCon action. That was good enough to claim a share of the SoCon championship, which was their league-leading 14th title.