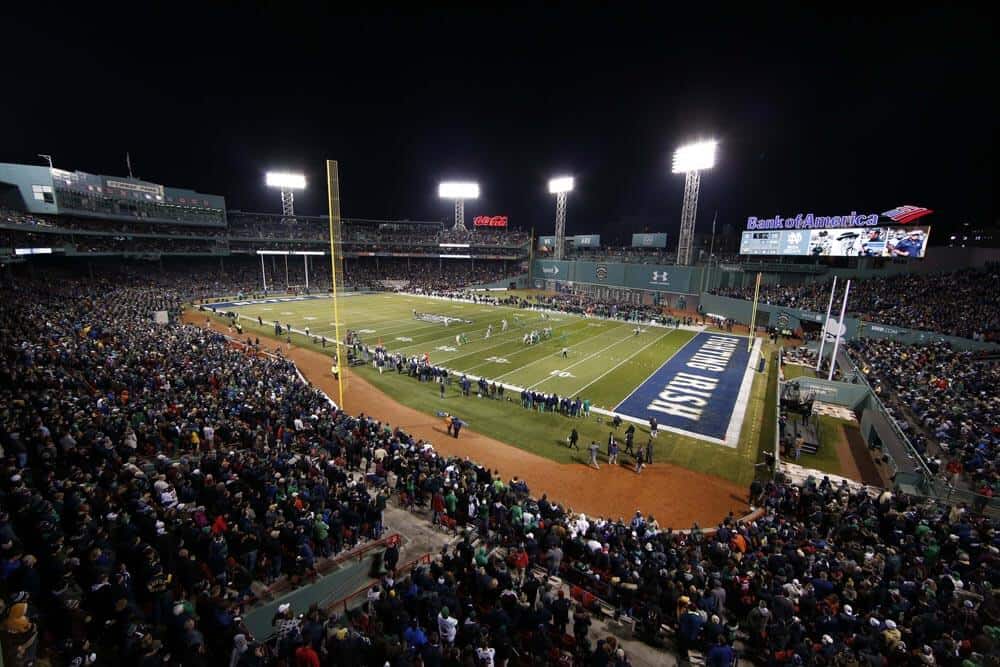 The action kicks off on Friday, Nov. 10 with an Ivy League matchup. The Brown University Bears will host the Dartmouth College Big Green in the shadows of the iconic “Green Monster.”

Brown and Dartmouth have met 93 times on the gridiron dating back to 1894. The Big Green lead the overall series 58-31-4 but lost last seasons contest 24-21.

One day later on Saturday, Nov. 11, the UMass Minutemen will host the Maine Black Bears. The Minutemen have dropped two straight to the Black Bears but still lead the series 41-17-1.

The third and final matchup at Fenway Park in 2017 pits the ACC vs. the AAC on Saturday, Nov. 18. The UConn Huskies are giving up their home game in East Hartford and will play host to the Boston College Eagles.

Boston College and UConn first met in 1908 and played most recently in 2016 in Chestnut Hill. The Eagles won that game 30-0 to extend their lead in the overall series to 11-0-2.

The ACC’s profile in football has been raised by Clemson’s national title.

UConn and Cincinnati should definitely join the conference now.

That would imply that the ACC was not good enough for UConn and Cincy to join previously… which is most certainly not the case. ACC can wait out the eventual Big XII implosion and see if there’s anything better to grab from the clearance sale.