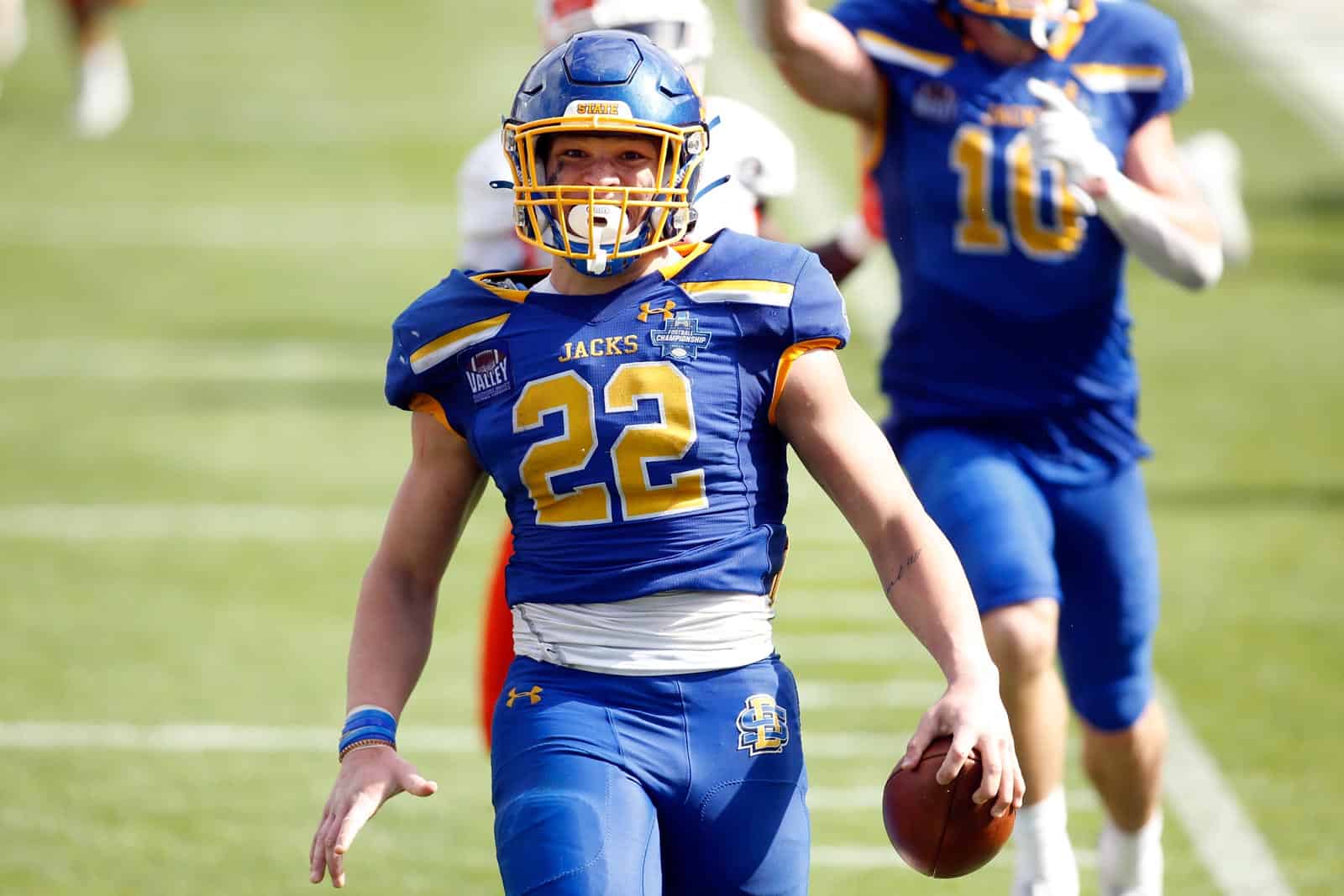 The 2021 FCS Playoffs continue this weekend with two semifinal games on the schedule. One contest is slated for Friday with the second on Saturday.

Semifinal round action kicks off on Friday, December 17 at 9:15pm ET with the second-seed North Dakota State Bison hosting the third-seed James Madison Dukes at the Fargodome in Fargo, N.D. The game will be televised nationally by ESPN2.

The North Dakota State-James Madison game will mark the fifth overall meeting between the two schools on the gridiron (NDSU leads 3-1). The two schools last met in the 2019 Division I Football Championship, which the Bison won 28-20.

North Dakota State comes into the game 12-1 overall and 7-1 in Missouri Valley Conference action. The Bison dispatched the Southern Illinois Salukis in the second round of the FCS Playoffs, 38-7, and then defeated the ETSU Buccaneers in the quarterfinals, 27-3.

James Madison comes in with an identical 12-1 overall record and 7-1 record in Colonial Athletic Association play. The Dukes defeated the Southeastern Louisiana Lions in the second round, 59-20, and the Montana Grizzlies in the quarterfinals, 28-6.

The second semifinal round game is set for Saturday, Dec. 18 and features the eighth-seed Montana State Bobcats hosting the South Dakota State Jackrabbits at Bobcat Stadium in Bozeman, Mont. The game is scheduled for 2:00pm ET and it will be televised by ESPN2.

Montana State and South Dakota State have met 14 times on the gridiron. The Jackrabbits defeated the Bobcats in their two most recent contests, 31-27 in 2017 and 45-14 in 2018, but the Bobcats still lead the overall series 10-4.

Montana State is 11-2 this season and 7-1 in Big Sky Conference action. The Bobcats defeated the UT Martin Skyhawks in the second round, 26-7, and the Sam Houston Bearkats in the quarterfinals, 42-19.

South Dakota State heads into the game with an 11-3 record (5-3 Missouri Valley). The Jackrabbits defeated the UC Davis Aggies in the first round, 56-24, the Sacramento State Hornets in the second round, 24-19, and the Villanova Wildcats in the quarterfinals, 35-21.

Winners of the semifinal games will play in the Division I Football Championship Game on Saturday, January 8, 2022 at Toyota Stadium in Frisco, Texas. The game will be televised by ESPN2 at 12:00pm ET/11:00am CT.

Interception in the Endzone @ the end of the Game to Stop the Dukes from playing in the National Championship.

I was hoping the Bison wouldn’t be in the Championship Game Agaain. Unlike the Collusive Five Privilege Administration, LLC Invitational; the Bison Earned this Berth.
Unfortunately 1-AA is following the Lead of the 1-A Level Teams & there are only the same few Teams making it to the Championship each Year.