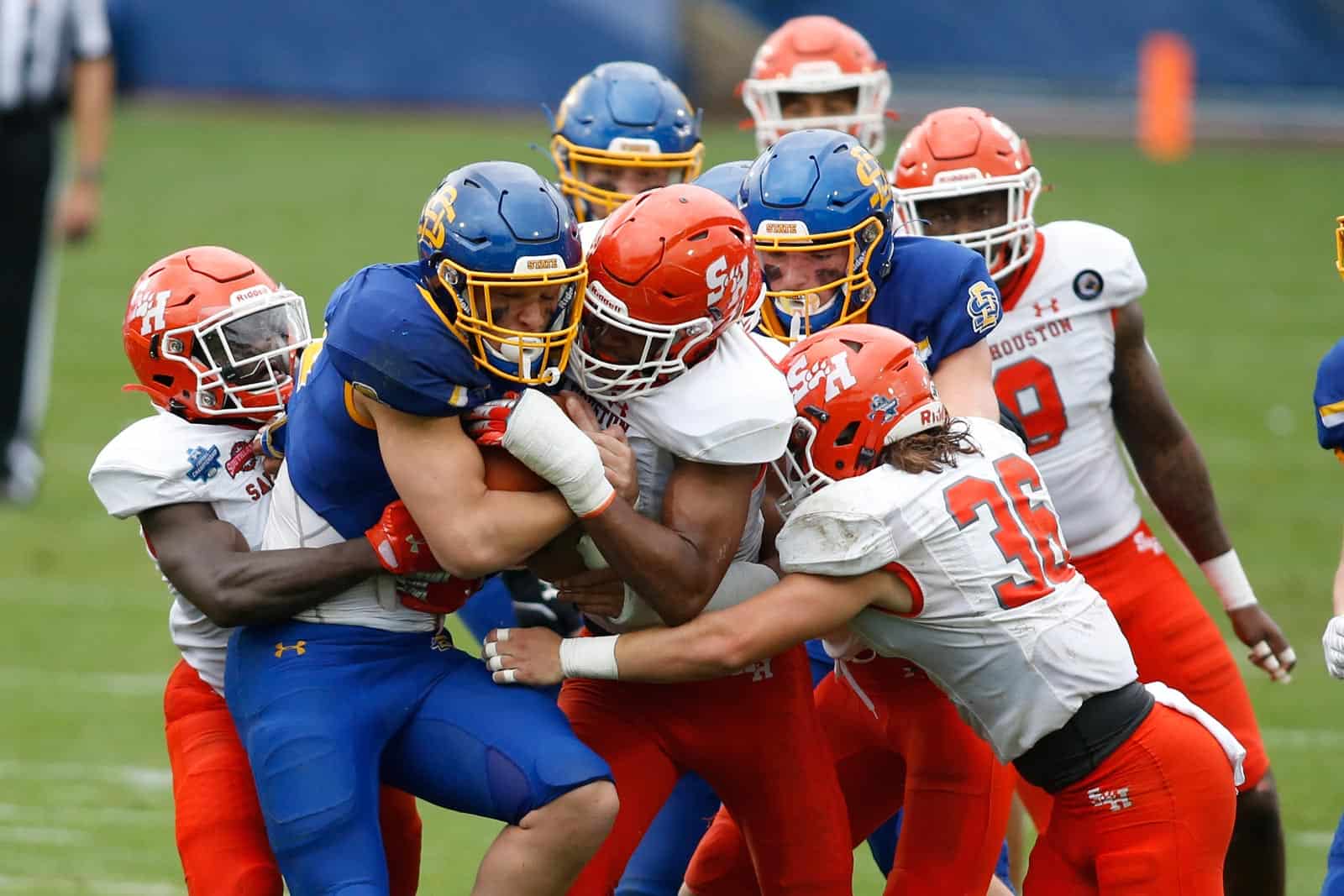 The 2021 FCS Playoffs continue this weekend with eight second-round games on the schedule. The top eight seeds each host the winners from the eight first-round matchups.

All eight second-round games of the FCS Playoffs will be available to stream via ESPN+. The service is available on a per-month subscription basis and through The Disney Bundle, which also include Hulu and Disney+.

The action on Saturday kicks off at 2:00pm ET with two games. The seventh-seed ETSU Buccaneers play host to the Kennesaw State Owls, while the Southeastern Louisiana Lions travel to face the third-seed James Madison Dukes.

At 3:00pm, the top-seed Sam Houston Bearkats host the UIW Cardinals. That contest is followed by the Southern Illinois Salukis traveling to face the second-seed North Dakota State Bison at 3:30pm ET and the eighth-seed Montana State Bobcats hosting the UT Martin Skyhawks at 4:00pm ET.

The Division I Football Championship Game is scheduled for Saturday, Jan. 8, 2022 at Toyota Stadium in Frisco, Texas, and it will be televised by ESPN2 at noon ET.

This will be an even more intense weekend than last.

Conference Foes playing each other for all the marbles, MVFC VS MVFC, BigSky VS BigSky. Former Conference Foes’ U of Incarnate Word @ Sam Houston St U.

As a Westerner; I’m most interested in the Midwestern, SW & Mountain western Playoff Titans. All the rest will be Interconference, Region VS Region Games except 1.

NEC Champ Holy Cross U VS CAA runnerup Villanova U. could be as intense as last week’s Sacred Heart U VS Holy Cross U Catholic school VS Catholic School Contest.

Holy Cross is representing the Patriot League, not the NorthEast Conference. Their rep was Sacred Heart whom Holy Cross beat last weekend.

I do mix up some of the 1-AA Conferences. My Apologies to HCU Fans. It’s too bad these 1st Rate University FB Programs are relegated socially economically to 2nd Class State behind 1-A C ollusive F ive P rivilege Administration LLC Trust’s Feudal Playoff System.

The coming Weekend’s Quarterfinal Games in the championship Playoff Round could be even better than last Week’s.