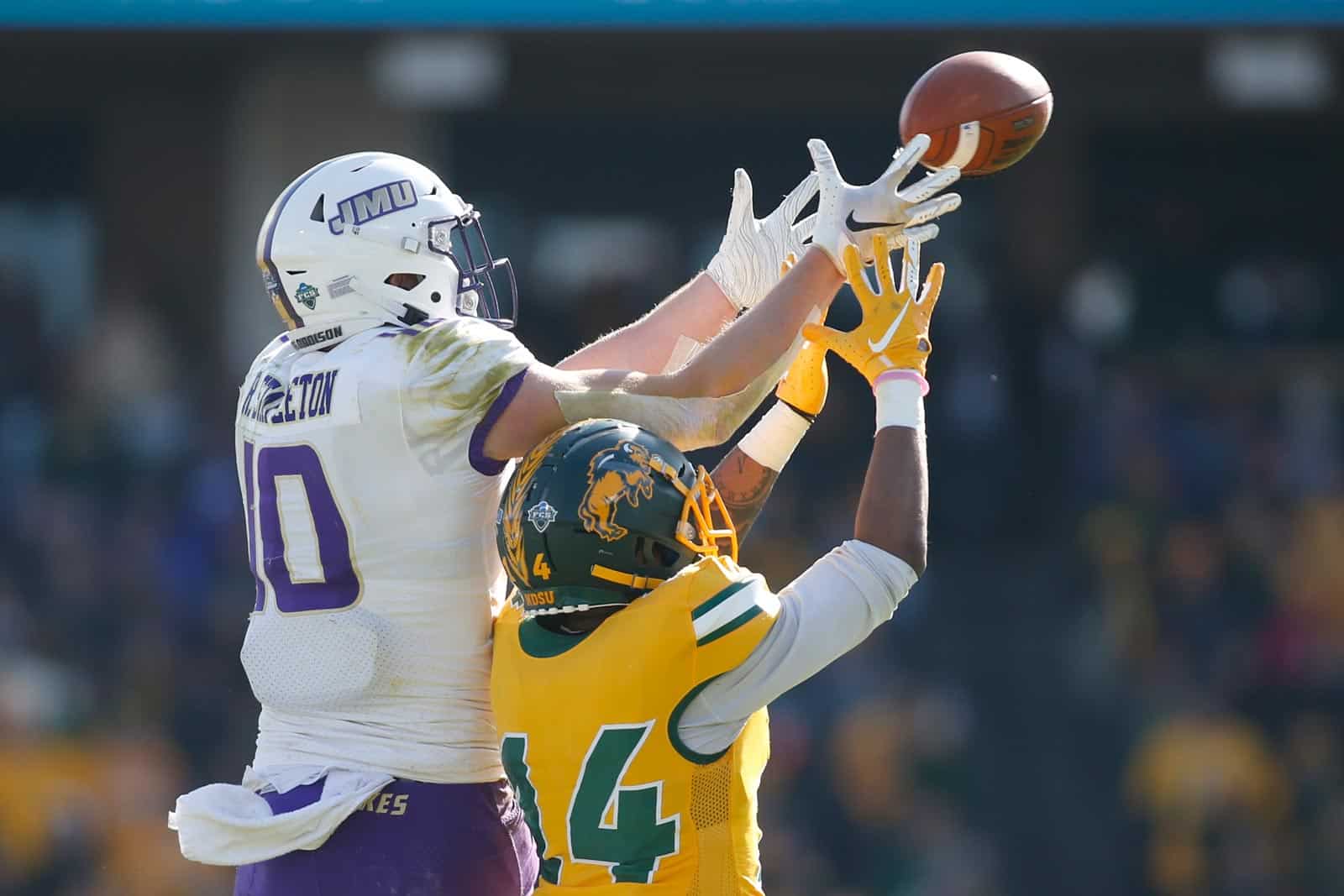 The 2021 FCS Playoffs continue this weekend with four quarterfinal games on the schedule. One of the four contests is slated for Friday.

Quarterfinal round action kicks off on Friday, December 10 with the third-seed James Madison Dukes hosting the sixth-seed Montana Grizzlies. The game will be the third meeting between the two schools on the gridiron and it will be televised nationally by ESPN2 at 7:00pm ET.

Three FCS Quarterfinal round games are scheduled for Saturday, Dec. 11. The action begins with the second-seed North Dakota State Bison hosting the seventh-seed ETSU Buccaneers. The game, set for noon ET on ESPN, will mark the first-ever meeting between the two schools.

Two hours later at 2:00pm ET, the South Dakota State Jackrabbits play at the fifth-seed Villanova Wildcats and the game will be streamed live via ESPN+. The first and only contest between the two schools was played in the second round of the 2016 FCS Playoffs.

Quarterfinal round action concludes Saturday evening with the top-seed Sam Houston Bearkats playing host to the eighth-seed Montana State Bobcats at 8:30pm ET with streaming via ESPN+. The game will mark the seventh meeting between the two schools and first since 2012.

Winners of the quarterfinal games will move on to the FCS Semifinals next weekend, with those two games scheduled for either Friday, Dec. 17 or Saturday, Dec. 18.

The 2021 Division I Football Championship Game is scheduled for Saturday, Jan. 8, 2022 at Toyota Stadium in Frisco, Texas, and it will be televised by ESPN2 at noon ET.