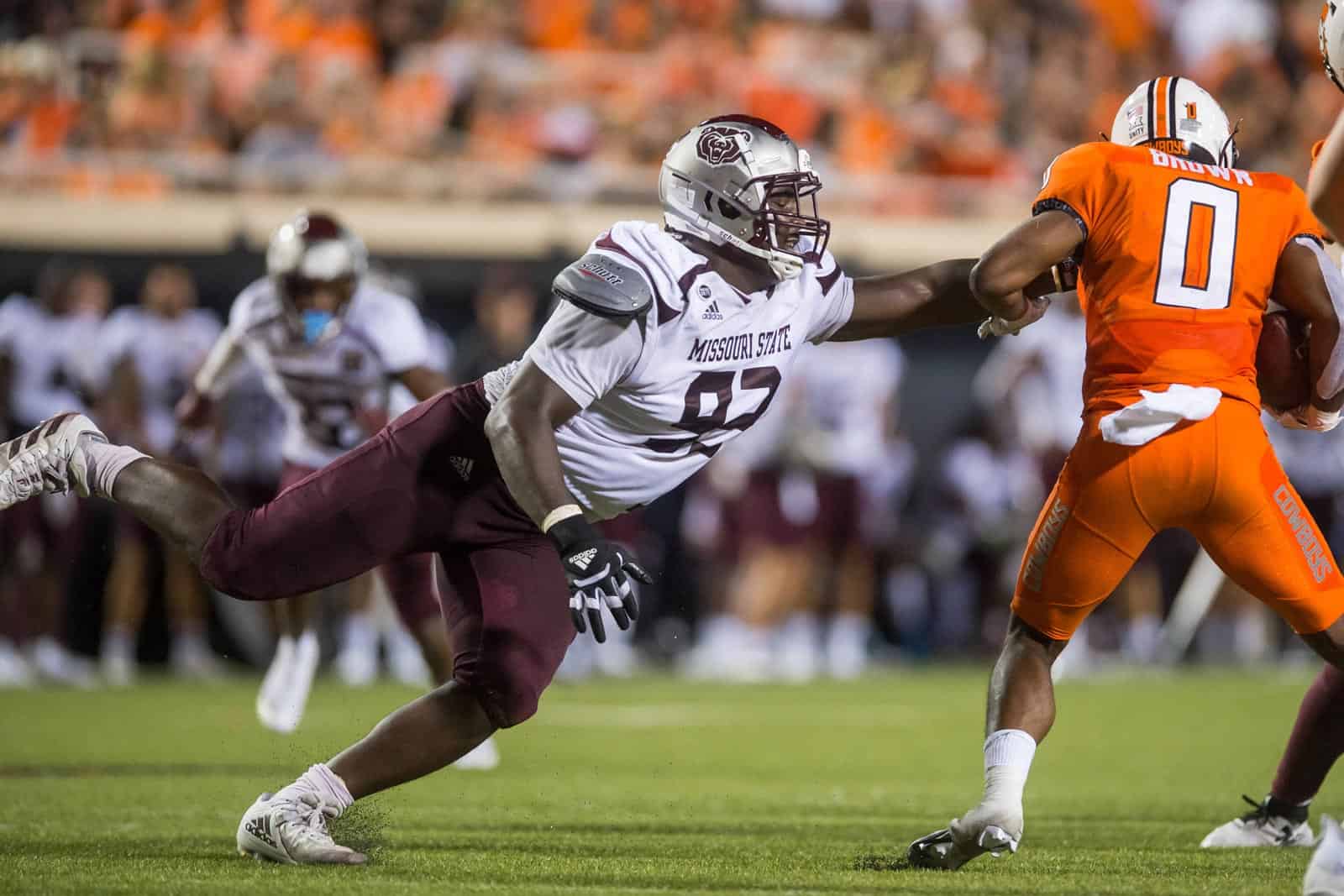 The 2021 FCS Playoffs are set to kickoff on Saturday with eight first-round games. The action begins at noon Eastern with the Holy Cross Crusaders hosting the Sacred Heart Pioneers.

The first-round of the 2021 FCS Playoffs concludes with one contest, which features Florida A&M travelling to take on Southeastern Louisiana.

Below is the complete schedule for the first two rounds of the 2021 FCS Playoffs:

A Merited Football Association Playoff where Your Conference can invest top 1AA Dollar in Football Programs & achieve 4+ Teams in the lineup as Big Sky & CAA “Power” Conferences have, but not holding the Neck of the Bag into the Postseason like that Association above them.

All the conference Champs achieve a Play in or 1st Round Opportunity with 2 Conference runnerups achieving “wildcard” Spots.

The rising Tide of Including all Conferences who want a playoff yet Seeding the best qualified 8 Seeds raises the rewards for all 1AA Programs.
An incoming Tide raises All Boats.

You do realize there is no such thing as I-AA, right?

Wow, I didn’t think any Fans actually read Comments. I usually post a Comment to react to the Article Writer.
Anyway…

From the early 20th Century on… College Football has been & is referred to as Division 1A Football.
Somewhere in that Time, a little later than the 1A Designation, Universities & Colleges in coordination with the NCAA, divided the Football playing Schools into 1A & 1AA because of the Huge Divide between the Power Legacy Schools & everybody else. The Ivy League, which had been Division 1A dropped to 1AA Status. That’s One well researched & Prominent Example. There are many other Programs who discontinued their 1A Status & dropped Football. Others went to 1AA Status, or Division 3 Status. The 6 Power Conference Trust Members were instrumental in changing the Name of 1A Football to “Football Bowl Subdivision” & 1AA to “Football Championship Subdivision” from the Early 1990s Bowl Coalition onward.
85 Scholarship Football has always been 1A & 65 Scholarship Football always been 1AA, predating the 6 Autonomous Conferences Control of their non-NCAA “1 VS 2 National Championship Match (B owl C hampionship S ubdivision)” & current C ollege F ootball P layoff, Administration, LLC’s (4 Team C ollusive F ive P rivilege Trust Playoff).

College divisions did not begin until 1968. That year the NCAA asked school to decide whether they considered themselves members of the large school (termed – University) division or small school (termed – College) division. About five years after that the NCAA officially created three divisions (based upon size of athletic departments and other considerations) labeling each division by number; I, II and III. It was not until 1978, when the NCAA mandated a further divided within the Division I schools (by stadium size, net athletic revenue and scholarship numbers) that the terms Division I-A and Division I-AA created.

Incidentally, this mandate almost broke apart the IVy Group, as Princeton, Yale, Harvard and Pennsylvania seriously mulled staying in Division 1-A and letting the other four schools, who did not did not qualify, drop to Division 1-AA and thereby end the 25-year-old conference. In the end this notion was abandoned and all eight IVy Group schools, in unison moved to Division 1-AA status.

(Much larger and louder consternation arose ~1981 when the Vegas oddsmakers decided to stop posting their games on the Big Board, but that’s another story.)

But you do you, even if that means embracing being wrong!

I was referring to the creation of the terms ‘Division 1-A’ and hence, ‘Division 1-AA’ which Herr Todd Knaupp incorrectly said were, “From the early 20th Century on… ” and that “College Football has been & is referred to as Division 1A Football,” not the subsequent replacement of them by the terms ‘Football Bowl Subdivision’ and ‘Football Playoff Subdivision.’

Dan-ke Spencer Coldburn for being my Factchecker! I didn’t research the History of Division 1 Football, but knew the Terms Division 1-A & 1-AA preceded all the Fake Matchups of 1 VS 2 National Champions from the late 1980s through 2013. The 2014 to 2021 Power 5 Invitational Top 4 Exclusive maintains the appearance of a 1-A Playoff. Now I have my College & University Football History Facts straight.

Dan-ke for the Humor about the LV Oddsmakers.

Too bad The Ivy League didn’t divide into 2 Divisions. Since it was gonna be successful with FB as a sidegig in either Division it could have pioneered a successful way for Unis to be in the same Athletic Conference & play different levels of the same Sports.

Sacred Heart U @ Holy Cross U in the below freezing Temperatures of New England was a College FB Fan’s Dream Game. The same with Stephen F Austin U @ U of Incarnate Word’s OT War.