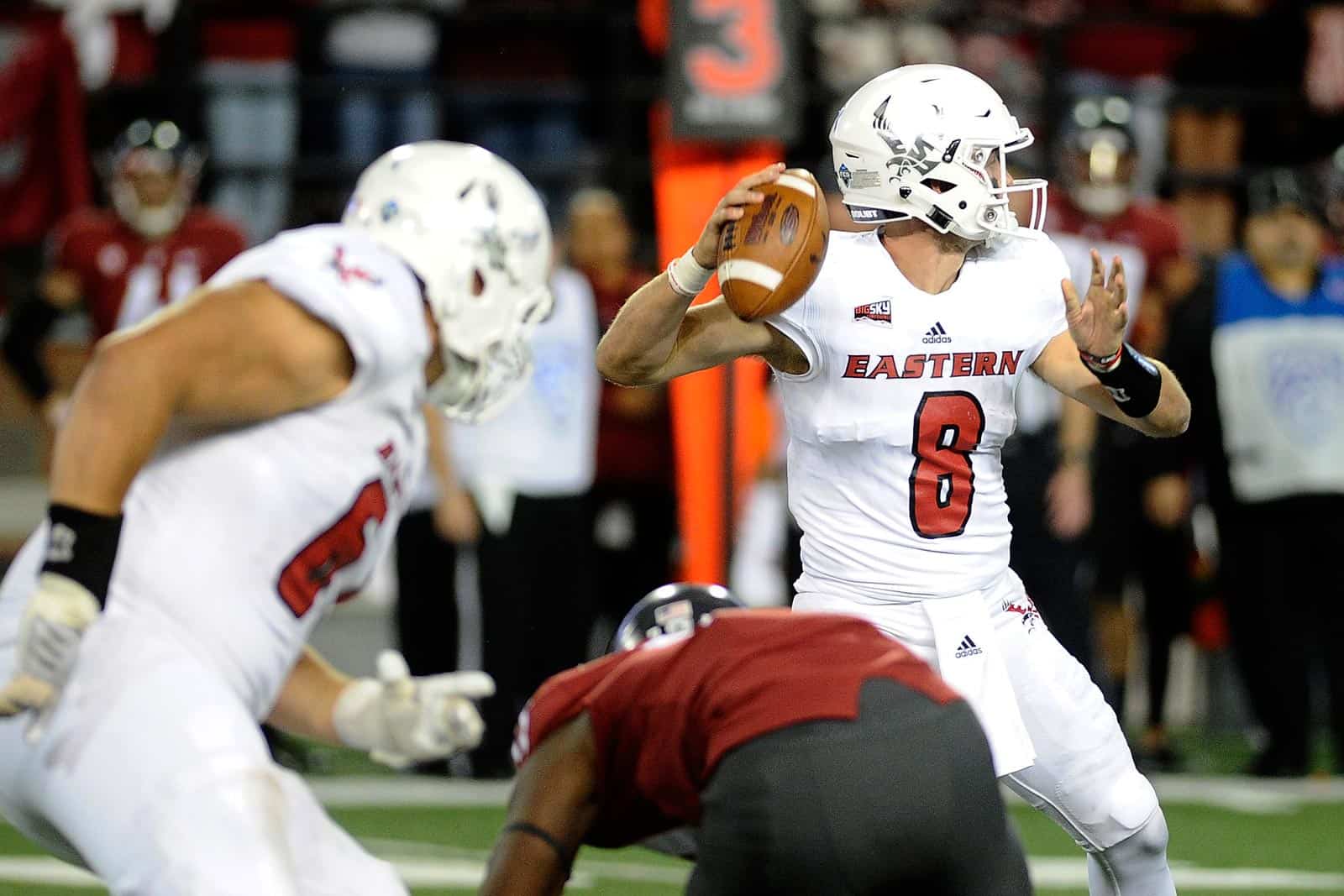 The 2018 FCS Playoffs continue this weekend with two semifinal round games on the schedule.

Second-round FCS Playoff action begins on Friday, Dec. 14 when the South Dakota State Jackrabbits travel to take on the the North Dakota State Bison at the Fargodome in Fargo, North Dakota. The game will be televised by ESPN2 at 8:00pm ET.

On Saturday, Dec. 15, the Eastern Washington Eagles play host to the Maine Black Bears at Roos Field in Cheney, Washington. ESPN2 will televise the game at 2:00pm ET.

Winners of the semifinal round games will move on to the 2019 Division I Football Championship Game. The contest is set for Saturday, Jan. 5, 2019 at Toyota Stadium in Frisco, Texas (Noon ET, ESPN2).